On this land we are all motion.
We age. Society changes. New people arrive. Old people leave. Memory stays.

Elizabeth Woody, Oregon Poet Laureate
From "Recognition of the Maker," 2000 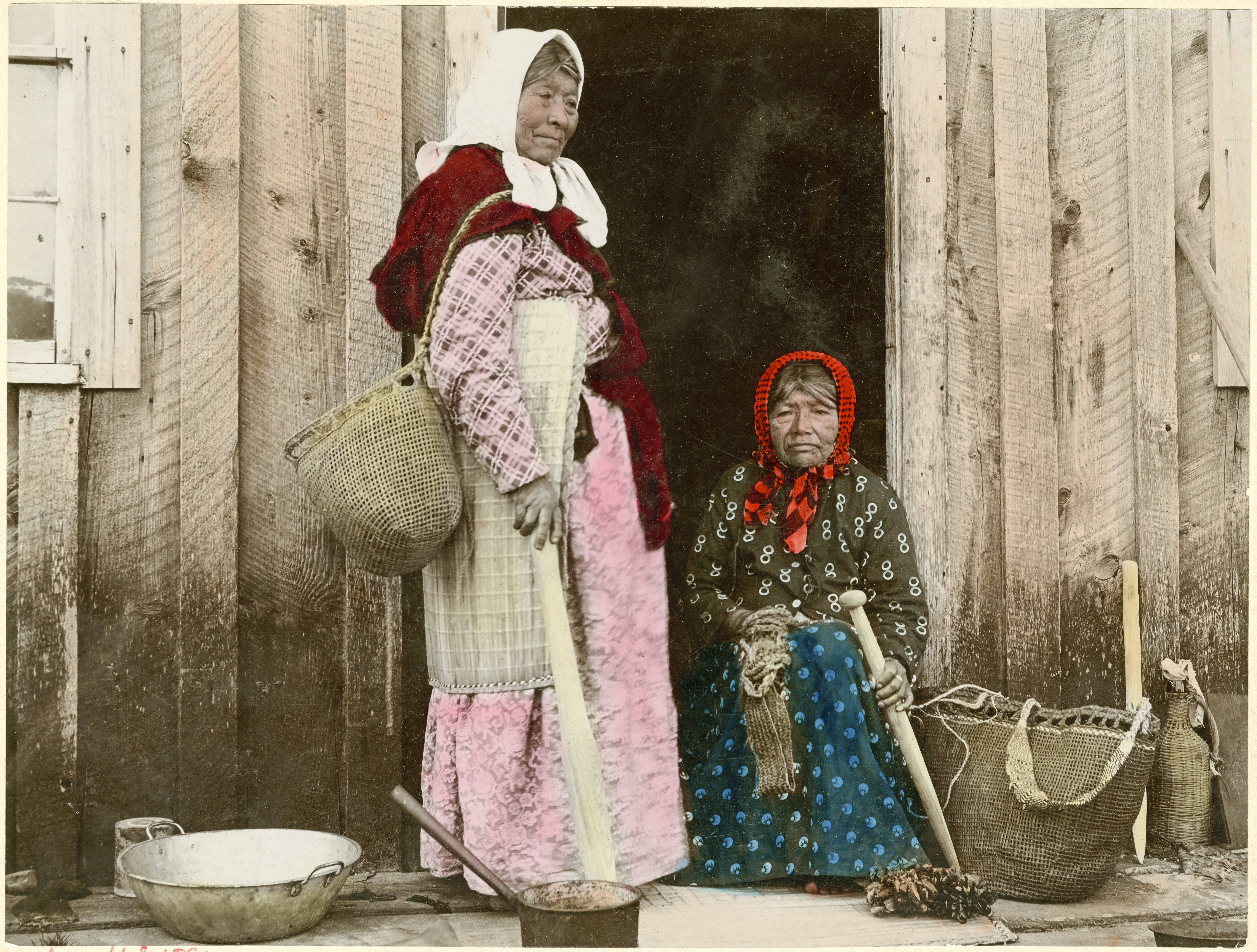 Tsin-is-tum stands in front of an Indian Place house; the woman seated is likely De-o-so, wife of Chief Kotata.

The Portland Metro area rests on traditional village sites of Native peoples. These include those of Chinookan-speaking (or Kiksht-speaking) peoples, such as the Multnomah, Cascade, Clackamas, and Clowwewalla, who made their homes along the Columbia and Willamette Rivers, creating communities and summer encampments in areas rich in natural resources. The Tualatin Kalapuya were the ancestral people in present-day Washington County, and their homelands include portions of West Portland and the towns of Hillsboro, Forest Grove, Beaverton, and Tigard. The traditional homelands of the Molalla people of the northeast Willamette Valley and Cascade Range include areas as far north as Oregon City. In the twenty-first century, Native American residents of urban areas include people from across the region and the larger United States. Enrolled members of Northwest tribes who live in urban areas often have ancestral treaty rights to fish and gather along riverways. Some citizens or descendants of Indigenous people represent degrees of tribal affiliation; some are enrolled, some are not, but all have significant ancestral ties to their tribes and tribal homelands.

“‘Urban’ is not a kind of Indian,” Terry Straus and Debra Valentino (Oneida) wrote. “It is an experience, one that most Indian people today have had.” For generations, many Indigenous people have lived away from their tribal homelands, and Urban Indians from all over the United States are residents of Oregon. Approximately 40,000 Urban Indians live in Portland, the ninth largest such community in the United States, and others live in all thirty-six counties. 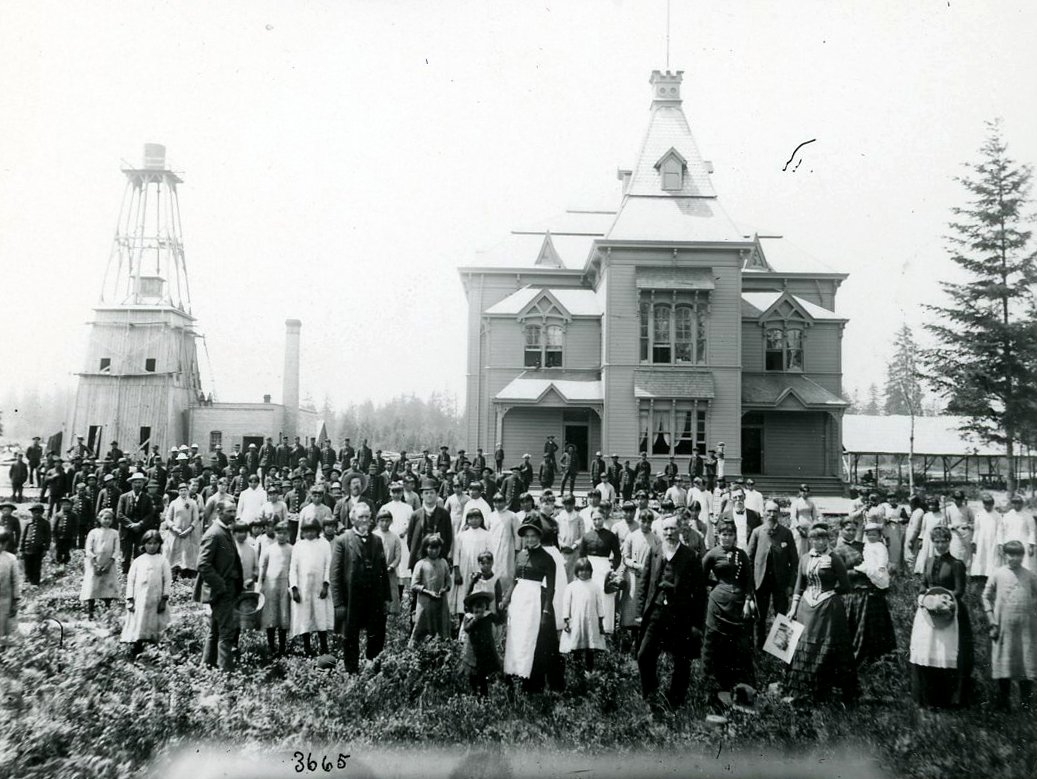 Students and staff on Chemawa grounds, 1887

As early as 1904, Tom Cronise had begun marketing his portrait photography for $0.50 a photo to people who attended classes and lived at Chemawa Indian Boarding School, north of Salem. He took hundreds of photographs of people at Chemawa and in the Salem area, and the Oregon Historical Society holds many of the original negatives. For more of the Cronise Chemewa collection, click here.

Be It Enacted by the People of the State of Oregon:

Whereas Christopher Columbus, a man who is known to have "discovered" the Americas, came upon land that was already inhabited by Indigenous People, his historically cited contributions being either inaccurate or facially not worthy of celebrating...

Section 1. The second Monday in October of each year is designated as Indigenous Peoples' Day.

Section 2. This 2021 Act being necessary for the immediate preservation of the public peace, health and safety, an emergency is declared to exist, and this 2021 Act takes effect on its passage.

Chemawa Indian School, in the mid-Willamette Valley north of Salem, is an accredited high school with grades nine through twelve. It is one of four remaining off-reservation boarding schools funded and operated by the Bureau of Indian Education (BIE). Most of the students come from reservations and communities in the western United States, and some day students live in the Salem area. Enrollment at a BIE school requires membership in a federally recognized American Indian tribe or Alaska Native village.

Chemawa Indian School has been a leader in organized athletics in the Willamette Valley since the 1890s, winning state titles in football, basketball, track, cross-country, and basketball. Opened in Forest Grove in 1880 and moved to Salem in 1885, Chemawa was the second off-reservation boarding school in the nation. During its early years, its sports teams competed with high schools, colleges, city leagues, and reservation teams, and they made an important contribution to the development of intramural athletics in western Oregon. Chemawa athletes are primarily from tribes and reservations in the Plains, Southwest, and Northwest, and many are second- and third-generation legacy students at the school.