Winona LaDuke (Mississippi Band of Anishinaabe Indians) is an internationally respected Native American environmental leader, author, politician, and economist. She is best known for her work in the contemporary Indigenous environmental movement, which is rooted in traditional knowledge, values, and practices. For decades, she has advocated for sustainability and environmental justice for Native nations and lands. It is that work that led to her being tapped by Ralph Nader as his running mate in the Green Party presidential campaigns in 1996 and 2000. LaDuke considers Ashland to be her childhood home.

LaDuke was born on August 19, 1959, in Los Angeles, to artist Betty Bernstein LaDuke Westigard and Native activist and spiritual leader Vincent LaDuke (Anishinaabe), also known as Sun Bear. In 1964, the family moved to southern Oregon, where Winona began kindergarten in Ashland. Her mother, whose works are based on multicultural, global themes, joined the art faculty at Southern Oregon College (now Southern Oregon University). LaDuke’s activism began at the age of ten at a peace rally in Medford that she attended with her mother.

LaDuke attended Ashland public schools through her 1979 high school graduation, and she credits much of her skill at oratory, logic, and persuasion to the Ashland High School competitive debate program and her coach John Tredway. LaDuke attended Harvard University, where she connected with other Native students and became increasingly concerned about environmental issues affecting Indigenous communities and lands. At eighteen years old, she spent a summer in Nevada campaigning against nuclear testing and uranium mining on Navajo lands. Later that year, she addressed the United Nations in Geneva, providing expert testimony about the exploitation of Native lands, the first of many times she has been called on to provide expert testimony to the UN and other international organizations.

With a focus on Native economic development, LaDuke earned a bachelor’s degree in economics from Harvard University in 1982. She moved to the White Earth Reservation in Minnesota later that year, where she is enrolled. While working as an administrator in a reservation school, LaDuke completed a distance graduate program through Antioch University, earning a master’s degree in rural development in 1989.

In 1985, LaDuke helped found the Indigenous Women’s Network, an international coalition of women who, utilizing Indigenous values, engage in activism around issues affecting their families and communities. Four years later, she founded the White Earth Land Recovery Project. As the director of WELRP for twenty-five years, she oversaw the purchase of traditional land and culturally significant sites to be returned to the Tribe and worked to develop tribal economic stability. The White Earth Land Recovery Project received the International Slow Food Award for Biodiversity in 2003.

A proponent of wind turbines and solar power, LaDuke supported the 2016 #NoDAPL movement on the Standing Rock Reservation in North Dakota aimed at halting construction of the Dakota Access Pipeline. She also has worked to halt the Keystone XL and Enbridge pipelines and the practice of hydraulic fracking. In 2017, she turned her attention to establishing a heritage farm on the White Earth Reservation to grow traditional corn, bean, wild rice, squash, tobacco seeds, and hemp. She continues her efforts to address climate change and energy justice within an Indigenous conceptual framework.

LaDuke is the author of several books, including Last Standing Woman (1997), Recovering the Sacred: The Power of Naming and Claiming (2005), and The Winona LaDuke Chronicles: Stories from the Front Lines in the Battle for Environmental Justice (2016). She is the coauthor of three books, numerous articles, and publications of the White Earth Land Recovery Project and Honor the Earth. She was on Time’s 1994 list of Americas’ fifty most promising leaders under forty years old; she was named Ms. Magazine’s Woman of the Year in 1998; and she was inducted into the National Women’s Hall of Fame in 2007.

Winona LaDuke lives on the White Earth Reservation, dividing her time among Honor the Earth, the White Earth Land Recovery Project, environmental and social justice activism, farming, and being a mother and grandmother. She returns regularly to Ashland to see her mother and stepfather and to speak at events, schools, and commencements in southern Oregon.

--- . The Winona LaDuke Chronicles: Stories from the Front Lines in the Battle for Environmental Justice. Winnipeg, Manitoba: Fernwood Press, 2017.

Smith, Huston. “Ecology and Spirituality: An Interview with Winona LaDuke.” In A Seat at the Table: Huston Smith in Conversation with Native Americans on Religious Freedom. Berkeley: University of California Press, 2005. 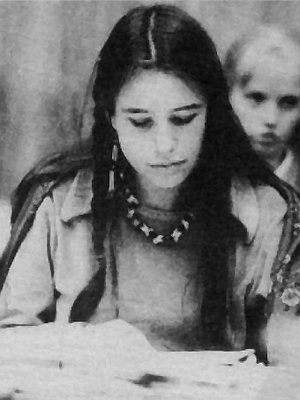 Oregon artist and writer Betty LaDuke has gained an international reputation for her murals, paintings, and sketches. Her work tends to express socialist progress and life’s continuity, from images of America’s civil rights struggles, such as Play Free (1968), to women’s struggles for survival in war-ridden, spoiled lands, such as …

The origins of Southern Oregon University, situated on a leafy hillside overlooking Ashland, go back to 1869 when a group of local citizens, calling themselves the Rogue River Valley Educational Society, met to plan an academy or college. Although they found some funding, acquired a site, and began construction that …