Kathryn Jones Harrison of the Confederated Tribes of Grand Ronde is one of Oregon's important tribal leaders. She is known especially for her work as a member of the Tribal Council of the Grand Ronde and for her contributions during the Termination era, a time when the Eisenhower Administration deprived tribes of formal "recognition."

Born in 1924, the year the Indian Citizenship Act became law, Harrison was orphaned at the age of ten when her parents died in a flu epidemic. She was sent to an abusive foster home in Buxton, Oregon. Afer four years, she fled to the Chemawa Indian Boarding School in Salem. In 1910, her father, Harry Jones (of Molala descent), had been valedictorian there.

At Chemawa, Kathryn Jones was trained to be a servant in Anglo homes, but she ran away after graduation rather than follow that path. With no home of her own, she impulsively married a classmate, Frank Harrison. In rapid succession, they had ten children, all the while following the harvesting of crops throughout the West as migrant laborers.

Frank Harrison became an alcoholic, and the family lived in poverty in unheated, unplumbed shacks. Kathryn was forced to scrounge in dumpsters to feed her children. Still, she managed to maintain contact with her tribe and made certain her children were enrolled as tribal members.

In 1954, the Western Oregon Indian Termination Act ended the tribal status of sixty-one tribes in Oregon. In 1956, each Harrison family member received a $35 check from the sale of their land, but the loss of tribal status meant the end of access to Indian health care and educational services, further imperiling the Harrison family.

In 1974, at age fifty, Kathryn Harrison left her abusive, alcoholic husband and went on welfare. She registered for classes at Lane Community College and, after graduating from the School of Nursing, got a job at the Lincoln City Hospital on the Oregon Coast.

Living near the Confederated Tribes of the Siletz Indian Reservation, Harrison reconnected with friends and relations there and was elected secretary of the Tribal Council. She joined in the successful effort to regain federal recognition for the tribes, testifying before Congress in 1976. Having succeeded in that effort, she returned to her father's tribal home at Grand Ronde and worked with other tribal leaders to achieve the official restoration of their tribal status in 1983. Harrison served on the Tribal Council at Grand Ronde for two decades, often in executive leadership roles.

At Grand Ronde, Kathryn Harrison was instrumental in restoring the tribal land base, working with Oregon Senator Mark O. Hatfield and Representative Les AuCoin on the Reservation Restoration Act of 1988. She played a vital role in 1995 in setting up the most successful tribal casino in the Northwest—Spirit Mountain Casino—after signing a gaming compact with Governor Barbara Roberts. She also worked to establish the Spirit Mountain Community Fund, a charitable foundation that has distributed over $45 millionto nonprofit agencies in northwest Oregon since 1997.

Along the way, Harrison received an honorary doctorate in Humane Letters from Portland State University. She was honored as Alumna of the Year by Lane Community College and received numerous recognitions from women's leadership organizations in Oregon. Now in her mid-eighties, Harrison still serves as Ambassador-at-Large for her tribal government. 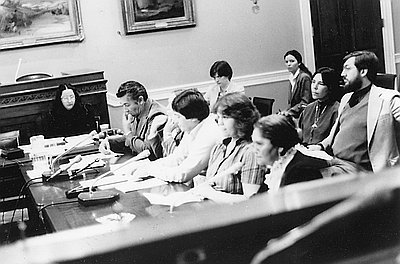 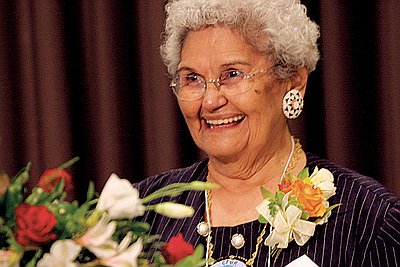