Poet and artist Elizabeth Woody was named Oregon Poet Laureate in 2016, the first Native American appointed to the position. Woody's roots are in the Deschutes and the Columbia River basins, and her heritage of ecological and tribal values has inspired her to write poetry and prose that direct readers’ attention to the relationships between place and culture. In “In Memory of Crossing the Columbia,” she writes: “My board and blanket were Navajo,/but my bed is inside the river.” Woody provides a legacy of memory, a sturdy account of how Native people are born of the land and for the land.

Woody (Navajo, Warm Springs, Wasco, Yakama) is an enrolled member of the Confederated Tribes of Warm Springs. On her maternal grandmother’s side, she is Milee-thlama (People of the Hot Springs) and Wyampum (People of the Echo of Water Upon Rocks). On her maternal grandfather’s side, her ancestors are found among the Wishram, Wasco, and Watlala peoples—people from the middle Columbia River. Woody’s father’s people are Tódích’ínii (Bitter Water), one of the four original Navajo clans created by the female deity Changing Woman. According to Navajo tradition, Woody was born for this clan. Her paternal grandfather's clan is Mą'ii deeshgiizhinii (Coyote Pass—Jemez clan).

Woody was born in Ganado, Arizona, on the Navajo Reservation, in 1959. After her family moved to Madras, she attended Madras High School, and an International High School exchange enabled her to study in Japan for a summer. She graduated from the Institute of American Indian Arts in Santa Fe in 1983 and from Evergreen State College in 1991. In 2012, Woody earned a master’s degree in public administration from Portland State University.

Much of Woody’s work springs from her relationship to the land and peoples of the Columbia River Basin, a connection that is personal and historical. Those attachments show up in her work time and again, as when Woody writes about Celilo Village and Celilo Falls. “The story of Wyam's life is the story of the salmon, and of my own ancestry,” she writes in the essay “Recalling Celilo.” “I live with the…absence and silence of Celilo Falls, much as an orphan lives hearing of the kindness and greatness of his or her mother.”

Hand Into Stone (1988), Woody’s first book of poetry, won an American Book Award from the Before Columbus Foundation in 1990 (it was later reprinted as Seven Hands, Seven Hearts). Her second book, Luminaries of the Humble (1994), was a finalist for the Oregon Book Award. As a poet, fiction writer, and essayist, her work appeared in Dancing on the Rim of the World (1990) and Reinventing the Enemy's Language (1998). She received the William Stafford Memorial Award from the Pacific Northwest Booksellers Association in 1995.

Woody’s creativity is not limited to poetry and writing. She was the studio manager for her aunt, visual artist Lillian Pitt, and apprenticed through the Oregon Folk Arts Master-Apprenticeship program with traditional basket weaver Margaret Jim-Pennah. She is a visual artist and illustrator in numerous media, including photography, paper, and pastels, and has exhibited her work nationally. Her artwork appears on the cover of Old Shirts and New Skins (1993), a poetry collection by Sherman Alexie.

Woody served on the steering committee for the Affiliated Tribes of Northwest Indians, the advisory board for the Indigenous Ways of Knowing Project at Lewis & Clark College, and on Willamette University’s Advisory Council for Native Programs. She is a founding board member of Soapstone, a literary organization based in Oregon, and serves on its board of directors. She also served as a program officer for the Meyer Memorial Trust and was a founding member of the Native Arts and Cultures Foundation, serving on its board.

Navajo tradition explains that the Tó dích'íinii Clan are philosophers and educators who “share their knowledge with others,” and Woody has followed that tradition in her teaching. She has taught creative writing in classrooms and writing workshops in many states throughout the West. She participated in the Northwest Wordcraft Circle and the Flight of the Mind Writing Workshops for Women in McKenzie Bridge, Oregon. And in her travels throughout the state as Poet Laureate, Woody has had a special interest in visiting rural communities. 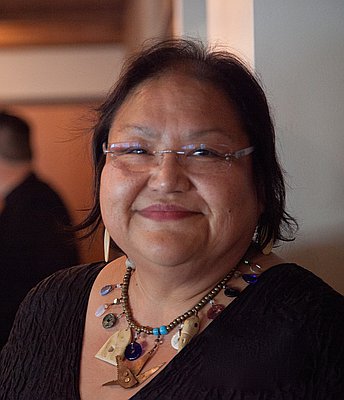 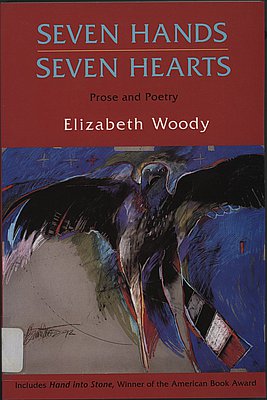 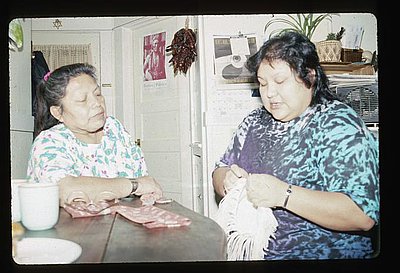 Celilo Falls (also known as Horseshoe Falls) was located on the mid-Columbia River about twelve miles east of The Dalles. It was part of an approximately nine-mile-long indigenous fishery that included sites such as the Upper Dalles, the Lower Dalles, Three Mile Rapids, Five Mile Rapids, and Big Eddy.

Lillian Pitt (Warm Springs, Wasco, and Yakama) was born on the Warm Springs Reservation in 1943 and moved to Portland in the early 1960s after graduating from Madras High School. When back problems threatened her career as a hairdresser in the 1970s, she began taking art classes at Mount Hood …