The Willow Creek basin that cradles Madras held four homesteads in 1902 when John Palmehn platted the town. It was initially called Palmain, an Americanized version of Palmehn, but the U.S. Postal Department denied that moniker, noting it too closely resembled Palmer, a community that has long since vanished. Debate continues how Madras was chosen as the second option, but it stuck.

A commercial district rapidly formed in Madras, fueled by the promise of a railroad through town. The town incorporated in 1910, and the Oregon Trunk Railroad and Deschutes Railroad Co. both arrived in 1911. Jefferson County was forged out of Crook County in 1914, with Culver as the county seat. In 1916, however, a countywide vote gave the seat to Madras; and in the early morning hours of January 1, 1917, Madras area residents went to Culver and secured—stole, according to Culver versions—the county records.

In 1937, over twenty years after a local irrigation district formed, the Roosevelt Administration approved the Deschutes Project, which brought irrigation water to nearly 60,000 acres in central Jefferson County’s North Unit Irrigation District. World War II slowed the project, but it also brought a U.S. Army air base to town, an economic lifeline for Madras, whose population had dwindled to fewer than 300 residents.

In 1946, irrigation water finally reached the district, and the dry-land wheat country soon turned green. The irrigation project created a land rush and a population boom in Madras and the surrounding area, and the farmland around the town would eventually produce some of the world’s finest mint and seed crops.

Two dams built by Portland General Electric reshaped the region, bringing hundreds of new residents and changing the landscape. PGE finished Pelton Dam in 1958 and, a few miles upstream, Round Butte Dam in 1964. Both are on the Deschutes River near its confluence with the Crooked and Metolius Rivers. Round Butte Dam created Lake Billy Chinook, where the Cove Palisades is one of the most popular state parks in Oregon.

Among the town’s more famous residents is Jake DeShazer, a member of Doolittle’s Raiders, who undertook daring bombing raids during the early days of World War II. DeShazer survived being shot down over China and three years in a Japanese prison camp. Madras is also the birthplace and boyhood home of Boston Red Sox outfielder Jacoby Ellsbury. He made the Majors in 2007, starring in that year's World Series. He made the American League All-Star team in 2011.

Farming and ranching continue to be an important part of the local economy. Bright Wood Corporation, a wood-remanufacturing plant owned by the Stovall family, employs approximately 650 people at its Madras plant. Deer Ridge Correctional Institution, a state prison, is also located just east of Madras.

The town’s location at the junction of U.S. Highways 97 and 26 make Madras a popular spot for travelers on their way to central Oregon. With strong influences from both Hispanics and Native Americans and a century-long relationship with the neighboring Confederated Tribes of Warm Springs (the tribal children come to Madras for middle and high school), Madras has grown into a multicultural community with a 2010 population of nearly 7,000 people. 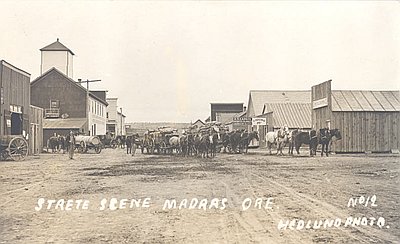 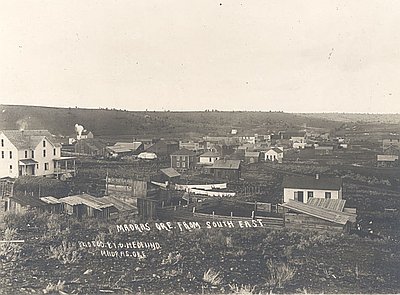 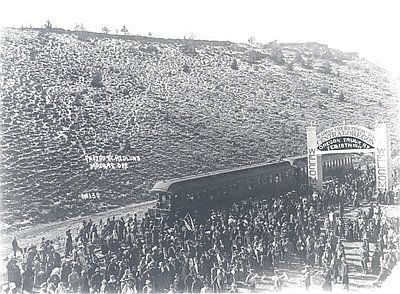 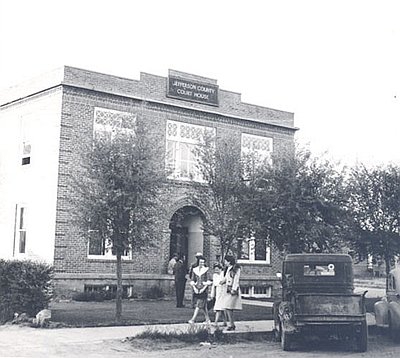 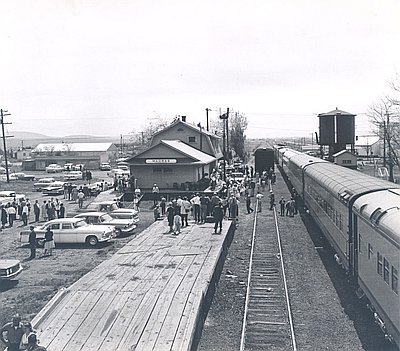 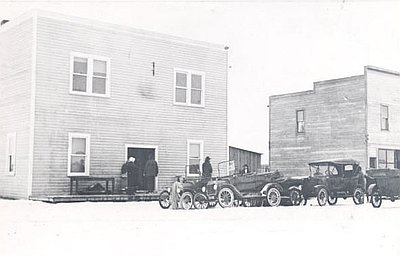 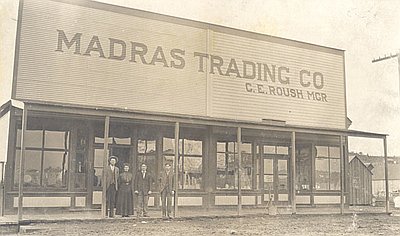 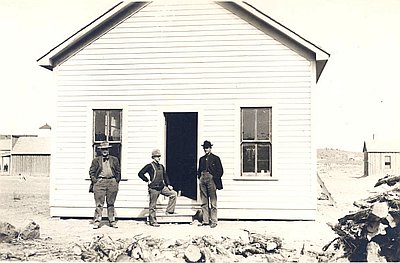 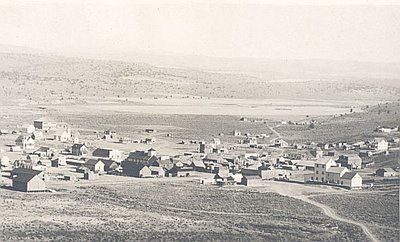 The town of Culver, north of Haystack Butte in south-central Jefferson County, had its beginings as Perryville in the 1880s. It was named after Perry Read, who established a stage station on the road to Prineville. By 1900, the settlement had a store, a school, a blacksmith shop, and a …