Lewis & Clark College, a private and academically selective liberal arts college in Portland, is recognized nationally for its excellence in undergraduate teaching, its contributions to the public good, its environmental and sustainability efforts, and its overseas study programs. In 2017, when the college celebrates its sesquicentennial year, its history will be recognized on a campus that has been identified as one of the most beautiful in the nation.

Lewis & Clark College has been on Palatine Hill in southwest Portland since 1942, yet its origins are in efforts seventy-five years earlier. In 1867, the Oregon Legislature granted a charter to Albany Collegiate Institute, a coeducational, Presbyterian-related school in the small town of Albany, about sixty miles south of Portland. Founding leaders Thomas and Walter Monteith had arrived from New York in 1848, platted the town, and set aside four blocks as College Square. Their brother, Rev. William J. Monteith, organizing minister of Albany Presbyterian Church, was appointed the first president of the Institute. Another founding leader, the Reverend Edward R. Geary, was commissioned by eastern Presbyterian Church boards to "establish churches and found colleges" in the Pacific Northwest and served as first president of the school's Board of Trustees and third president of the Institute.

Established "with the view of increasing knowledge in the liberal arts and sciences for the development of character under moral and religious influences," the Institute offered courses for students in the elementary grades through college. Women and men shared a collegiate curriculum of classics and traditional courses. The first graduates, in 1873, were five women.

The school was renamed Albany College in 1905, and ownership transferred to the Presbyterian Synod of Oregon. During the Great Depression, an extension opened in Portland in 1934. When the Albany campus closed in 1938, students and faculty were relocated to leased facilities in downtown Portland.

By 1942, with the survival and transformation of the school in mind, trustees selected Dr. Morgan S. Odell, a respected scholar at Occidental College, to serve as the nineteenth president on a new campus. That year, Albany College accepted the offer of the Lloyd Frank family to sell their Fir Acres estate on Palatine Hill for $46,000.

The 63-acre property, about six miles from downtown Portland, was developed at a cost of $1.3 million in the mid-1920s. The Fir Acres estate included gardens, a manor house and gatehouse, which today serve as administrative offices, and other buildings designed by Herman Brookman, a New York architect and landscape designer. The central axis of the college, from the gatehouse to the manor to the rose gardens, was entered on the National Register of Historic Places in 1979.

With the acquisition of the new campus in 1942 came a new name—Lewis & Clark College. The trustees chose the name as a "symbol of the pioneering spirit that had made and maintained the College." This same spirit is found in the school's motto, “Explorare, Discere, Sociare”—to explore, to learn, to work together.

Growing enrollment in Lewis & Clark College after World War II encouraged the trustees to expand the school’s campus to 137 acres. In 1966, the college and the Presbyterian Synod of Oregon agreed to end governance bonds that had been in place for nearly a century. While continuing to honor its Presbyterian heritage, the college transitioned to an independent institution with increased funding opportunities. During President John R. Howard's tenure, from 1960 to 1981, over twenty buildings were constructed on the Fir Acres undergraduate campus.

The Aubrey R. Watzek Library, designed by modernist architect Paul Thiry, was completed in 1967. Sculptor Chief Lalooska (Cherokee), who lived near the Lewis River in southwestern Washington, created the figures that greet visitors to the building. The library is in the heart of the Fir Acres campus and shares an online catalog with the Boley Law Library, the largest law library in the state.

Watzek Library offers access to over 150 research databases; participates in the Orbis Cascade Alliance, a consortium of Northwest academic libraries; and shares the consortium's Summit union catalog of thirty-five member institutions. The Special Collections include the most complete collection ever assembled of printed materials on the Lewis & Clark Expedition, a large body of writings by poet William Stafford, and papers related to World War II Civilian Public Service.

The Agnes Flanagan Chapel, designed by Thiry, was completed in 1968. Sculptures by Chief Lalooska flank the entrance of the chapel, a distinctive sixteen-sided structure that seats 600 people. Used for concerts, performances, lectures, and services, the chapel houses a magnificent Casavant organ with 85 ranks. Most of its almost 5,000 pipes are suspended from the pinnacle of the ceiling.

The Pamplin Sports Center was completed in 1969 and, along with Griswold Stadium, is athletic home to the Pioneers. The college competes mainly in the Northwest Conference against eight NCAA Division III institutions in the Pacific Northwest. Over 20 percent of students participate in one of nine male and ten female varsity sports teams.

Global interdependence is a major theme at the college, with over 60 percent of undergraduate students participating in overseas study programs. As of 2013, about four hundred had served in the Peace Corps, and over fifty had received Fulbright Scholarships. Lewis & Clark students have also received Goldwater, Hertz Foundation, Madison, Mellon, National Science Foundation, Rhodes, Truman, Udall, and Wilson scholarships and fellowships.

Lewis & Clark College seeks to integrate theory and practice in its programs, cultivates leadership and service, and is committed to diversity and sustainability as dimensions of a just society. Among its graduates are Earl Blumenauer, a U.S. congressman; Isaac Holeman, the cofounder of Medic Mobile; Jeanne Holm, the first female brigadier general in the U.S. Air Force and the first female major general in the U.S. Armed Forces; Robert B. Pamplin Jr., the president and CEO of R.B. Pamplin Corporation; Susan Willis Tolle, the director of the Center for Ethics in Health Care at OHSU; and Matt Wuerker, a Pulitzer Prize-winning editorial cartoonist. Among the many faculty of note are poet William Stafford, who received the National Book Award in 1963, and poet Mary Szybist, who received the same award fifty years later. 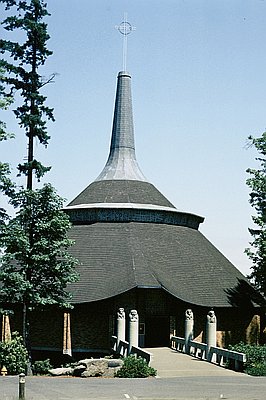 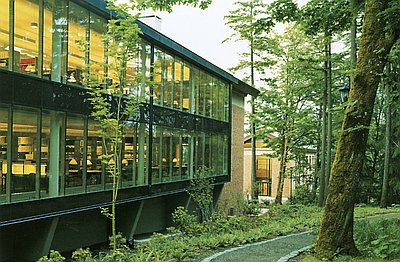 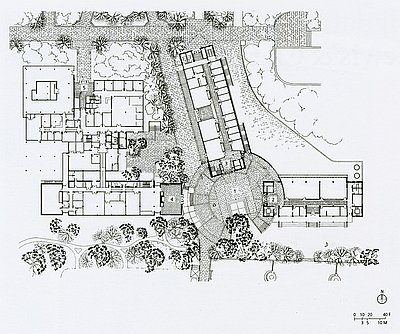 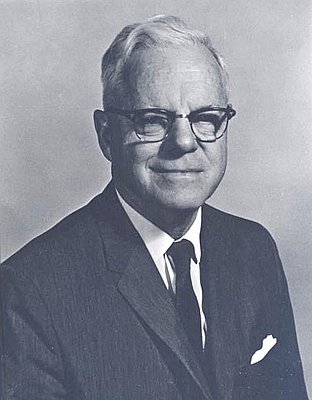 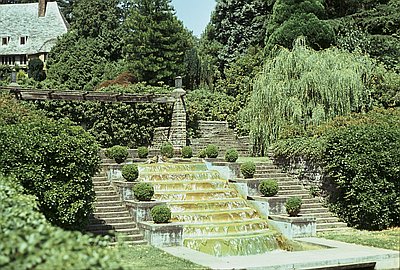 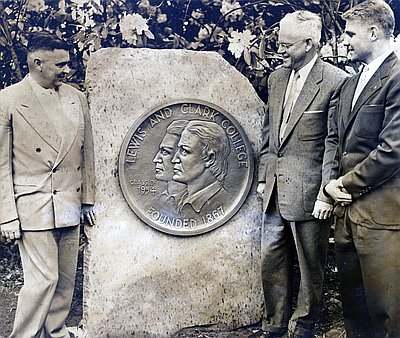 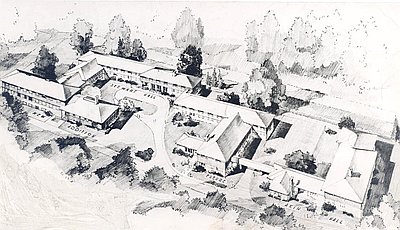 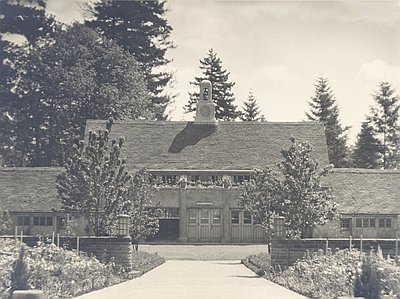 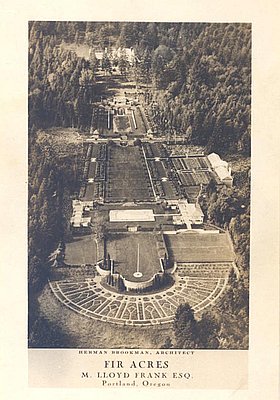 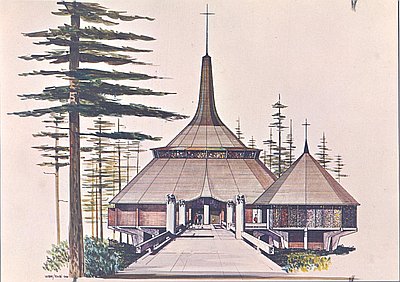 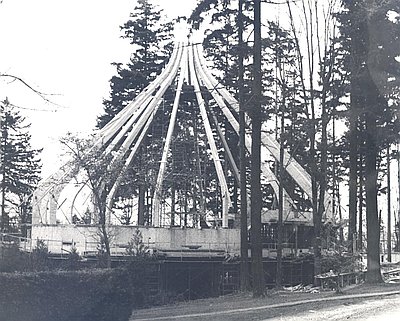 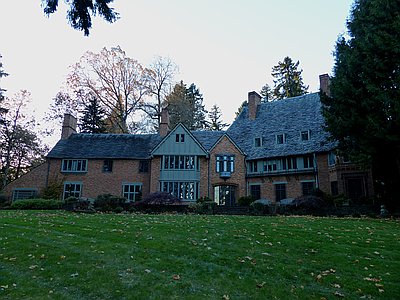 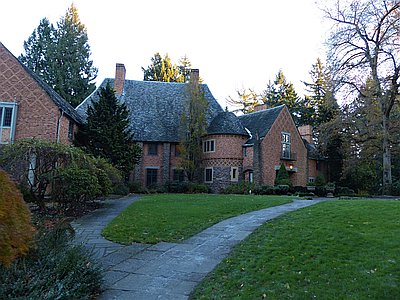 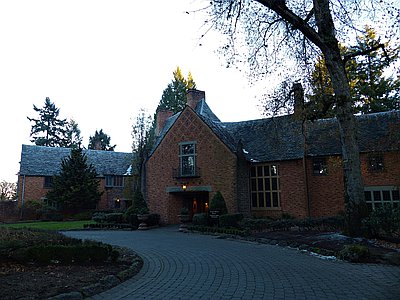 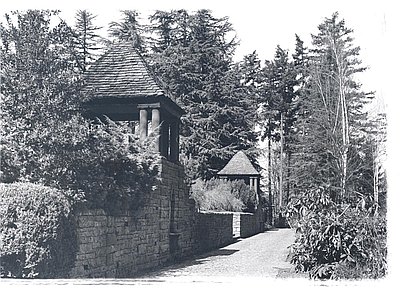 Lansing, Ronald B. Crystalling the Legacy: Stories and Reflections on the Accreditation Era of a Law School, 1965-1974. Portland, Ore.: Northwestern School of Law of Lewis & Clark College, 2011.