"Founded on a bluff and run on that principle," as historian Jim Covert writes, the University of Portland was born on the morning of September 5, 1901, when the president casually rang a bell and summoned the other seven professors and forty boys to classes. From that moment on the steps of Waldschmidt Hall (now on the National Register of Historic Places), the school has become a nationally known university with 3,300 students, 200 professors, and an annual economic impact on Portland of some $170 million. Its alumni have earned Olympic gold medals, been elected senators and governors, and earned recognition in arts, business, teaching, and nursing. Among the university's better-known alumni are Howard Vollum (1935), founder of Tektronix; heart-valve inventor Donald Shiley (1951); U.S. ambassadors Dennis Barrett (1959) and Jim Larocco (1970); writer Jean Auel (1976); and international soccer star Tiffeny Milbrett (1995).

Oregon at the turn of the twentieth century was so unfriendly to Catholics that a ballot measure banning private education (aimed at Catholic schools) passed in 1922. Three years later, the U.S. Supreme Court overturned the law in Pierce v. Society of Sisters. Adamant that boys should have the opportunity for a Catholic college education in Oregon (girls could attend what is today Marylhurst University, the only other Catholic college in Oregon), Archbishop Alexander Christie bought the lone hall and attendant acreage of the defunct Portland University, a short-lived Methodist college, on a bluff over the Willamette River in north Portland. Christie named the school Columbia University, honoring the Columbia River, and enlisted the help of the Congregation of Holy Cross, the Catholic order of priests and brothers that ran the University of Notre Dame.

By 1922, the new university offered a college degree, and in 1935 the name was changed to University of Portland. Women were admitted in all areas of study in 1951. In 1967, the Congregation handed legal title to the university to a lay board of trustees; and by 2002, when the university concluded its centennial year, U.S. News & World Report ranked it among the best ten regional universities in the nation and one of the "best educational bargains in the West." The University of Portland is known especially for the quality of its teachers (four professors have earned state or national professor-of-the-year honors) and for its successful women's soccer team, which won the NCAA Division I national championship in 2002 and 2005.

Since its early years as a liberal arts college focusing on the humanities and sciences, the University of Portland has expanded. It absorbed the former St. Vincent's School of Nursing in 1936 and the Multnomah College of Engineering in 1948. The university also opened a business school in 1935 (now named the Dr. Robert B. Pamplin, Jr., School of Business) and a school of education in 1962. The university serves primarily undergraduate students, but it also has eleven master’s degree programs and one doctoral program (nursing).

The University of Portland stretches over 170 acres, both on the bluff and below on the riverfront on what was known as the Triangle Park Property. The riverfront campus, purchased in 2008, gives the university an opportunity to reconnect with the Willamette River in a manner not seen since its early years, when students were required to pass swimming tests in the river. Early plans include environmental science labs, a salmon recovery center, and a boathouse.

The University of Portland is the only comprehensive Catholic university in the state, and about 13,000 alumni live in the Portland metropolitan area. It contributes to Oregon’s civic life as a cultural center, with speakers, plays, sports, concerts, conferences, and symposia. It is the largest corporation in north Portland. Some 40 percent of its students each year are Oregonians. 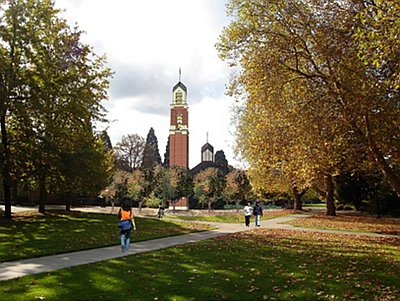 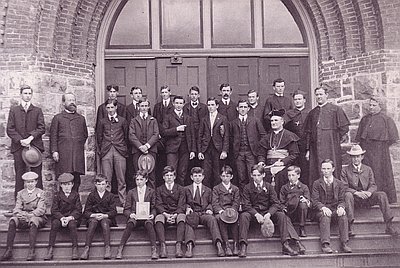 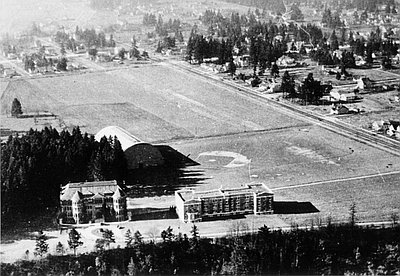 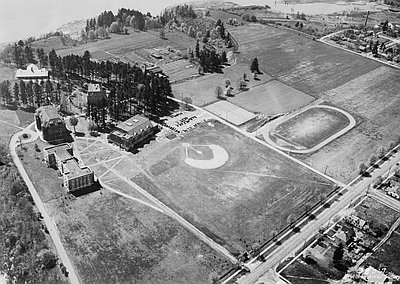 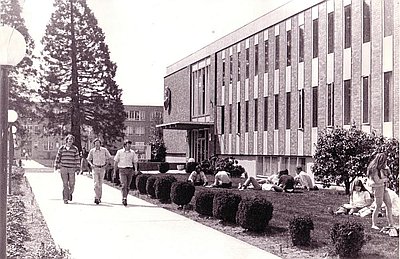 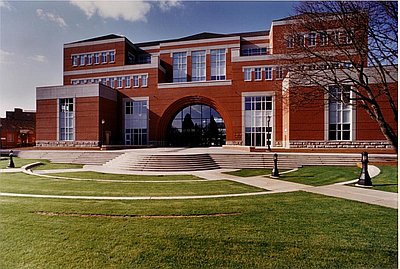 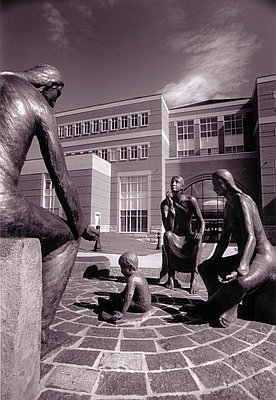 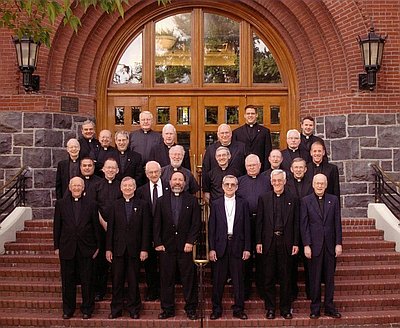 Covert, James T. A Point of Pride: The University of Portland Story. Portland: U. of Portland Press, 1976.