In 1883, British scholar Richard Hopwood Thornton and Matthew Paul Deady, Oregon's sole federal district court judge, took steps to found a night law school for Oregon. In 1884, they persuaded the University of Oregon to establish the school in downtown Portland, with Thornton as professor-in-charge. Law classes began that autumn with two enrollees. In 1903, Judge Calvin Gantenbein, a decorated Spanish-American War veteran, took over as dean of the Portland school.

The University of Oregon abandoned the school in 1915 and moved its law department to Eugene. Dean Gantenbein took over as the sole proprietor of the Portland school, retaining the same lawyers and judges as faculty and the same student body, library, academic requirements, and place of operations. He named it the Northwestern College of Law.

Dean Gantenbein died during World War I, and Judge J. Hunt Hendrickson became dean and part owner of the school with the Gantenbein family. He served in the decades between the two world wars.

During World War II, when a number of students left the school for the military, Judge John Flint Gantenbein (son of Calvin) took the proprietorship and saved the school with loans and the sale of his house. After the war and throughout the 1950s, the night school thrived under Judge John W. Crawford, as dean, and Gantenbein, as owner and registrar. Taught by lecturers who were practicing lawyers and judges, the students who had jobs and families were afforded law career opportunities not otherwise available. Graduates included Oregon's first Black judge (Aaron Brown), first woman judge (Mary Jane Spurlin), first Black woman judge (Mercedes Deiz), and first woman justice on the Oregon Supreme Court (Betty Roberts). Reportedly, in the mid-1900s, more than one-third of Oregon's lawyers and judges were Northwestern graduates.

Throughout its first eight decades, Northwestern was a nomad in downtown Portland. Its refuge moved from the living rooms of lecturers to the Chamber of Commerce building to the Multnomah County Courthouse to the Sherlock Building to the Giesy Building. In 1967, the school moved to the campus of Lewis & Clark College in Portland's southwest hills. Two years earlier, the two schools had merged under the name Northwestern School of Law of Lewis & Clark College, now known simply as the Lewis & Clark Law School.

In all of its decades, the law school had never tried to gain recognition from the American Bar Association (ABA) or the American Association of Law Schools (AALS). With the merger, accreditation became the goal. A full-time faculty of law professors and a dean were hired. Daytime law schooling began, along with the continuing commitment to evening education. Law library volume count and research access were refined, and curriculum courses and programs were expanded. National recruitment of students commenced, and an environmental law journal was founded.

In 1970, the Portland law school moved into its first permanent home after eighty-six years of wandering. A law-building complex was constructed on the edge of Tryon Forest near the Lewis & Clark campus. It was a final step in gaining provisional accreditation. The ABA gave full accreditation in February 1973, and AALS did the same in December 1973.

Since its merger with Lewis & Clark College, the law school has grown from five to over 50 full-time faculty, from 200 to more than 700 students, from 7,000 to well over a half million books in its library, and from rented quarters to its own four-building campus on approximately eight acres. 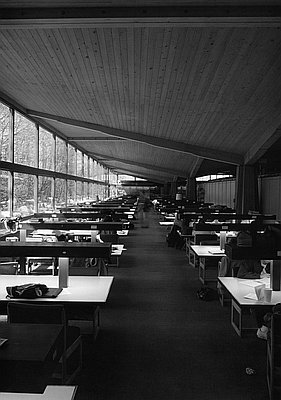 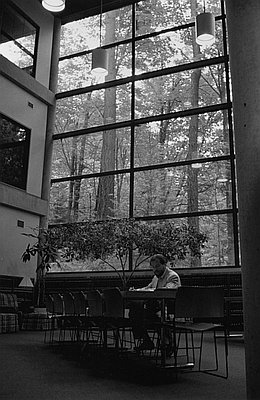