Kim Stafford, Oregon’s ninth Poet Laureate, is a poet, essayist, memoirist, short story writer, and songwriter. An influential teacher recognized for his contributions to Oregon literature, he is a popular public speaker, storyteller, and workshop leader. He is the founder of the Northwest Writing Institute at Lewis & Clark College and a co-founder of Fishtrap. A lifelong peace activist, Stafford links his poetry, teaching, and politics as searches for "how to be a good citizen in a troubled country.”

Born in 1949, Stafford grew up in a word-friendly home, the second of four children of poet and teacher William Stafford and teacher Dorothy Stafford. In his early years, following his father’s career, the family moved often but by 1957 had settled in Lake Oswego. He attended the University of Oregon, where he earned bachelor's and master's degrees in English and a doctorate in Middle English literature. A conscientious objector during the Vietnam War, he subsequently worked as an oral historian, editor, printer, photographer, and scholar. In 1979, he began teaching at Lewis & Clark College in Portland, where he has been since.

The author of more than a dozen books, Stafford’s poetry has been published in national magazines and journals and collected in several volumes stretching over five decades, from A Gypsy’s History of the World (1976) and Wild Honey, Tough Salt (2019). He also has self-published a series of chapbooks, beginning in 2017 with The Flavor of Unity: Post-Election Poems. His poems have been inscribed into public artworks, from OHSU’s Doernbecher Children’s Hospital to the plaza at TriMet’s Orenco Station light-rail stop.

Stafford has published three collections of essays, including Having Everything Right: Essays of Place (1986), which won a Western States Book Award. He has written two memoirs, Early Morning: Remembering My Father, William Stafford (2003) and 100 Tricks Every Boy Can Do: How My Brother Disappeared (2012); a children's book, We Got Here Together (1994); a collection of short fictions, Wind on the Waves: Stories from the Oregon Coast (1992); and a handbook about writing, The Muses Among Us: Eloquent Listening and Other Pleasures of the Writer’s Craft (2003). He has produced two CDs of his original songs and a radio series for National Public Radio and has edited several books by his father, William Stafford. Kim Stafford been nominated several times for an Oregon Book Award, in more categories than any other writer.

In 1984, Stafford co-founded the Oregon Writing Project at Lewis & Clark College as a way for K-12 teachers to explore how to help their students write more effectively. Two years later, he started the Northwest Writing Institute to offer opportunities “for students, teachers, writers, readers, and cultural citizens of all kinds to tell their stories in thoughtful and evocative words.” Under the auspices of NWI, he helped launch the Fishtrap Writers gathering in Wallowa County, the Haystack Program in the Arts at Cannon Beach, writing classes at the Sitka Center for Art and Ecology in Otis, Fir Acres Summer Seminars at Lewis & Clark College, and the Documentary Studies and Oregon Folk Arts programs. Thousands of students have worked with Stafford through artists-in-the-schools projects and at writing festivals. He also has worked with adult audiences, ranging from the Oregon Legislature to the Cowboy Poetry Festival to the U.S. Forest Service, and has given workshops in Scotland, Italy, and Bhutan.

Stafford was a member of the Oregon Governor’s Task Force on Arts & Culture and has been a consultant to the Oregon Arts Commission. He received a Governor’s Arts Award in 1998 and the Stewart H. Holbrook Literacy Legacy Award from Literary Arts in 2007.

In May 2018, when Stafford was appointed Poet Laureate, Governor Kate Brown wrote: “Kim Stafford is one of our state’s most generous literary teachers, and I am proud to appoint him.” During his two-year appointment, he is creating a series of online resources, gathering Oregon poems and pairing them with writing ideas. “I'm especially interested in Oregon poetry on local themes,” he said. “I think of poetry as a very practical tool for understanding local life.…In a society of diverse backgrounds and perspectives, poetry builds community.”

Stafford lives in Portland with his wife Perrin Kerns, a teacher and filmmaker. 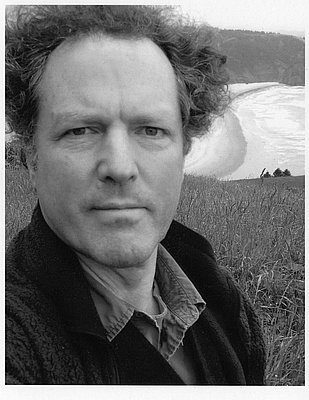 “A Poet’s Quest to Find the ‘Flavor of Unity’ in Divisive Times.” February 6, 2017. https://www.pbs.org/newshour/arts/poetry/poets-quest-find-flavor-unity-divisive-times.

Poet and artist Elizabeth Woody was named Oregon Poet Laureate in 2016, the first Native American appointed to the position. Woody's roots are in the Deschutes and the Columbia River basins, and her heritage of ecological and tribal values has inspired her to write poetry and prose that direct readers’ …

The joint appearance in 1927 of the controversial pamphlet Status Rerum by writers H.L. Davis and James Stevens and the new regional magazine Frontier edited by H.G. Merriam signaled a notable transition in the literary history of Oregon. These two publications pointed to—even denounced—the inadequacy of Oregon and Pacific Northwest …

Peter H. Sears, a poet and educator, served as Oregon Poet Laureate from 2014 to 2016. His poems appeared in dozens of literary and popular publications, including the New York Times, the Atlantic, Field, and Rolling Stone, and he published eight collections and chapbooks. Working in a …