Peter H. Sears, a poet and educator, served as Oregon Poet Laureate from 2014 to 2016. His poems appeared in dozens of literary and popular publications, including the New York Times, the Atlantic, Field, and Rolling Stone, and he published eight collections and chapbooks. Working in a range of forms and styles, from formal to free verse and from nonlinear expressionism to more speaker-centered narration, Sears wrote poetry that is both whimsical and earnest, playful and deadly serious about the challenges of human existence. Poet David Biespiel called Sears a “surveyor of everyday spots of time, a Wordsworthian with an American accent…a Western dark humorist.”

Born in New York City on May 18, 1937, Sears was raised on eastern Long Island, which he memorialized in poems such as “Bike Run,” “Icehouse Beach,” and “The Brink,” the name of his grandparents’ house in Quogue. His maternal grandmother, Mary Devereux, was a popular New England novelist; his mother trained in modern dance; and his father was a successful architect. Sears graduated from Yale with a degree in English in 1959 and joined the U.S. Army, serving as a linguist and cryptographer in West Berlin from 1959 to 1962, an experience dramatized in “Escape from East Berlin.” He established a lifelong satiric stance on the horrors of war, as seen in later poems such as “Iraqi Women” and “The Problem of Being a Pallbearer in this City Under Siege.” In 1972, he completed an MFA in poetry at the University of Iowa Writer’s Workshop. He married Stana Snider in 1975; their daughter Rivers Elizabeth was born in 1977.

Sears was the writer-in-residence at Reed College in 1974 and the next year took a position at Bard College, where he taught and served as dean of students. In 1985, he returned to Portland, where he worked as the community services coordinator for the Oregon Arts Commission (1986-1996). He teamed up with poet Kim Stafford in 1995 to establish the Friends of William Stafford, honoring the legacy of Kim's father, William Stafford (1914-1993), who was Oregon Poet Laureate and a consultant to the Library of Congress. Sears and Michael Malan co-founded Cloudbank Books in 1999 and began editing and publishing its poetry journal, Cloudbank. Sears and Snider divorced in 1982; he married writer and scholar Anita Helle in 1988.

Always a teacher, Sears led writing classes at Lewis & Clark College, Portland State University, Portland Community College, and Pacific University in Forest Grove. A writer-in-residence in Portland-area schools, he gave workshops through Mountain Writers in Portland and Fishtrap in Enterprise and published several essays and two books for young writers, including Secret Writing: Keys to the Mysteries of Writing and Reading (2000).

Sears’s skill as a poet was his ability to establish realistic moments that dive and zigzag into zany action, interrogating the language and conditions of a situation and revealing sometimes dark, often hopeful truths about human survival. Oregon Poet Laureate Paulann Petersen described his poems as “wild, un-corralled, emancipated…funny, wise and moving.” He was able to free associate without blurring into abstraction, which helped make his work accessible and popular. His poetry also frequently entered liminal spaces between land and water, driving and arriving, wakefulness and dreaming, and the suspension of physical action and mental contemplation. “Night Golf,” “Moon Gliding,” “Snow at Night,” and “I Turn My Email Off,” for example, hold readers in states of multidimensionality. Yet another dimension of existence, his lung cancer, was the subject of several powerful poems, including “Petals” and “Chemo Silver.”

The Brink, published in 1999, won the Peregrine Smith Prize and the Western States Book Award. In April 2014, Oregon Governor John Kitzhaber appointed Sears as the state’s seventh poet laureate. He published Small Talk: New and Selected Poems that year and performed dozens of readings and workshops around the state. A strong advocate for language diversity, Sears created the Expanding Voices program that teamed the laureate with authors and translators reading in languages other than English. In 2017, Western Oregon University established the Peter Sears Poetry Prize to honor him.

Peter Sears remained an active writer until his death on July 20, 2017. In a late poem, “Borneo,” the speaker asks a friend to boycott his funeral: “Remind them you just saw me in Borneo, and I looked / healthy enough.” 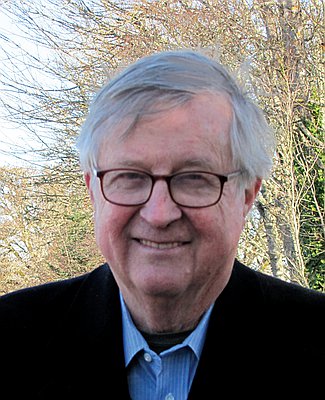 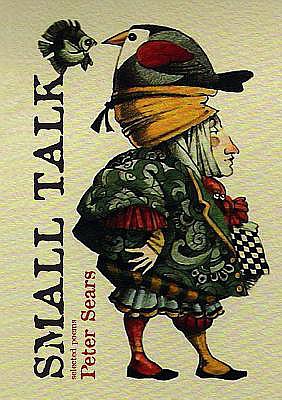 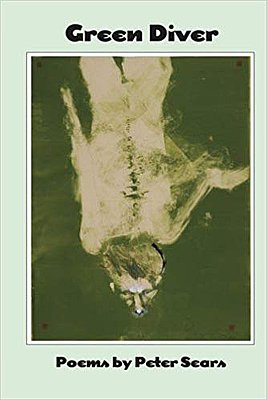 Kim Stafford, Oregon’s ninth Poet Laureate, is a poet, essayist, memoirist, short story writer, and songwriter. An influential teacher recognized for his contributions to Oregon literature, he is a popular public speaker, storyteller, and workshop leader. He is the founder of the Northwest Writing Institute at Lewis & Clark College …