The journal was conceived by Robert Hamm, a West Linn teacher who launched the first issue in 1979. The aim of the journal was to provide a lively forum for English language arts teachers to share ideas about current issues and practices with colleagues in Oregon and around the nation. From its inception, the journal included classroom accounts, teaching suggestions, literary essays, research reports, advocacy articles, interviews, book reviews, poetry, and fiction. A volunteer board of Oregon teachers and writers reviews all submissions in a double-blind evaluation process.

Hamm was editor until 1984, when he was succeeded by Dennis Evans, an English professor at Oregon State University. Michael Wendt was editor of OEJ from 1985 to 1988, and Ulrich Hardt, an English educator at Portland State University, served from 1988 to 2017. During Hardt’s tenure, some issues of OEJ were guest-edited by working teachers, including elementary specialist Daune Spritzer and Portland Community College teacher Joe Fitzgibbon. Kimberly Campbell, chair of Teacher Education at Lewis & Clark College, has been the editor of the journal since 2017.

Under Hardt’s leadership, the Oregon English Journal published annual themed issues. Some were local in nature—on the literature of Oregon and the Lewis and Clark Expedition, for example, and on authors Beverly Cleary, Brian Doyle, Ursula K. LeGuin, and Walt Morey. Others focused on teaching concerns such as working with talented and gifted students, addressing conventions of writing, and nurturing poetry, and some examined topical matters such as ecological literacy. The National Council of Teachers of English (NCTE) selected twenty-six of the themed issues for national promotion and distribution.

In 2011 and 2013, Oregon English Journal won the annual NCTE award for the best affiliate professional journal in the United States, specifically for issues on New Uses of Technology in Schools and Literature across Borders. 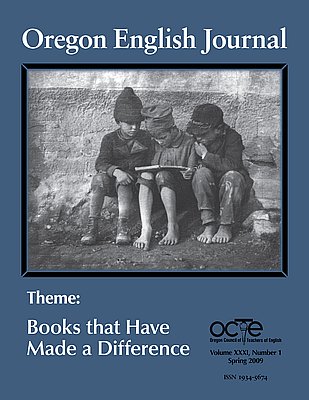 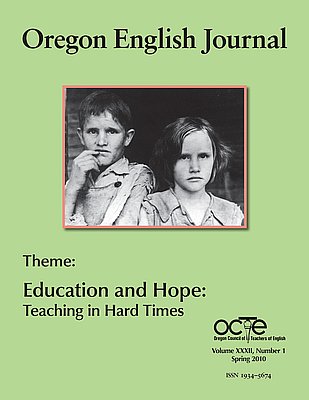 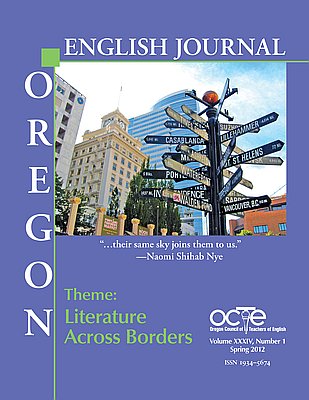 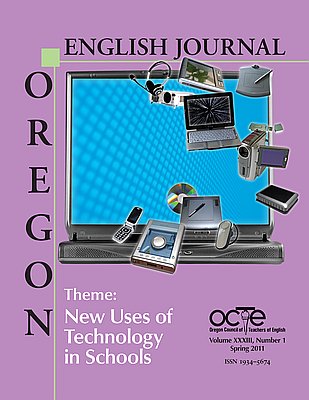 Beverly Cleary is Oregon’s most famous author of children’s books. Born in McMinnville, Oregon, in 1916, Beverly Bunn lived on a farm in Yamhill. Her family moved to Portland, where she attended elementary and high school. It was a school librarian who suggested that she should become a writer of …

Writer Brian Doyle explored the spirit of Oregon’s small towns and the wonders of the world. Describing himself as “a story catcher,” he wrote about spirituality, family, nature, place, wine, and the human heart with a distinctive playful style and zest. The author of over two dozen books, Doyle was also …

Eric A. Kimmel is Oregon’s most prolific writer of children’s and young adult books, with more than 120 books published and over half of them in print in 2015. He has been called “Oregon’s teller of tales” and is known for his adaptations and retellings of folktales, especially Yiddish tales. His …

Kim Stafford, Oregon’s ninth Poet Laureate, is a poet, essayist, memoirist, short story writer, and songwriter. An influential teacher recognized for his contributions to Oregon literature, he is a popular public speaker, storyteller, and workshop leader. He is the founder of the Northwest Writing Institute at Lewis & Clark College …

Molly Gloss, prize-winning novelist and short-story writer, was born in 1944 and has lived in and near Portland all her life. As a child, she benefited from family trips through the West, her father's collection of westerns, and the Multnomah County Library. She studied history and English at Portland State College …

The joint appearance in 1927 of the controversial pamphlet Status Rerum by writers H.L. Davis and James Stevens and the new regional magazine Frontier edited by H.G. Merriam signaled a notable transition in the literary history of Oregon. These two publications pointed to—even denounced—the inadequacy of Oregon and Pacific Northwest …

“The Oregon Literature Series is a national model,” wrote John Frohnmayer, chair of the National Endowment for the Arts. A project of the Oregon Council of Teachers of English (OCTE), the six books that make up the series, published by Oregon State University Press in 1993-1994 and in print ever …

Robin Cody, born in St. Helens, Oregon, in 1943, was educated at Estacada High School and at Yale University. A writer and riverman, Cody has also been a teacher, an army officer, a university administrator, a baseball umpire, a basketball referee, a long-distance bicyclist, and a school bus driver. He …

Virginia Euwer Wolff, a celebrated author of young adult literature, grew up in a large, hand-built log house in the shadow of Mount Hood. Her father, Eugene Courtney Euwer, had given up his Pennsylvania law practice in 1911 to grow fruit in Oregon's Hood River Valley. Her uncle, poet …