Beverly Cleary is Oregon’s most famous author of children’s books. Born in McMinnville, Oregon, in 1916, Beverly Bunn lived on a farm in Yamhill. Her family moved to Portland, where she attended elementary and high school. It was a school librarian who suggested that she should become a writer of books for boys and girls. Cleary went on to write thirty-eight books, which have been translated into fourteen languages.

Cleary attended junior college in Ontario, California, in 1934, graduated from University of California, Berkeley, in 1938, and received a degree from the School of Librarianship at the University of Washington in 1939. She became a children’s librarian in Yakima, Washington, where children would ask her where the books about kids were. This prompted her to write her first book about a boy named Henry. She remained in Yakima until 1940, when she married Clarence Cleary and moved to California. They were the parents of twins.

The neighborhood in which Cleary grew up in northeast Portland was the setting for her novels. She wrote of the childhood adventures of Henry Huggins, Ribsy, and Ramona Quimby, to name a few. They played kick-the-can on Klickatat Street, had adventures that children could identify with, and became a part of the readers' lives. In June 2008, Portland Public School District renamed the school that Cleary had attended, Hollywood-Fernwood Elementary School, the Beverly Cleary School.

Cleary's books have won many awards, including the prestigious Newbery Medal in 1984 for Dear Mr. Henshaw. Ramona and Her Father (1978) and Ramona Quimby, Age 8 (1982) received the Newbery Honor Book Award for the most distinguished contribution to American literature for children. She won the Regina Medal Award (1980) and University of Southern Mississippi’s Silver Medallion (1982) and was named a “Living Legend” by the 2000 Library of Congress. Her contribution to Northwest literature has been recognized by the Beverly Cleary Endowed Chair for Children and Youth Services at the University of Washington. Cleary lives in Carmel, California.

Portland is the site of many significant settings from her books, including:

•Grant Park, on Thirty-third Street between Broadway and Knott, houses the Beverly Cleary Sculpture Garden for Children. Bronzes of her characters, Henry Huggins, Ramona, and Ribsy, were created by Portland artist Lee Hunt. It is also where Henry hunted for nightcrawlers.

•Beezus and Ramona visited the “Glenwood Library,” which was the Hollywood Branch of the Multnomah County Library. The library has a stone wall map where stonemasons etched the Beverly Cleary landmarks in the neighborhood. 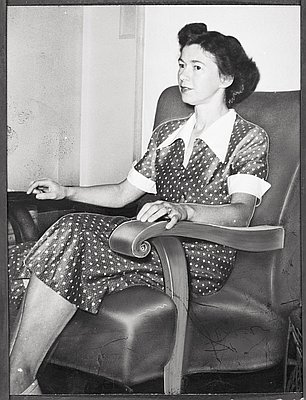