Eric A. Kimmel is Oregon’s most prolific writer of children’s and young adult books, with more than 120 books published and over half of them in print in 2015. He has been called “Oregon’s teller of tales” and is known for his adaptations and retellings of folktales, especially Yiddish tales. His books have won praise from young readers and reviewers alike and have received state and national awards.

Beginning in 1973, Kimmel taught children’s and young adult literature, creative writing, storytelling, library materials, and language arts at Indiana University South Bend. He began teaching in the College of Education at Portland State University in 1978. His articles in professional journals soon gave way to stories for children, published in magazines such as Cricket. His first novel, The Tartar’s Sword (1974), received the Friends of American Writers award, and he has been writing award-winning children’s books ever since. He retired from Portland State in 1993 and is now professor emeritus.

Many of Kimmel’s stories are based on Ukrainian tales he heard from his maternal grandmother, from whom he also got a sense of oral storytelling. Many of his books are retellings of European folktales and fairytales, including those from the Grimm Brothers’ collections, the African continent, China and Japan, Mexico, the Aztecs, and the Tlingit on the Pacific Northwest coast. Kimmel believes that stories change with time and with the storyteller, and earmarks of his adaptations of tales are sardonic wit and surprise endings.

Kimmel’s books also celebrate legends and myths, wonders and miracles, and Jewish holidays. The Jewish folk hero Hershel, who is known for his ability to make arrogant and pompous people look foolish through witty retorts and funny sayings, appears in a number of his books. Hershel and the Hanukkah Goblins (1989) won a Caldecott Honor award.

Kimmel’s original stories, which are often set in the United States, include Charlie Drives the Stage (1989), partly set in La Grande; The Great Texas Hamster Drive (2007), which won the Oregon Spirit Book Award; The Erie Canal Pirates (2002); A Horn for Louis (2005); and Four Dollars and Fifty Cents (1990), which won the Paul A. Witty Short Story Award and the Mary Jane Carr Award (now the Oregon Book Award).

Among his other awards are the Caldecott Honor Medal, multiple National Jewish Book awards, and Sydney Taylor Picture Book awards. His books have been named to lists of "best books," "children's choice," and "teachers' choice" by the New York Public Library, the American Library Association, and the International Reading Association. He has been nominated or won awards in twelve states, including the Oregon Book Awards in 1991 and 2003; the Oregon Spirit Book Awards in 2007, 2010, 2013, and 2014; and the Ulrich H. Hardt Literacy Award from the Oregon Reading Association in 1989.

When not writing or posting on his blog, Kimmel visits schools throughout the United States and other countries, always looking for material for his next books. He lives with his wife Doris in Portland; they have one daughter. 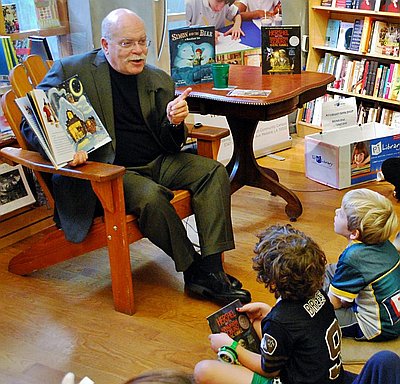 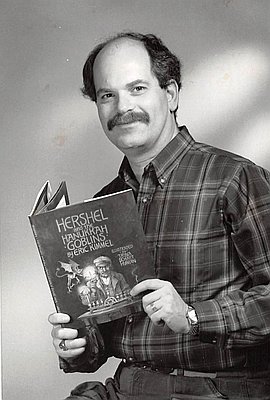 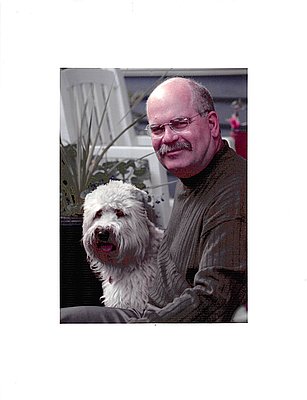 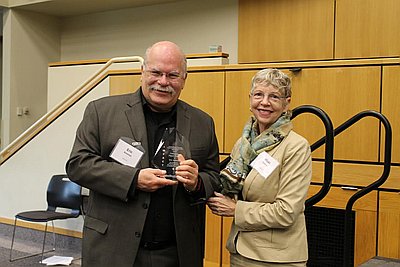 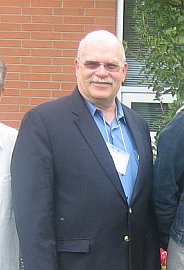 The Jar of Fools: Eight Hanukkah Stories from Chelm (Scholastic, 2001)

Simon and the Bear: A Hanukkah Tale (Disney-Hyperion, 2014)

Beverly Cleary is Oregon’s most famous author of children’s books. Born in McMinnville, Oregon, in 1916, Beverly Bunn lived on a farm in Yamhill. Her family moved to Portland, where she attended elementary and high school. It was a school librarian who suggested that she should become a writer of …

Richard Henderson Wiley, one of Oregon’s most successful commercial artists, is best known by millions of people for his illustrations of the Dick and Jane reading series, published by Scott, Foresman & Co.

Richard Wiley was born July 26, 1919, in Lynchburg, Virginia, the youngest of five children of Edgar Clarence …