Lampman's books focused on the pioneer era. She remains one of the most important interpreters of the Oregon Trail period for young readers. Le Guin was a noted science fiction/fantasy writer before turning her focus to children's literature with her masterful Earthsea books. Beverly Cleary's books about Henry Huggins, Ramona Quimby, and their friends immortalized their Northeast Portland neighborhood.

Walt Morey represented a different facet of the Northwest experience. Walt brought the voice of the working stiff to his writing. He was the big, broad-shouldered guy who earned his living outdoors, in the woods, on the ranches, aboard the fishing boats, placing him firmly in the literary tradition of Stewart Holbrook and Jack London.

It is ironic that while Morey is one of Oregon's most important children's authors, most of his books are set in Alaska.

Morey's personal life is the story of the small-town working class. He was born in Hoquiam, Washington, and started school in Jasper, Oregon. His family moved frequently, following jobs and opportunities. Morey hated school, and by his own admission, never read anything. This changed one momentous day in Great Falls, Montana, when his teacher gave him a book to read, a biography of Charles Russell, the distinguished Western artist.

Charlie Russell was young Walt's neighbor. He read the book in a night, never dreaming that a book could be so interesting, especially when it was about someone he knew and cared about. That broke the floodgates. Walt Morey became a voracious reader.

After barely finishing high school, Morey worked in shipyards, mills, and construction projects. He managed a theater and fought in the ring as a boxer. He tried writing a novel, without success.

Morey's breakthrough came in 1937, when he began drawing on his personal experiences and writing about what he knew. His ability to tell an exciting story in simple, direct language led to a career writing for the pulp magazines that flourished before the advent of television.

The coming of TV in the early fifties meant the end of the pulps and Morey's writing career. Disgusted, Morey followed a friend to Alaska to work for a summer as a deep sea diver. He packed a lifetime of adventure into that one summer, returning with incredible stories to tell.

But whom to tell them to? The pulp market was gone. Morey wasn't sure he could find another one. The ex-boxer who had faced killer whales, sharks, octopi, and "crabs the size of double beds" had lost confidence in his ability to write something that someone would want to read.

His friends' nagging and his wife's bullying made him sit down at the typewriter and get busy. Morey found a new audience: children, especially boys, who found in his Alaskan stories the vivid writing, love of outdoor adventure, and sense of storytelling that hadn't been seen since Jack London's Call of the Wild.

Morey's major work consists of seventeen books. The two best-known—and possibly the best—are Gentle Ben (1965) and Kävik the Wolf Dog (1968). Testing oneself against external and internal challenges is an important theme in all of them. Real achievement depends on overcoming weakness and fear. Another important theme is the deep respect for the natural world, especially the Wild, that fills Morey's work. The challenge is not to overcome the Wild, but to respect it and earn its respect.

In several ways, Morey's work was a precursor of Gary Paulsen. It is hard to understand why Paulsen's work achieved phenomenal success at the same time that Morey's books were going out-of-print.

Morey expressed a great deal of bitterness about the publishing industry at the end of his life. He felt that solid storytelling had become less important than trendy subjects. He felt it becoming increasingly difficult to connect with big-city editors who had no concept of the places he wrote about.

One group with whom Morey never had trouble connecting was children. He traveled all over the Northwest to speak at schools, libraries, and conferences. To watch him in action was to see Gentle Ben in the flesh: a tall, powerful man—built like a boxer at eighty—entrancing audiences of elementary school children with tales of his adventures and at the same time sharing with them his passion for the things he loved best: stories, books, the outdoors, and writing. 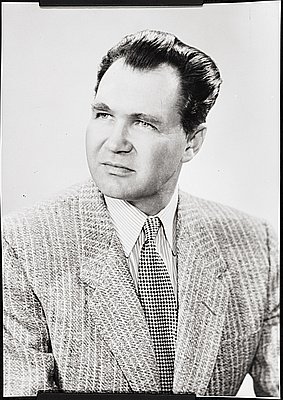