Evelyn Sibley Lampman was one of three Oregon writers of young adult and children’s books who were at the height of their success during the last decades of the twentieth century. Walt Morey specialized in outdoor adventure, and Ursula K. Le Guin was renowned for her science fiction. Of the three, Lampman was the one whose work was most closely associated with Oregon, especially its pioneer history. During her thirty-six-year career, she published thirty-seven children’s books.

Evelyn Sibley was born in 1907 in Dallas, west of Salem, a part of the state that often served as the setting of her novels. Her mother, Harriet Bronson, was a descendant of Oregon Trail emigrant Nancy Ann Woodfin, and her father, Joseph Sibley, was an attorney and judge. Sibley graduated in 1929 from the Oregon Agricultural College (now Oregon State University) with a degree in vocational education. Although she had no experience in media or journalism, she took a job as continuity editor at KEX Radio in Portland. She subsequently moved to Portland to begin a career as a copywriter for KEX, an experience she wrote about in a humorous, semi-autobiographical novel, Of Mikes and Men. It is her only work for adults.

Sibley abandoned her career after her marriage in 1935 to Herbert Sheldon Lampman, wildlife editor for the Oregonian. His father, Ben Hur Lampman, had been an associate editor at the paper and was Oregon’s second poet laureate, from 1951 until 1954 (Edwin Markham was the first). Herbert Lampman was an odd choice as a partner for a progressive woman like Evelyn Sibley. He believed that women should not work outside the home, and certainly not as writers, and he forbade his wife to drive an automobile. When Herbert died in 1943, leaving Evelyn with two young daughters to support, she had her husband’s suits tailored to fit her and resumed her career writing for radio, this time at KGW in Portland. She also built her skills as a novelist.

The two kinds of writing came together for Lampman in 1946, when she was named educational director at KGW and began writing scripts for children’s programs. Doubleday, Doran, & Co. published her first children’s book, Crazy Creek, in 1948. The book was well received, and Lampman decided to pursue a career as a writer, while continuing as an advisor-consultant for the station’s educational programming. Over the next several decades, she published one or two books a year, most under her own name. After her publisher told her he would accept only two Evelyn Lampman books a year, she also wrote under pen names Jane Woodfin and Lynn Bronson, derived from her pioneer ancestors.

Lampman did not shrink from examining the darker corners of Oregon history, especially the interaction between the dominant culture and women, Natives, and minorities. Half Breed (1967), for example, follows Hardy Hollingshead, who leaves a Crow village to search for his father. He finds him in Portland, where he encounters the novelties and open bigotry of a frontier town. Cayuse Courage (1970) tells the story of the Whitman Massacre through the eyes of Samuel, a Cayuse boy. Both novels won a Golden Spur Award from the Western Writers of America.

Running through Lampman’s work is a concern for the powerless. Bargain Bride (1977) was years ahead of its time in its focus on the economic and sexual exploitation of young girls. Ginny, the protagonist, is orphaned when her parents die on the family’s way to Oregon. She is adopted by relatives, who marry her off at age ten to an elderly farmer who wants a wife so he can claim a double land grant. The marriage is a fiction until Ginny turns fifteen, when her husband comes to claim her. Lampman skirts the sexual issue by having the old man die, leaving Ginny with the status of a wealthy widow. When her relatives show up to claim the inheritance, Ginny runs them off at gunpoint. At this point, the book becomes a romance. Lampman no doubt carried the theme as far as she could, given the period in which she was writing. What is remarkable is that she approached it at all.

Lampman’s writing was not always serious. She had a keen sense of humor and insight for children plunged into unusual situations. In The Shy Stegosaurus of Cricket Creek (1955), Joan and Joey find a gentle stegosaurs named George who they think might help them save their ranch, although a prehistoric animal with a brain the size of a walnut poses challenges they never expected. The book was so popular that Lampman brought George back for a sequel, The Shy Stegosaurus of Indian Springs (1962), with illustrations by Paul Galdone.

Moving from supersized to minuscule, The City under the Back Steps (1960) shrinks Craig and his cousin Jill to ant size and hauls them into an ant colony, where they learn about ants, mutual respect, and the need for understanding, tolerance, and compassion. These themes run through Lampman’s books, whether the story is set in the present or in the days of the Oregon Trail. The novel won the Dorothy Canfield Fisher Award in 1962.

Evelyn Lampman died in 1980. The Children’s Services Division of the Oregon Library Association established the Evelyn Sibley Lampman Award to honor her for her significant contribution to children’s literature and library services. 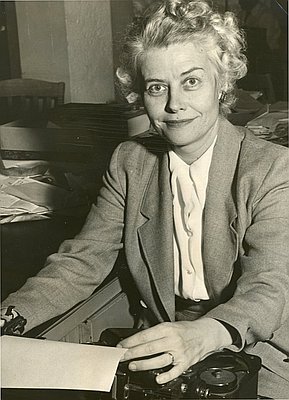 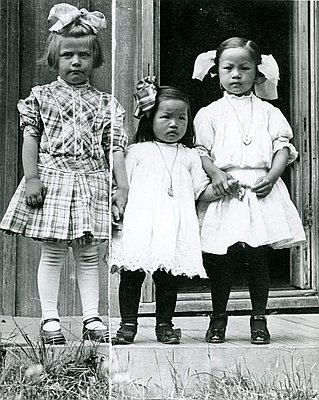 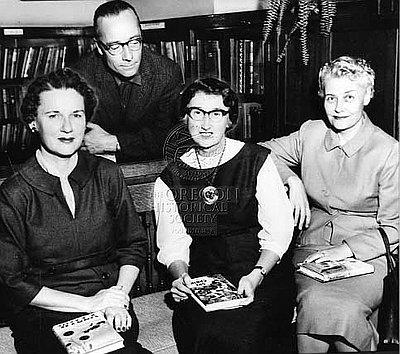 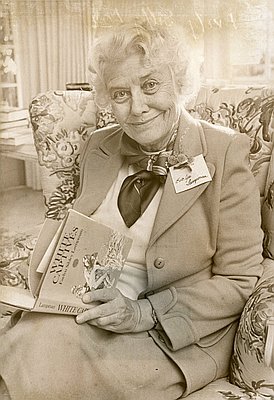 When Literary Arts gives the Eloise Jarvis McGraw award to the best Oregon writer of young adult books each year, it is an acknowledgment of the state’s most decorated author in that genre, Eloise McGraw. Among her long list of literary awards are three Newbery Honor Books won in three …

Eric A. Kimmel is Oregon’s most prolific writer of children’s and young adult books, with more than 120 books published and over half of them in print in 2015. He has been called “Oregon’s teller of tales” and is known for his adaptations and retellings of folktales, especially Yiddish tales. His …