Mary Barnard—poet, translator, and classicist—was one of the Northwest's most celebrated and versatile writers of the twentieth century. At a time when few poets from the Northwest, and even fewer women, had ventured far from regional roots, Barnard received national attention. Her first collection of poetry, "Cool Country," appeared in Five Young American Poets (1940) with works by Randall Jarrell and John Berryman. In poems such as "Cool Country," "Shoreline," and "The Trestle," Barnard (pronounced with an emphasis on the first syllable) blended regional influences with the modernist aesthetic of Ezra Pound, Marianne Moore, and William Carlos Williams.

Barnard is especially admired as a poet, but her original translations of the Greek poet Sappho and her research on the origins of cultural myths also gave her an international reputation as a classicist and independent scholar.

In her literary memoir, Assault on Mount Helicon (1984), Barnard attributes her success to persistence in the face of unexpected obstacles and a willingness to challenge received wisdom. Her literary career took her from a childhood in the Oregon backwoods, where she often traveled with her timber-wholesaler father, to Reed College in Portland, where she was introduced to the classics and to the modern poetic revolution by Lloyd Reynolds.

In the 1930s, Barnard sent her poetry to Ezra Pound, who responded sympathetically. He recognized what poet William Stafford described as the "shattering wail of the segregated and lone poet on the far, far shores" of the Pacific Northwest and encouraged her to train her ear through translation.

Recognizing the difficulty of contributing to modern international culture in isolation, Barnard took a position as poetry curator at the University of Buffalo in 1940. After four years, Barnard moved to New York City, where she assisted Carl Van Doren in editing Benjamin Franklin's papers and developed a special interest in the biography of Franklin's sister.

Returning to home ground in Vancouver, Washington, in 1951, Barnard published her breakthrough English translations of Sappho. In Sappho: A New Translation (1958), she applied modern imagistic precision and patterns of pauses and stresses that imitate the natural speaking voice. The book remains in print.

In 1979, Barnard published Collected Poems, which won the Elliston Award. Her verse-essay, Time and the White Tigress, published in 1986 by Breitenbush books in Portland, won the Western States Book Award for Poetry. In The Mythmakers (1966), she developed a new context for interpreting myths, challenging the Jungian theory of universal archetypes with explanations based on myths as natural phenomenon. Barnard also wrote a collection of short stories, Three Fables (1983), and a genealogical history in verse about her Quaker ancestors, Nantucket Genesis: A Tale of My Tribe (1988).

From the 1960s until her death, Barnard lived in Vancouver, Washington. Her later years were rich in recognition, with special awards from the Oregon Literary Arts Institute, the Washington State Arts Commission, and Reed College, which awarded her an honorary doctorate. A special issue of the scholarly journal PAIDEUMA was devoted to her work, and her poem, "The Pleiades,"was set to music and recorded by the composer Tibor Serly. Portland State University Professor of Music Thomas Svoboda composed a cantata from her poem, "Journey." It was performed in Portland in 1987. Mary Barnard died in 2001 at the age of 91. 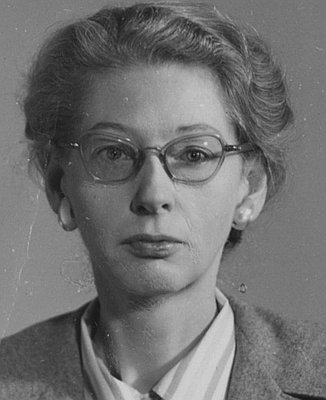 Ada Hastings Hedges, poetry editor Borghild Lee wrote in the March 14, 1926, Oregon Journal, “is an exquisite artist…one of the most finished poets in America.” A teacher and writer of fiction, Hedges is best known for her poetry about Oregon’s High Desert. Oregon poet Ingrid Wendt described her …