Marian Wood Kolisch was an Oregon photographer known for her documentation of those who helped shape cultural life in Oregon during the twentieth century. From 1976 through the early 2000s, she worked to create a record of the artists, dancers, writers, historians, gallerists, and other cultural figures who were significant from the 1920s onward.

Marian Wood was born in Ontario, Oregon, on February 29, 1920. The granddaughter of lawyer, political activist, author, and artist C.E.S. Wood, she had an interest in creative expression that took root at an early age. As a child, she wanted to be a writer and often retreated to the attic of her Portland home to practice. Later, as a young adult, she was passionate about acting and performed in Portland Civic Theatre productions. It had been her hope upon graduating from Miss Catlin's School (later Catlin Gabel) to go to drama school, but she lacked the funds. Out of necessity, she went to Katherine Gibbs secretarial school in Boston and, upon graduating in 1939, returned to Portland to work at a law firm. She disliked being a secretary and was fortunate to be hired to host a daily news and entertainment broadcast at the Swan Island shipyard, which was more in line with her creative aspirations.

In 1943, Wood married Pierre Kolisch, and they moved to Suffern, New York, so he could practice law at his father's firm. Like many women of her generation, she put aside dreams of creative fulfillment to raise two daughters, Leslie and Christine, and run a household. In 1952, the family returned to Portland, where Kolisch's husband started a law firm and she had a third child, Pierre Jr., and volunteered at Catlin Gabel School and the Portland Art Museum. It was not until 1972, when she took a photography workshop with Paul Miller in central Oregon, that Kolisch found her calling as a photographer.

Serious about becoming proficient as a photographer, she continued to study with Bill Grand at the Portland Art Museum School, where she learned about the creative process of taking a photograph, darkroom work, and the history of photography. On Grand's recommendation, Kolisch attended a two-week workshop in 1974 with landscape photographer Ansel Adams in Yosemite. Adams taught her to maintain a ceaseless pursuit of perfection while photographing and working in the darkroom, which was a revelatory experience for Kolisch and cemented her desire to become a professional photographer.

In 1976, Kolisch began what would become a decades-long project to document those who had made significant contributions to Oregon's cultural scene, including both high-profile creative people and the philanthropists and administrators who worked behind the scenes. She began with the innovative, internationally acclaimed architect Pietro Belluschi, designer of the Portland Art Museum and the Equitable Building, who she not only photographed but also interviewed. The practice of augmenting a portrait session with an interview became part of Kolisch's process when working with those whose careers were mostly complete.

Later that year, Kolisch attended a workshop with photographer Arnold Newman, who had pioneered the environmental portrait, which combined the best elements of snapshot and studio photography. He photographed his subjects in their own environments, using available light, but shot with a large or medium format camera on a tripod to ensure a detailed, high-quality negative. Kolisch was already using this approach, but she further perfected her style in her studies with Newman, looking at composition and how to bring out the individuality in each subject.

In 1989, Kolisch exhibited twenty-two of her portraits, along with extracts from her interviews with her subjects, in Oregon's Cultural Visionaries: Portraits by Marian Wood Kolisch at the Portland Art Museum. The exhibit included photographs of art patron and gallerist Arlene Schnitzer, writer Ursula K. Le Guin, and painter Carl Morris. For the next fourteen years, she continued to photograph Oregonians, capturing the likenesses of such cultural luminaries as movie director Gus Van Sant, conductor James DePreist, and painter Henk Pander. She also completed two other notable bodies of work: a series on dancers, including Body Vox founders Jamey Hampton and Ashley Roland, and a series of portraits of internationally prominent photographers that included Ansel Adams, Arnold Newman, and Imogen Cunningham. Kolisch photographed her last subject, Senator Mark O. Hatfield, in 2003 and published a book of photographs, Marian Wood Kolisch Portraits, in 2004.

Kolisch died on November 24, 2008. The majority of her photographs are in the permanent collection of the Portland Art Museum, with a smaller selection, along with negatives and interviews, in the Davies Family Research Library at the Oregon Historical Society. 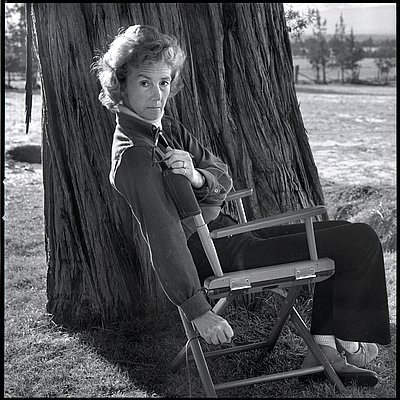 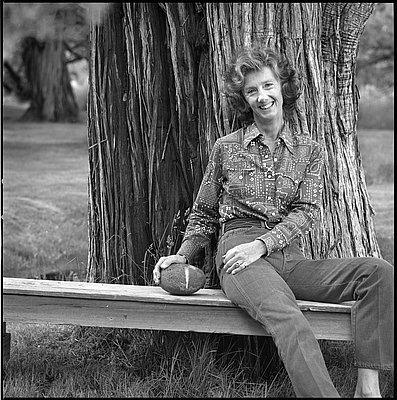 C.E.S. Wood may have been the most influential cultural figure in Portland in the forty years surrounding the turn of the twentieth century. He helped found the Portland Art Museum and was instrumental in making the Multnomah County Library a free and public institution. He secured the services of his friend …

Catlin Gabel School in Portland is the largest nondenominational private school in Oregon, with over 770 students from preschool through the twelfth grade. Considered a national leader in progressive education, the school’s purpose is “supporting inspired learning leading to responsible action,” with an emphasis on academics and experiential learning. It …

The career of Eleanor Baldwin, a radical journalist, reveals the cross-fertilization of reform movements in Portland during the Progressive Era. Her anti-capitalism was influenced by greenbackism, which blamed working-class poverty on powerful bankers whose manipulations of the money supply allowed them to siphon the proceeds of labor from working people. …

Photographer Lily White once professed: "Alone—controlling the power, directing the course—one might be so filled." Dubbed the "Captain" by Columbia River boat officers and crews, White is best known for the photographs she made while traveling on her custom-built houseboat with her friend and fellow photographer, Sarah Hall Ladd.