Hendrik Pieter Pander was born in 1937 in Haarlem, The Netherlands, the first of ten children of the artist Jacob (Jaap) Pander and Hendrica Smedes Pander. Henk joined his father on drawing and watercolor painting expeditions to the Haarlem dunes, and by the time he enrolled in Amsterdam’s Rijksacademie in 1956, he was accomplished in drawing and painting. His training provided him with skills that related to Dutch art extending back to the seventeenth century as well as to twentieth-century movements such as Expressionism and Surrealism.

In 1964, Pander met Marcia Lynch, an art student from Oregon. They were married in Amsterdam and, with their infant son Jacob, moved to Portland. The move was not intended to be permanent, and Pander considered himself a Dutch artist temporarily in the United States. The Panders traveled to Amsterdam for the birth of their second son, Arnold, but soon returned to Oregon. When they separated a short time later, Pander determined to remain in Portland to be near his sons. Though he has lived in the United States for nearly half a century, he describes himself as a “reluctant immigrant” who views the American scene as an outsider, bringing to his work a sense of detachment and, at times, critical commentary.

Pander taught painting and drawing at the Museum Art School (now Pacific Northwest College of Art) during 1965-1967 but otherwise has supported himself by selling artwork. To earn money, he diversified his production to include poster-making (primarily in the 1970s), portraiture, public art (including Oregon Percent for Art commissions), and works such as still life paintings and Dutch and American landscapes that appeal to private collectors. His flower paintings and Columbia Gorge landscapes are particularly popular.

Although Pander willingly and skillfully paints to address popular taste, he also creates works that have made him controversial. His solo exhibition at Portland State University in 1969 caused fierce reaction, with viewers attacking Pander’s work as “pornographic” and “depraved.” The show included paintings and drawings that Pander created at the height of the Vietnam War and its resulting social protests and sexual revolution. His contorted figures in compromising poses and counterculture actions dismayed Portland viewers even though the works drew upon Expressionist and Surrealist traditions that had been part of the European art scene for much of the twentieth century.

Alienated by the negative reaction, Pander turned to the lively world of experimental theater. He designed numerous sets and costumes for Portland’s Storefront Theater and other companies, often bringing to his designs a provocative sexual throb, as in his set for Storefront’s production of Oscar Wilde’s Salomé (1971).

In 1971, John Laursen of Press-22 published Pander’s drawings in a volume entitled Views of Mount Hood, an ironic response to Hokusai’s views of Mount Fuji. Related to automatist Surrealism, the drawings are gorgeous demonstrations of Pander’s skill with pure line, which arcs across the surface of the paper to create grotesque, sexually animated figures that disport themselves on broad open planes, Mount Hood a diminutive element on a distant horizon.

Pander is also a noted portraitist. In 1976, he was commissioned to paint the posthumous portrait of C.S. Price, Oregon’s pioneering modernist painter, for Timberline Lodge, and his portraits of Governors Tom McCall (1982) and John Kitzhaber (2009) hang in the capitol in Salem. Perhaps his most moving private portrait is his rendering of Ric Young, the flamboyant director of Storefront Theater, as he lies dying of AIDS (1992; Frye Art Museum, Seattle).

As a child in the early 1940s, Pander lived through the Nazi occupation of Holland, and some of his most gripping works are his “war memory” paintings that he began in the 1980s. Works such as The Floor (1992; artist’s collection), depicting a Jewish youth hiding beneath the floorboards as Nazi soldiers enter the bedroom of a private home, are terrifying scenes layered in their references to World War II and also to earlier paintings of Dutch interiors by such artists as Jan Vermeer and Pieter de Hooch.

Pander is also the painter of contemporary events such as the wreck of the freighter New Carissa on the Oregon coast, the destruction of the World Trade Center, and the rescue operations of the Portland Fire Bureau and other emergency response teams. For projects such as these, which yield sets of related drawings, watercolors, and oil paintings, he operates as an investigative reporter, traveling to the disaster sites to make documentary drawings and photographs or riding along with police and fire personnel to scenes of accident, illness, or death. These works are inspired far from the studio even though the final versions are completed there.

In contrast to his public-arena paintings are Pander’s contemplative still life studies of arrangements of furniture, books, skulls, animal skeletons, mirrors, and tapestries that he sets up in the quietude of his studio. He sees the studios he has occupied over the years as particularly Dutch domains, recollective of the workshops of artists he knew in Haarlem such as his father and the noted still life painter Kees Verwey.

Henk Pander’s works are in many collections, including those of the Rijksmuseum (Amsterdam), Museum Henriette Polak (Zutphen, The Netherlands), City of Amsterdam, City of Portland, Jet Propulsion Laboratory (Pasadena), Portland Art Museum, Frye Art Museum (Seattle), Jordan Schnitzer Museum of Art (University of Oregon), and Hallie Ford Museum of Art (Willamette University), where a fifty-year retrospective exhibition of his work was shown in 2011. His public commissions are at Oregon State University, Oregon Public Safety Academy (Salem), Portland Center for the Visual Arts, and numerous other locations. Pander's drawing books and other materials are housed in the Pacific Northwest Artists Archives, Mark O. Hatfield Library, Willamette University. 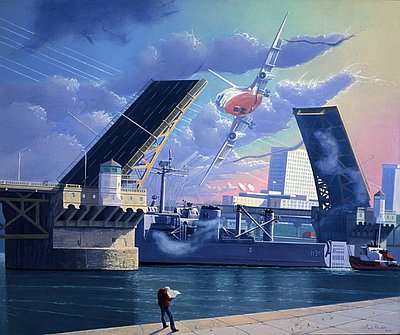 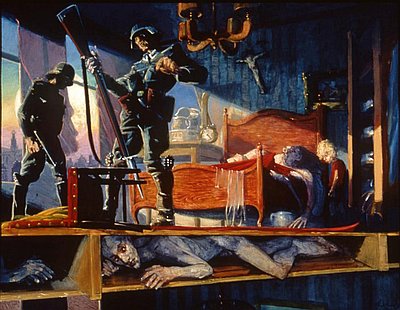 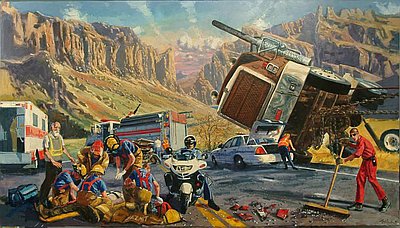 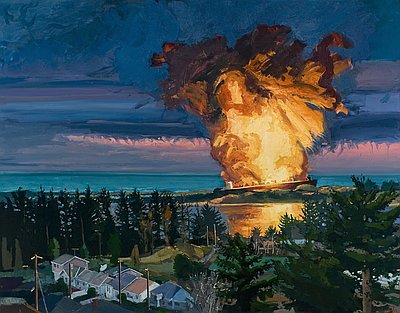 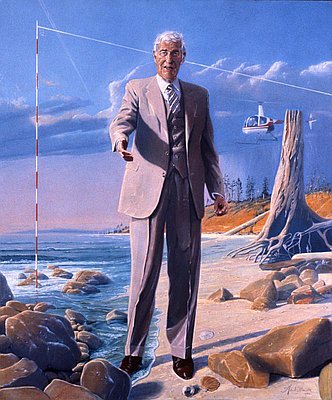