Tom McCall, more than any leader of his era, shaped the identity of modern Oregon. As governor from 1967 to 1975, McCall, a Republican, pioneered a doctrine of balancing economic growth with environmental protections and took the lead in establishing safeguards for the state’s beaches, rivers, and farmlands by curbing pollution and suburban sprawl. His leadership, defined by bold actions and lyrical speeches, helped transform Oregon from a political backwater to a state renown for progressive ideals.

Thomas William Lawson McCall was born on March 22, 1913, in Egypt, Massachusetts, on an estate owned by his maternal grandfather, Thomas W. Lawson, a wealthy Boston stock promoter. Lawson had given McCall’s parents, Henry McCall and Dorothy Lawson McCall, a central Oregon ranch along the Crooked River near Prineville, and that is where Tom grew up.

In 1936, Tom McCall graduated from the University of Oregon with a journalism degree. He worked as a sportswriter in Idaho and as a reporter for the Oregonian and a radio news announcer for KGW in Portland before serving in the U.S. Navy during World War II. After the war, he returned to Portland to take a job as a radio host for his own news show on KEX. His flair for language and his distinctive voice—influenced by his parents’ Boston accents—became his trademarks.

McCall was inspired to enter politics by the career of his other grandfather, Samuel Walker McCall, who had been a Massachusetts congressman and governor. In 1949, he left his radio job to work as secretary to Oregon Governor Douglas McKay. After returning to Portland radio in 1951, he ran for Congress, challenging an eight-term incumbent, U.S. Representative Homer Angell, in the 1954 Republican primary. McCall’s upset victory over Angell primed him as a rising political star, but in November he lost a bitter general election race to Democrat Edith Green, a former teacher and union official. McCall blamed himself for allowing right-wing businessmen to manipulate him and his campaign message, and the loss taught him to value political independence.

McCall returned to broadcasting, this time in the emerging medium of television. As a commentator at KGW-TV in Portland, his candor and evenhanded analysis of public affairs earned him growing respect and popularity. McCall also produced landmark documentaries, including Crisis in the Klamath Basin in 1958, which examined the fight over southern Oregon timberlands controlled by the Klamath tribe. In 1962, he co-wrote and anchored Pollution in Paradise, an hour-long documentary on unchecked industrial pollution, especially in the waste-choked Willamette River. The documentary shocked Oregonians, who had never seen such a visceral depiction of the state’s pollution or known its harm to the state’s economy. The documentary inspired legislative reforms that gave the state the authority to shut down polluters, and it established McCall as a champion for what he called Oregon’s “livability.”

In 1964, McCall won election as Oregon secretary of state, and two years later he campaigned to replace outgoing Governor Mark O. Hatfield. In the general election, McCall faced State Treasurer Robert W. Straub, a Democrat and devoted environmentalist. Their debates, nicknamed the “Tom & Bob Show,” revealed more similarities than differences as each sought to persuade voters that he was most committed to protecting the state’s natural resources. McCall won the race with 55 percent of the vote.

During his first term as governor, McCall championed protections for Oregon’s beaches, which were facing threats from private development. He denounced anyone (including fellow Republicans) who stood in the way of protecting the beaches, and lawmakers passed the 1967 Beach Bill as a bulwark against coastal development. McCall also threatened to close polluting mills, and in 1969 won legislative approval to establish the Department of Environmental Quality to enforce stronger standards.

McCall struggled as chief executive, and his first term saw political setbacks. An early advocate for prison reform, his administration mishandled management of the Oregon State Penitentiary. Prisoners rioted in March 1968, taking guards as hostages and burning several buildings. The riot ended with the hostages unharmed after McCall fired the warden and conceded to prisoners’ demands for better conditions. He considered the riot to be the single biggest disgrace during his time as governor.

In 1970, McCall sought re-election in a tough rematch against Straub. That summer, the FBI warned McCall that Vietnam War protestors planned a confrontation in Portland during the national American Legion convention in September, only weeks before election day. Most state and local leaders advocated for tough police action against protestors, but McCall preferred another approach. He opened Milo McIver State Park in Estacada, twenty-five miles southeast of Portland, for a government-sanctioned rock festival. Forty thousand people swarmed the festival, known as Vortex I. McCall’s bold political gamble paid off, and the Legion convention and anti-war protests went off in Portland without incident. He easily won re-election.

The victory emboldened him. In January 1971, McCall told a national television audience that Oregon was willing to protect its beauty and livability even if it meant controlling growth and discouraging newcomers. “Come visit us again and again,” he said. “But for heaven’s sake, don’t come here to live.” His statement—shorthanded as “Visit but don’t stay”—made international headlines and defined Oregon for years. McCall denied he was making the state inhospitable and said he was underscoring Oregon’s new efforts to manage growth. Critics later blamed McCall’s message for frustrating the state’s economic development.

In 1971, McCall led the successful fight for the Oregon Bottle Bill, which became the nation’s first mandatory container deposit law. The bill overcame fierce opposition from beverage manufacturers who would be required to impose a five-cent deposit on cans and bottles. McCall and the bill’s other supporters first championed the idea as an anti-littering law, but he soon saw its potential to promote recycling and conservation and to end what he called the national “no-deposit, no-return ways of waste.”

When the nation faced energy shortages in 1973 and 1974, McCall told businesses to shut off commercial lights. Gas shortages created long lines at Oregon service stations, and the governor ordered an “odd/even” gas rationing plan—a vehicle could get fuel only on odd- or even-numbered days, depending on the last digit of its license plate. As governor, he lacked the legal authority to enforce these measures, but for the most part Oregonians complied. His outspoken advocacy for energy conservation helped create the foundation for the sustainability movement.

McCall’s most ambitious and enduring success was the creation of statewide land-use planning. In a January 1973 speech that defined his tenure as governor, McCall warned against the “shameless threat” from “sagebrush subdivisions, coastal ‘condomania,’ and the ravenous rampage of suburbia in Willamette Valley.” The 1973 legislature passed Senate Bill 100, a landmark law that established statewide goals for planning and development.

Forced from office by term limits, McCall returned to television in 1975 as a commentator at KATU. In 1978, he sought to reclaim his former office, running as a Republican even though he felt alienated from an increasingly conservative GOP. State Senator Vic Atiyeh, a Republican from Beaverton, defeated him in the primary, ending McCall’s political career.

In 1980, the Oregon economy collapsed under a crushing recession, the worst since the Great Depression. The state’s primary economic engine, the timber industry, lost 25 percent of its jobs. The causes of the recession ran deep, but critics tried to blame McCall’s anti-growth policies and promoted a 1982 ballot measure that would repeal statewide land-use planning. A frail McCall—he had been diagnosed with terminal cancer—spent his final months fighting Ballot Measure 6. Oregonians listened, and voters in November 1982 upheld the land-use planning he had helped put in place.

McCall died in Portland on January 8, 1983. In the following years, McCall’s stature and reputation grew. The city of Portland named Waterfront Park along the Willamette River in his honor, and a twenty-foot bronze statue of McCall stands along the river in Salem. His legacy is alive in the enduring debate Oregonians have over protecting the state’s livability through wise planning. McCall’s style, vision, and success have become the standard against which other Oregon leaders have since been measured.

Plotkin, Sidney. Keep Out: The Struggle for Land Use Control. BerkeleyL U. of California Press, 1981.

Liberty, Robert. “The battle over Tom McCall’s legacy: the story of land use in the 1995 Oregon legislature.” Pamphlet. Portland: 1000 Friends of Oregon, 1995. 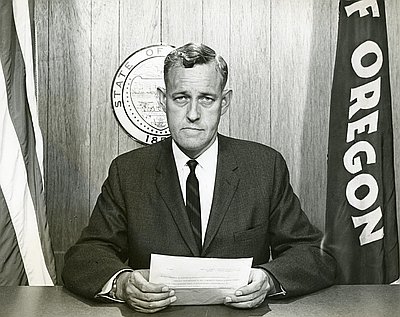 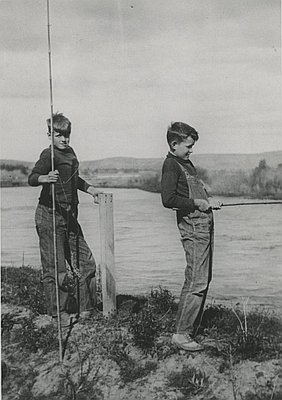 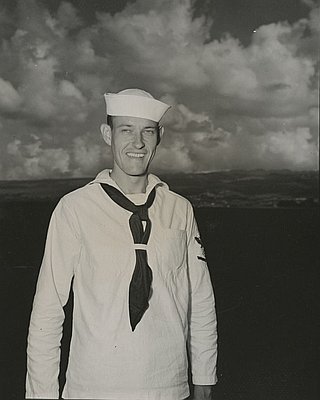 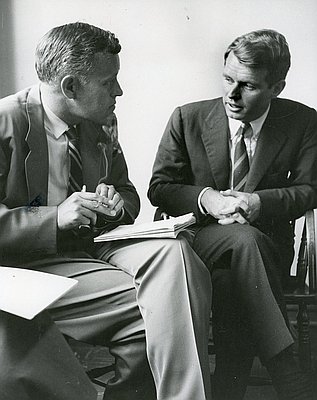 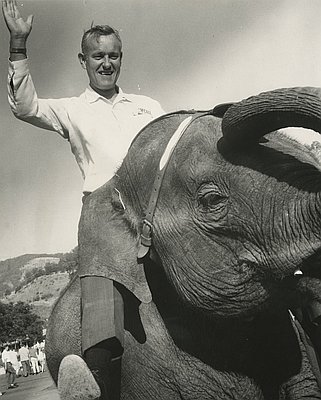 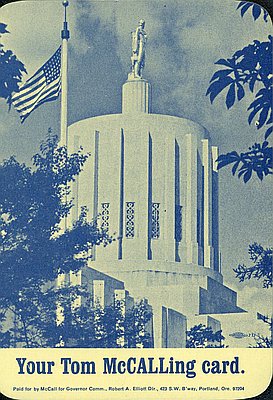 The Oregon Beverage Container Act of 1971, popularly called the Bottle Bill, remains one of the most visible and popular legacies of Oregon’s environmentalism in the 1960s and 1970s. The Bottle Bill exemplifies the broad environmental activism of the time and Governor Tom McCall’s style of leadership. It also has …

Dorothy Lawson, mother of Oregon Governor Thomas Lawson McCall, was born into luxury on October 11, 1888, the daughter of financier Thomas W. Lawson of Boston. He was known as a “boy wonder,” she would later write, “a millionaire at thirty and a thirty-times millionaire in the early 1900s,” …

Hector Macpherson Jr. received the Distinguished Leadership Award for a Citizen Planner from the American Planning Association in 1999, the same year the association designated Senate Bill 100 a National Planning Landmark. Macpherson, a Linn County Republican senator, had co-sponsored the bill during the 1973 legislative session. During that same session, …

L.B. Day was one of a handful of political giants who played leadership roles during an important period in Oregon history, from the mid-1960s until his death in 1986. A large man with a booming voice, his contemporaries characterized him as a doer and a head-knocker and as brusque and …

Operation Red Hat was the label the American military applied broadly to its program to better secure the nation’s chemical weapons, including nerve gas, by isolating them and initiating their destruction during the late 1960s and early 1970s. In 1970, the military decided to move some of those weapons to …

On June 19, 1971, Governor Tom McCall, with his usual flair for publicity, stood on the steps of the Oregon Capitol to sign a bill on the seat of a ten-speed Schwinn bicycle. McCall and Don Stathos, the chief sponsor in the Oregon House of what was known simply as …

KGW-TV aired Tom McCall’s one-hour documentary Pollution in Paradise on November 21, 1962. An environmental classic, the program represented McCall’s investigative skills and pressed home the powerful idea that there should be no tension between jobs and livability—Oregonians could enjoy both a robust economy and a healthy environment. Pollution …