Oregonians struggling to maintain public access to Pacific Ocean beaches won a decisive battle in 1967 with the passage of legislation commonly known as the Beach Bill, which established public access to Oregon’s beaches from the first dune to the sea. It was a right most Oregonians thought they already had.

In 1913, led by Governor Oswald West, the Oregon legislature established the state’s ocean beaches as a public highway. For over fifty years, the crafty maneuver became a part of Oregon folklore and the public perception of ownership, and access to the state’s beachfront was a source of pride for Oregonians who regularly took advantage of its pristine, if chilly, beauty.

In the summer of 1966, however William Hay, owner of the Surfsand Motel in Cannon Beach, asserted his property rights. He placed large driftwood logs to block off a section of the dry sand area in front of the motel, setting up umbrellas and tables within the enclosed area and posting private property signs on the perimeter. Governor West’s legislation did not say what most Oregonians thought it said. Only the wet-sand portion of the state’s beaches had been set aside as a state highway, and many landowners along the coast had deeds with rights to develop the dry-sand areas. According to the Oregon Parks and Recreation Advisory Committee, 112 of the 262 miles of beach property were privately owned.

In response, the State Highway Commission, with Governor Tom McCall’s support, introduced HB 1600 and HB 1601 in the 1967 legislature. The bills copied a Texas law that recognized that the public use of private beach land gave the public the permanent right for the continued use of that land. “Adverse possession” meant that what most Oregonians had believed—that all beachfront property from the first dune to the sea belonged to the public—was actually true because they had exercised that belief for so many years.

Coastal legislators kept the bills bottled up in the House Highway Committee, despite pleas of the committee chair, Representative Sidney Bazett (R-Grants Pass), and articles by Associated Press reporter Matt Kramer. Two concerned Portland citizens, Dr. Robert Bacon and Diane Bitte (whose husband, Larry Bitte, had written then-Secretary of State Tom McCall about the Surfsand claim the previous summer), traveled to Salem in response to one of Kramer’s articles. Representative Bazett seized on their presence to illustrate that people cared about what Kramer was calling in print “the Beach Bill.”

Kramer’s next AP story, which appeared in nearly every newspaper in Oregon, began “beach goers joined the battle for the Oregon beaches Tuesday—and lost,” and warned that the bill was nearly dead. Governor McCall and his political rival State Treasurer Robert Straub—who had been fighting a related battle to prevent a highway across the Nestucca Sand Spit—made strong statements, raising the political temperature in the legislature and generating more media attention.

At Portland’s KGW-TV, General Manager Ancil Payne broadcast a bleak assessment of what Oregon’s beaches would look like if the Beach Bill did not pass. His report was illustrated with artist-drawn fences that slammed down on the beach next to Haystack Rock at Cannon Beach. He urged viewers to call their legislators, and thousands of letters, telegrams, and telephone calls flooded legislative offices. Negotiations between House Republicans, led by McCall and Speaker F.F. “Monte” Montgomery, ensued, and hearings were held in which legislators debated ways of measuring the right-of-way.

On May 13, 1967, McCall took a group of Oregon State University scientists—along with some state representatives and members of the press—to the coast. They confirmed that the 16-foot level he supported was approximately the level of the vegetation line. The arrival of a helicopter provided the ad-libbing governor with even more dramatic photo ops, including a stop in Cannon Beach, where photographers captured him glaring at the driftwood barriers of the Surfsand Motel.

After McCall’s display of media dominance, opponents capitulated. State Representatives Lee Johnson (R-Portland) and James Redden (D-Medford) worked out compromise legislation that treated public beach access as zoning easements extending to the vegetation line rather than as “takings” from landowners. Much to the relief of most Oregonians, the Beach Bill, which would “forever preserve and maintain the sovereignty of the state heretofore existing over the seashore and ocean beaches of the state…so that the public may have the free and uninterrupted use thereof," passed on June 7, 1967; the governor signed it on July 6.

While the law’s legality was still in question because of lawsuits filed by Hay and others, Straub attempted to settle all claims in 1968 by sponsoring Ballot Measure 6, which would have established a penny-a-gallon gas tax to reimburse a public bond fund meant to pay off landowners and purchase new parkland in areas without beach access. An oil-industry-funded campaign warning voters to “beware of tricks in Number 6” turned positive polls upside down, and even Governor McCall’s belated endorsement could not prevent the defeat of the “Beaches Are for Kids” measure.

Nevertheless, as McCall had predicted, the claims of landowners who challenged the law were rejected, and the state’s argument of adverse possession was unanimously upheld by the Oregon Supreme Court in Thornton v. Hay in 1969. Subsequent federal challenges have not eroded Oregonians’ unfettered access to their beaches. 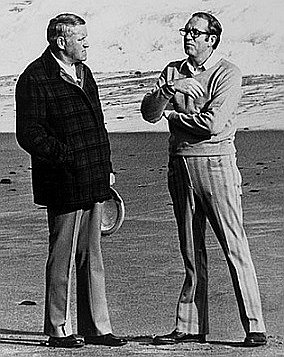 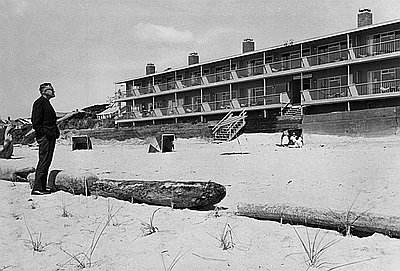 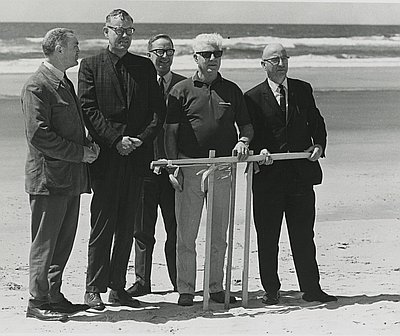 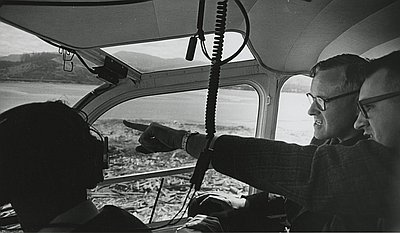 James A. Redden served as a federal judge for Oregon from 1990 to 2011. His role in legal disputes and high-profile court cases over the federal government’s management of Columbia River dams was precedent-setting. Most significantly, he nearly singlehandedly created ongoing court oversight of federal agencies subject to the Endangered …