James A. Redden served as a federal judge for Oregon from 1990 to 2011. His role in legal disputes and high-profile court cases over the federal government’s management of Columbia River dams was precedent-setting. Most significantly, he nearly singlehandedly created ongoing court oversight of federal agencies subject to the Endangered Species Act requirements in the Columbia River Basin, which revolutionized environmental management on the river. In recognition of Redden’s career in Oregon, the federal courthouse in Medford was named the James A. Redden Courthouse in September 1996.

Born in 1929, Redden grew up in Springfield, Massachusetts, where the family lived in a middle-class section of the city. His father, a dentist and inventor, was involved in local politics. In 1946, Redden left high school to join the U.S. Army, returning in 1948 to complete his diploma. He used the G.I. bill to attend Boston University for two years and finished his collegiate education with a law degree from Boston College of Law in 1954. Redden married Joan Johnson in 1950; they had two children.

Redden decided to move to Oregon in 1955, in part because he had fallen in love with the West when he was stationed in Denver. He took a job at a title company in Hillsboro and worked for Allstate Insurance, then moved to Medford to take a position in a local law firm. In 1956, he formed a law partnership with Hugh Collins and tried cases throughout southern Oregon for seventeen years.

Redden took part in Democratic Party politics, serving as County Democratic Chair, and in 1962 he won a seat in the Oregon House of Representatives. An effective lawmaker, he became minority leader in 1967. His achievements included passage of the law guaranteeing public ownership of Oregon beaches, early support for statutory measures against air pollution, and progressive legislation that established state oversight of the insurance industry. In a 1998 interview, he offered that he found his time in the Oregon Legislature “of all the political jobs I’ve had, certainly the most satisfying.”

In 1969, Republican Governor Tom McCall appointed Redden to the Public Employees Board, a position he held until 1972, when he won election as state treasurer. He effectively modernized the office of the treasurer and made it a more significant guarantor of state finances than it had been. Four years later, voters elected him attorney general of Oregon. In that position, he encountered long contested controversies about the decline of salmon runs in the Columbia River Basin and the disputes among state and federal agencies, sports fishing interests, and Indian treaty tribes. President Jimmy Carter nominated Redden to the Federal District Court in Oregon in 1979. Confirmed in 1980, he served on the federal bench for thirty years, holding the position of chief judge after 1990 and senior judge from 1995, until going on inactive status in 2011.

On the federal bench in Oregon, Redden held court on many important cases, including one over charges against Dennis Banks, a leader of the American Indian Movement. The case against Banks dated to the 1970s, when he was charged with weapons violations in the AIM takeover of the Lakota Indian Reservation in South Dakota. By the time the case landed in Redden's court, it had long been in the appeals process, which convinced him that it should be vacated. That ruling, a victory for Indian rights advocates, brought Redden national attention.

He also ruled on environmental cases, including one in 1996 that dealt with requirements in eastern Oregon of the Wild and Scenic Rivers Act. But Redden’s most daunting and significant cases centered on compliance with the Endangered Species Act. In 2006, he boiled down the challenge he faced in the courtroom in cases against government agencies for failing to follow the dictates of the Endangered Species Act: “as long as the Endangered Species Act is in effect, it is the responsibility of all of us to follow that law.” How Judge Redden oversaw those cases not only changed the course of the disputes at law, but also constructed a new process that continues to guide legal decisions on one of the region’s most important environmental controversies.

Redden established an enhanced role for the federal court in 2005 by remanding the Biological Opinion submitted by the U.S. Fish and Wildlife Service in a 2004 case that challenged federal agencies’ management of Columbia River dams. He ruled it a violation of the Endangered Species Act and inadequate to address the 1992 ESA listings of threatened salmon runs. He characterized the 2004 USFWS report a “shameless assault on the Endangered Species Act.” It was the second remand Redden ordered in response to Biological Opinions offered by federal agencies, and it created a continuing post-trial monitoring of the agencies’ remediation plans. In effect, Redden became the arbiter of the legitimacy and acceptability of salmon mitigation policies on the Columbia River. “By ordering and participating in status conferences, retaining experts, and otherwise pursuing detailed factual information about the case,” a scholar concluded in 2013, “Judge Redden became the most influential participant in the saga of salmon protection efforts during the first years of the 21st century.”

Redden retired from the bench on March 31, 2017. At his retirement, the Oregon U.S. District Court Historical Society newsletter noted that his “contributions to Oregon’s political, legal, and environmental history cannot be overstated. That he did this work with such pure delight, and joy, and humor is another of his gifts to us all.” 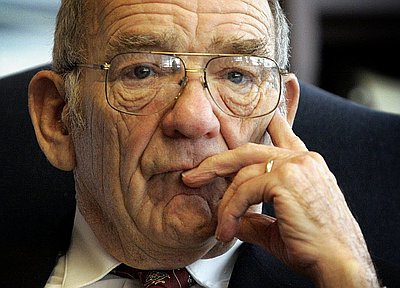 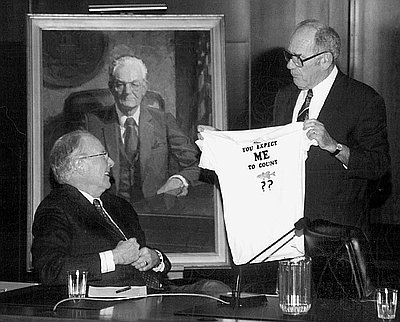