In 1977, while music director of L'Orchestre Symphonique de Quebec, James DePreist made a memorable debut with the Oregon Symphony in Portland and Salem in a program that included Beethoven's Seventh Symphony. In 1980, he was selected to join the Oregon Symphony as its ninth music director, a position he held until 2003. Under his leadership, the Oregon Symphony became a fulltime orchestra and expanded its roster of musicians. In 1984, the orchestra began performing in the newly renovated Arlene Schnitzer Concert Hall, its present home. It also extended its outreach to better serve the state of Oregon and southern Washington.

The Oregon Symphony's growth in artistic stature was confirmed in its fifteen recordings under DePreist. “In less than a decade,” Paul Turok wrote in Ovation about the 1987 Bravura recording, "James DePreist has built an orchestra of regional significance into one worthy of national and perhaps even international attention.” In 2001, Edward Greenfield wrote in Gramaphone: "DePreist, over the years since he became music director in 1980, has built the Oregon Symphony into a virtuoso band more than able to hold its own in any international company."

DePreist was born in Philadelphia in 1936, the nephew of renowned contralto Marian Anderson. After earning undergraduate and advanced degrees from the University of Pennsylvania, he studied composition with Vincent Persichetti at the Philadelphia Conservatory of Music. A first-prize winner in the prestigious Dmitri Metropoulous International Conducting Competition in 1964, DePreist was selected by Leonard Bernstein to work with him as assistant conductor of the New York Philharmonic Orchestra during the 1965-1966 season.

During his time with the Oregon Symphony, James DePreist conducted in guest appearances with major orchestras in Philadelphia, Boston, New York, San Francisco, Helsinki, Tokyo, and other cities. He also served as music director of Sweden's Malmo Orchestra and L'Orchestre Philharmonique de Monte Carlo. One national critic wrote of his conducting: "His performances tend to be alert and extroverted yet reasonably elastic, sensuous and colorful; his interpretations can be personal without becoming idiosyncratic."

Widely admired for his humanity and his ability to communicate, DePreist received numerous civic awards and recognitions in Oregon, including honorary doctorates from several Oregon colleges and universities. He published two books of poetry during his time with the symphony, This Precipice Garden (1986) and The Distant Siren (1989).

DePreist retired as music director of the Oregon Symphony in 2003; he was laureate music director until 2007. After leaving Oregon, he served as director of conducting at the Juilliard School of Music and permanent conductor of the Tokyo Metropolitan Orchestra. In 2005, James DePreist received the National Medal of the Arts, the nation's highest award for artistic excellence. He passed away in February 2013. 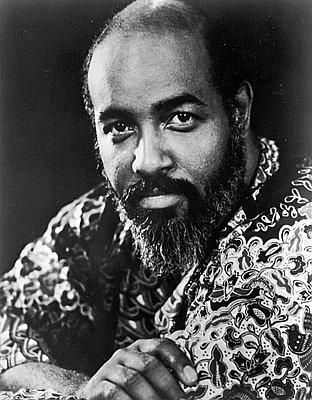