Gus Van Sant, Oregon’s most celebrated filmmaker, has lived and worked in Portland for more than thirty years. Portland is the setting for several of his independent films, which portray the Bohemian youth culture of the city and its grittier landmarks, including rail yards, warehouses, rooftops, and skate parks. Portland is “a city of a million people,” Van Sant told an interviewer in 2011, “yet it’s a town, small enough that people are familiar faces, even though you don’t know them.”

Born in Louisville, Kentucky, on July 24, 1952, Van Sant is the son of Gus Van Sant, a clothing executive for McGregor-Doniger and White Stag, and Betty Seay Van Sant, a homemaker. He completed high school at the Catlin Gabel School in Portland, where he developed an interest in painting and film, and graduated from the Rhode Island School of Design with a bachelor of fine arts degree in 1975.

By 1976, Van Sant was working as a Hollywood production assistant. In 1981, he made his first film, Alice in Hollywood, a forty-five-minute critique of the film industry; it was never released. He worked in a New York advertising agency from 1981 to 1983 and returned to filmmaking in 1985 with Mala Noche, a 16 mm black-and-white film shot in cinéma vérité style. Set in Portland, where Van Sant had relocated in 1983, the film is an adaption of a novella by Portlander Walt Curtis. Shown first as an underground film, Mala Noche was released in 1987 and received the independent feature award from the Los Angeles Film Critics Association.

Van Sant’s work often uses dark humor and novel techniques in its exploration of the themes of family, community, alienation, ambition, and death. In 1989, he co-wrote and directed Drugstore Cowboy, also set in Portland and featuring Matt Dillon as the head of a family of drug addicts. In 1991, he produced My Own Private Idaho, the story of a mayor’s son who falls for a narcoleptic street hustler. The film is considered one of his best artistic efforts.

Van Sant’s 1994 adaptation of Tom Robbins’s 1976 novel, Even Cowgirls Get the Blues, was not a commercial or critical success, but he recovered with To Die For, a dark comedy based on the murder trial of Pamela Smart, the New Hampshire teacher who persuaded her fifteen-year-old lover and his friend to kill her husband. The success of that film led to the opportunity to direct the 1997 hit Good Will Hunting, which featured Matt Damon as a gifted mathematician working as an MIT janitor.

In 1998, Van Sant’s shot-by-shot remake of Hitchcock’s classic Psycho was a critical and box office failure, but in 2000 he directed the well-received Finding Forrester about the relationship between an aspiring writer and a recluse. In 2008, Van Sant directed the Hollywood production of Milk, the Oscar-nominated film about the murders of San Francisco City Manager Harvey Milk and Mayor George Moscone. Four years later, he directed Promised Land, an exploration of the economic and environmental effects of hydraulic fracking.

Since 2000, Van Sant has focused on making independent films. His so-called death trilogy—Gerry, Elephant, and Last Days—are experiments with perspective and cinematography. For Elephant, inspired by the 1999 massacre of students at Columbine High School, Van Sant won the Palme D’or as the best director at the 2003 Cannes Film Festival. Paranoid Park (2007), an adaptation of a Blake Nelson novel, and Restless (2011) were both filmed in Portland.

Van Sant established a reputation as a director whose low-key style enables actors to do their best work. He received Academy Award nominations for best director for Good Will Hunting and Milk, and helped shape gay cinema with Mala Noche and My Own Private Idaho.

He is also an artist, author, and musician. In 1997, he published a novel, Pink, about a director obsessed with the dead star of his infomercials. He also published a book of photography, 108 Portraits (1993), and released two albums, Gus Van Sant (1997) and 18 Songs about Golf (1998). His photography has been exhibited at PDX Contemporary Art and the Jordan Schnitzer Museum of Art in Eugene.

In 1992, Van Sant received a Freedom of Expression Award from the Oregon chapter of the American Civil Liberties Union. He has been a member of the board of the Oregon Film and Video Office since 2004 and received an Oregon Historical Society History Maker award in 2011. 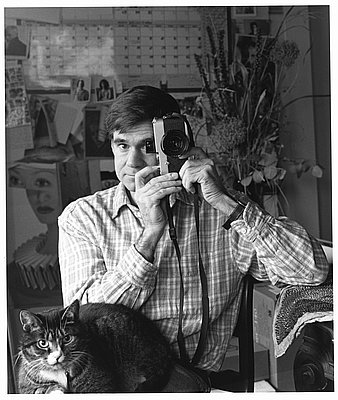 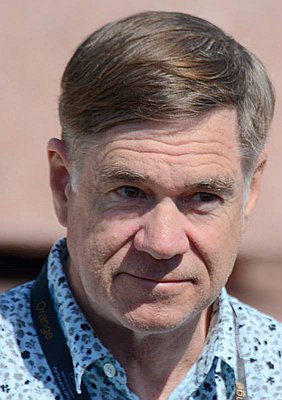