The Oregon Historical Society is a private museum, archival library, and educational institution headquartered in downtown Portland. It was founded on December 17, 1898, with the purpose of forwarding the “collection, preservation, exhibition, and publication of material of a historical character, especially that relating to the history of Oregon and of the United States.”

The new society’s aims were more cerebral than those of the earlier Oregon Pioneer Association (1873), but they were still broadly celebratory of the recent wave of American settlers who had emigrated to the region. Its first president was Harvey W. Scott, prominent editor of the Portland Oregonian. Other early leaders included Frederic G. Young, professor of sociology and economics at the University of Oregon, and George H. Himes, Portland printer and a leader of the Oregon Pioneer Association. Young, a Yale-educated proponent of the value of local history, founded the scholarly Oregon Historical Quarterly in 1900 and edited it until his death in 1929. Himes, a dedicated collector of historical artifacts and publications, was the designated curator and the public face of the society until he died in 1940.

From its inception, the society was prominent in several efforts to locate and preserve historic places. In 1901, it acquired land at the site Fort Clatsop, where Meriwether Lewis and William Clark and their expedition party spent the winter of 1805-1806. The same year, OHS erected a monument at Champoeg to mark the 1843 founding of local government. Fort Clatsop National Memorial and the Champoeg State Heritage Area include those sites today.

The society’s research library and museum holdings swelled with Himes’s ability to solicit contributions. First housed in city hall, then in a storefront, and for some four decades in cramped rooms in the civic auditorium, the collections were only partially accessible to researchers. The society’s work became more visible when in 1925 its quarterly journal began publishing the results of research by Lewis A. (Tam) McArthur into the origin of Oregon place-names. McArthur, an electric utility executive of tenacity and rare wit, published a compilation of his popular research in 1928.

The success of Oregon Geographic Names led OHS to collaborate with publishers Binfords & Mort to issue expanded editions in 1944 and 1952 and eventually to create its own publishing program. The society’s longtime and influential librarian, Nellie Pipes, also collaborated with McArthur, to the extent of marrying him and of preparing the third edition of his book after his death in 1951.

After more than a half-century of struggle, funded by private donations and a tiny but continuing state appropriation, OHS hired its first fulltime director in 1954. The young, Seattle-born Thomas Vaughan held history degrees from Yale and Wisconsin, and his education was tempered by a stint in the Marine Corps. With the centennial of Oregon statehood approaching in 1959, Vaughan launched a program honoring Century Farm families in 1958 in connection with the state Department of Agriculture. The following year, he assembled the Van of History to travel around the state, crammed with historical documents and artifacts from the collections. The society’s book publishing expanded through a relationship with Champoeg Press at Reed College, and Vaughan successfully lobbied the legislature for increased public appropriations.

Vaughan’s fundraising efforts toward a purpose-built, society-owned facility culminated in the opening on October 1, 1966, of a three-story headquarters building on a prominent downtown site opposite the Portland Art Museum. Designed in a neo-brutalist style by Wolff Zimmer Gunsel Frasca, with input from Pietro Belluschi, the building included collection storage areas and space for curatorial, editorial, and administrative offices. By 1970, the society employed a staff of nearly three dozen, supplemented by volunteers and student interns.

During the 1970s and 1980s, OHS mounted a number of ambitious and broad-reaching exhibits, often accompanied by catalogs and popular publications. Institutions from around the world loaned artifacts for Captain Cook, R. N., the Resolute Mariner (1974) and for an exhibit on the fur trade in the Pacific Northwest, Soft Gold (1982). In 1986, the society exhibited one of four copies of the Magna Carta, on loan from Lincoln Cathedral in England. The exhibit was described as “a major media event,” with a record-breaking 55,000 visitors in sixteen weeks.

During the same period, the society’s publications program expanded, underscoring the strength of its research library. In addition to new editions of Oregon Geographic Names (1974, 1982) were titles emphasizing regional art and architecture, led by a two-volume set of essays on building in the Pacific Northwest, edited by Vaughan and Virginia Guest Ferriday, titled Space, Style and Structure (1974). Terence O’Donnell’s That Balance So Rare: the Story of Oregon (1988) and Sharon Wood’s The Portland Bridge Book (1989) reached wide audiences.

Beyond the expected book and manuscript collections, OHS took an early interest in collecting historical photographs, maps, newsreel film, and radio transcription recordings as research materials. An oral history program began in 1975 and quickly set a national standard. The personal interest of Vaughan and his wife Elizabeth (Sherry) in early Russian adventurers in North America led to the creation of the North Pacific Studies Center. Headed by Sherry Vaughan and supported primarily through federal grants, the center was a highly visible activity of the society until it was closed in 1991.

The retirement of Vaughan in 1989, after leading the society for more than a third of a century, marked the beginning of a lengthy period of travail. Vaughan’s successor, museologist William Tramposch, faced financial difficulties and a successful staff unionization effort; his tenure ended in 1991. After an interim period led by Vaughan’s longtime assistant director, Millard McClung, Chet Orloff was named executive director in 1992. During the next decade, the society encountered wavering fiscal support from the legislature, and it participated in efforts to create an ongoing, state-sponsored entity to support arts, heritage, and humanities activities. Those efforts culminated in the creation of the Oregon Cultural Trust in 2001, with the society one of the five official partners. Continuing state appropriations for the society were suspended in 2003.

Following Orloff's resignation in 2001, former Oregon secretary of state Norma Paulus took the helm as interim executive director in 2001. John Pierce was named executive director in 2003, followed by George Vogt in 2006, and Kerry Tymchuk in 2011. The succession of directors reflected continuing financial problems, board differences over admission fees and revenue-raising options, and wider questions about the changing nature of museums and libraries. The society hosted the national touring exhibit on the Lewis and Clark Expedition in 2005-2006, a long-planned-for event that garnered wide respect but did not meet attendance expectations. By 2009, staff reductions had terminated the oral history, publications, and folklife programs and threatened the closure of the research library.

In 2010, Multnomah County voters approved a five-year support levy for the society. Operations have since stabilized, research library hours were expanded, and some staff positions were restored. New collaborations have helped maintain some programs, including becoming a partner in the Oregon Folklife Network hosted by the University of Oregon. There have been renewed commitments to regional exhibits, the research library, the distinguished Oregon Historical Quarterly, and the online Oregon Encyclopedia. In May 2016, Multnomah County voters renewed the levy for another five years.

The society has been a respected research institution since its inception, a position bolstered by the impressive range and extent of its collections. The society’s museum cares for an estimated 85,000 artifacts; and the Davies Family Research Library estimates that it holds more than 35,000 books and pamphlets, 3.5 million photographic images, 30,000 maps, 8.5 million feet of film and video, 16,000 rolls of microfilm, 1,000 periodical titles, 12,000 lineal shelf feet of manuscript materials, and oral history interviews with more than 6,000 Oregonians. The society’s collections are without doubt the largest and most comprehensive on the globe supporting research on Oregon history.

Supplemented by supporting activities such as digital history projects and lectures through the Hatfield Historians Forum, the Oregon Historical Society in the twenty-first century is centered on its research facilities, the Quarterly, and its museum exhibits. In its unbroken continuity since 1898, OHS has maintained, through often parlous times, a commitment to the enduring value of the study of the state’s people and their history. In the words of Thomas Vaughan, the Oregon Historical Society and its members are the “stewards of our unfinished past.” 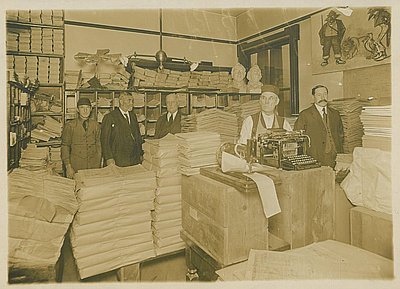 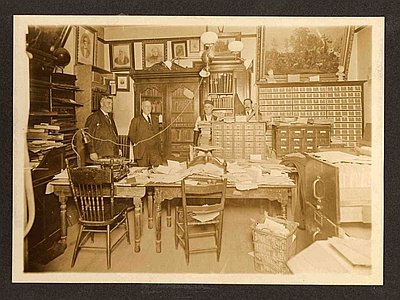 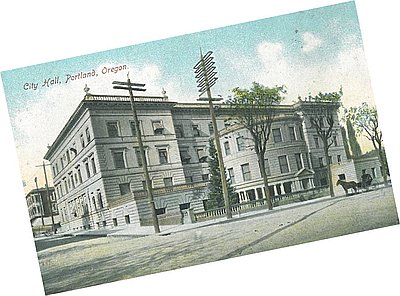 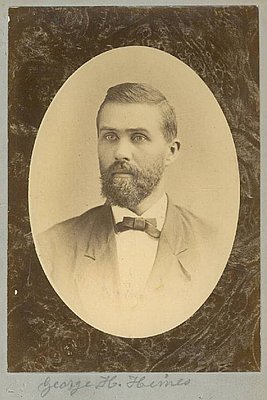 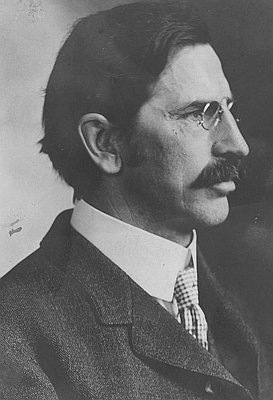 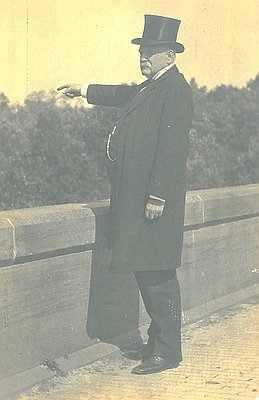 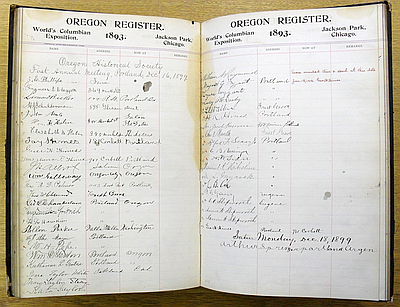 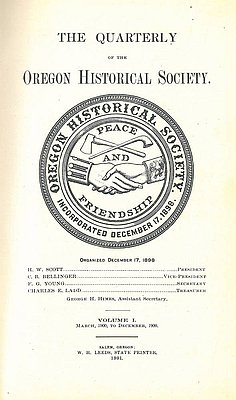 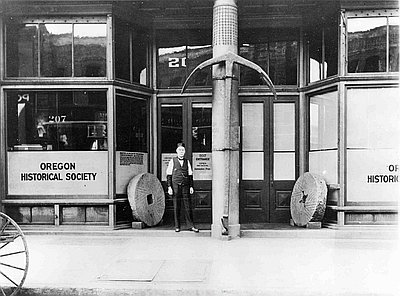 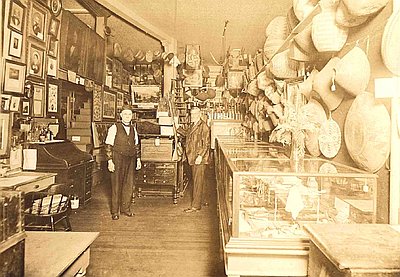 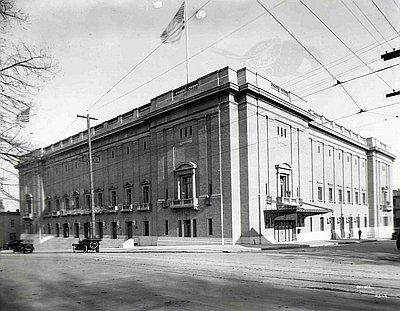 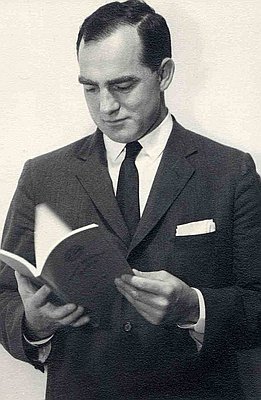 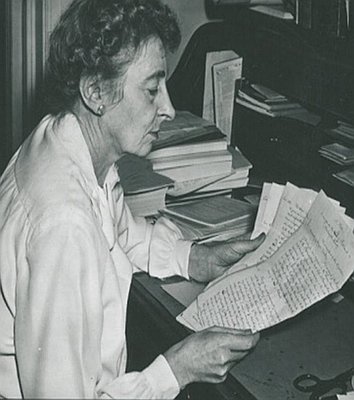 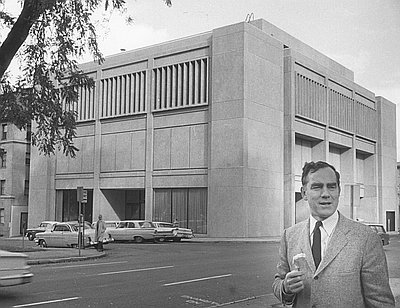 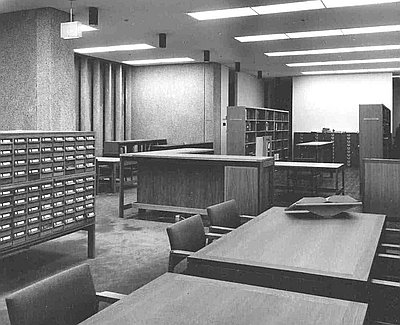 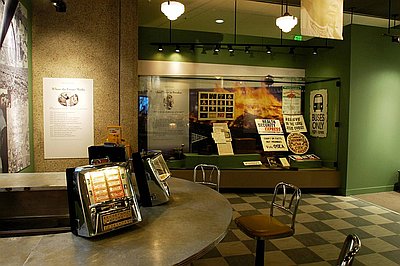 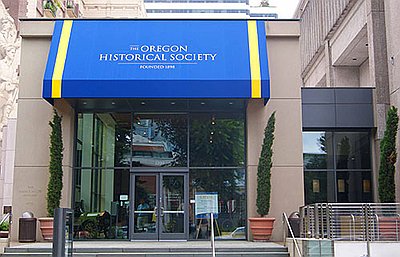