Harvey Whitefield Scott was the dominant editorial voice in the Pacific Northwest for the forty years he edited the Portland Oregonian, from 1865 to 1910 (with a five-year break in the 1870s to work as collector of customs for the Port of Portland). He monitored political issues—territorial, state, and national—and told his readers how to vote. He kept an analytic eye on economic opportunities and boosted his city and region to immigrants and investors, declaring: “I believe I have written the word ‘Oregon’ more than any living man.”

His influence was so great that in the 1896 election his vigorous opposition to the populist Democrat William Jennings Bryan won Oregon's electoral votes for stand-pat conservative William McKinley, despite Bryan's popularity in the West. Scott's victory editorial intoned: “Honor, morality and public faith; business and industry; law and order; peace and justice; righteousness and civilization are saved. Gloria in excelsis deo!” He enjoyed a national reputation in his later years, including a seat on the Associated Press board of directors from 1900 until his unexpected death after surgery in 1910.

An incongruous combination of prototypical pioneering and classical education prepared Scott for his editorial career. Born in Illinois in 1838, he traveled the Oregon Trail with his family in 1852. Both his mother and a brother died on the trail, and the family settled in the Willamette Valley. Scott helped clear and cultivate three farm sites in Oregon and Washington, and he fought Indians in the bitter Yakima War of 1855-1856, earning a sergeant's chevron when he was eighteen. He worked as logger and surveyor and in his father's sawmill.

Scott fulfilled the simple but stern college admission requirements of that day by teaching himself Latin and Greek. At twenty-five, he earned the region's first classical A.B. degree at Pacific University in Forest Grove. After a stint in the Idaho mines in 1863, Scott moved to Portland, where he studied law, became the Portland Library's first librarian, and free-lanced editorials for the Oregonian. In 1865, he became editor of the paper.

Scott's transitions from cultural deprivation to classical education to the editorial desk brought a rare and creative dimension to his career. He aspired to share the fruits of his education and his serious lifelong studies with his pioneer readers, who “were not by any means indifferent to the finer impulses,” as he once told a friend. The Oregon Pioneer Association summed up Scott's career at his death: “Mainly he was an instructor . . . tens of thousands were his daily students.”

Without neglecting workday editorial functions, Scott spread before his readers a generous curriculum of the great literature of the Western world, history universal and local, and the provocative scholarship in higher criticism and comparative religion that comprised the new liberal Christian theology. Such were the possibilities in an era of personal journalism, when a paper could become an extension of its editor's persona.

The modern history of the Pacific Northwest was so short, Scott's career so long, and his fabled photographic memory so acute that it was natural for him to become the chief public authority on regional history. Whatever the issue of the day, Scott would sketch its background as extensively or succinctly as required. He edited the first History of Portland (1890), writing 20 percent of its 650 pages. He partnered with University of Oregon Professor Frederic G. Young in co-founding the Oregon Historical Society in 1898 and served as its first president. He also contributed six essays to early issues of the Quarterly of the Oregon Historical Society.

Scott was president of the Lewis and Clark Exposition corporation and was invited to lecture at the joint meeting of the Pacific Coast Branch of the American Historical Association and the Oregon Historical Society held at the Exposition in August 1905. He chose a broad philosophical topic for the day, “The Unity of History.” Leslie Scott compiled his father's editorials and addresses in six volumes, entitled History of the Oregon Country (1924).

Harvey Scott prided himself on being a philosophically consistent conservative, basing his positions on the “first principles” of Edmund Burke and others. This led him to oppose populists like Bryan, inflation in all of its forms, labor organization, socialism, and any governmental expansion. Many considered some of his stands to stem more from elitist insensitivity than principled conviction, such as his opposition to reforms of corrupt politics, tax-supported high schools and normal colleges, the democratization of local government in the “Oregon System,” and woman suffrage (at times intensified by public and private debate with his prominent suffragette sister, Abigail Scott Duniway).

Scott's political influence was considerable. In 1900, for example, Oregon ranked third from the bottom of the forty-five states in its number of four-year high schools (just four) in proportion to population, behind many less prosperous states. After Scott publicly withdrew his twenty-year opposition to high schools in 1901, more than eighty secondary schools were founded in that decade, by far the highest percentage increase of any other state.

Scott sought election to the U.S. Senate in the 1902 Oregon legislative session and enlisted the support of wealthy politico Jonathan Bourne Jr., who controlled the votes of a significant bloc of legislators. He signed an agreement to pay Bourne $25,000 for his “expenses” in return for his support. Bourne's bloc voted for Scott for three ballots late in the forty-two-ballot marathon, but a majority escaped him.

Combative, judgmental, blind to the corrosive effects of political corruption, Scott typified his tough times. Yet, he was brilliant and studious and a powerful stylist. He served well the cultural needs of a people emerging from frontier conditions. On balance, and at his best, he improved the commonweal by demonstrating the delights that arise from the furnishing and the expressions of the mind. 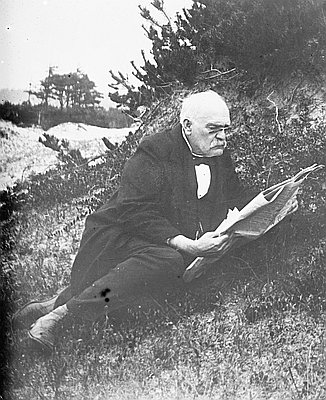 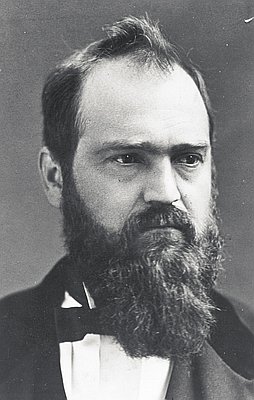 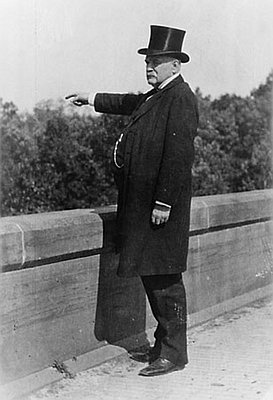