John Adams High School opened its doors in 1969 for Portland students who lived in the Jefferson, Grant, and Madison high school attendance areas. The mission of the school, which was designed by four recent graduates of the Harvard Graduate School of Education, was to improve student achievement and to implement an extensive school-based teacher education program.

Adams immediately received national attention because of its unique approach to school organization, student learning, curriculum design, and teacher training. The school was organized into four "houses," or schools-within-a-school, each led by a master teacher who worked with the same group of students for four years. Each house was responsible for teaching basics through multi-disciplinary classes, and the rest of the curriculum was based on intensive student involvement. Teaching and learning, which often took place outside the school, were designed around the students' interests.

The teacher training program at Adams used master teachers to train student teachers and interns. The school established working relationships with departments of teacher education, including those at Portland State University, Lewis & Clark College, and Reed College. Adams and Oregon State University received a federal grant to enable would-be teachers from minority and nontraditional backgrounds to work in an inner-city high school and to attain teacher certification. The high school also was the site of a program for a masters degree in social work through Portland State University.

During its early years, the school experienced difficulties, primarily because of insufficient parental involvement, lack of staff agreement on issues of student behavior, and the difficulties of writing and structuring units with interdisciplinary topics. Student enrollment declined, as growth projections for the area fell below expectations. The school closed in 1981. Portland director Gus Van Sant used Adams High School as the setting for his film "Elephant" in 2003. 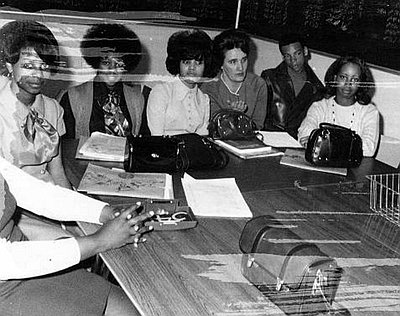