Pilot and legislator Ken Jernstedt was known as the “First Ace Ever” for his service in the Flying Tiger Squadron during World War II. He served on the Hood River City Council, as mayor of Hood River, and as a member of the Oregon House and Senate. Late in his life, Jernstedt lost his eyesight and worked on behalf of the blind. He told the Hood River News in 1989, “I consider myself lucky to have survived three different careers.”

Kenneth Allen Jernstedt was born on July 20, 1917, on a farm near Carlton. He attended Yamhill Union High, graduating in 1935, and Linfield University (then College) in McMinnville, where he received a bachelor’s degree in business administration in 1939. He married Laura Elliott in 1942, and they had three children. Laura died in 1960. He married Gen Weder Carl in 1962 and adopted her sons and daughter. She served on the Hood River City Council and worked as an aide for her husband at the Oregon legislature.

Jernstedt attended the U.S. Marines Flight School in Pensacola in 1940 and volunteered in 1941 for the American Volunteer Group Flying Tiger Squadron, part of the U.S. Marine Air Corps. He served under Gen. Claire Chenault from 1941 to 1945, including one year as a Flying Tiger pilot in China, and was decorated for downing thirteen Japanese aircraft. He earned the “ace” status after shooting down his fifth enemy aircraft and worked as an experimental test pilot for Republic Aviation from 1942 to 1945.

Jernstedt was elected mayor of Hood River in 1958, serving until 1967, when he was elected to the Oregon House of Representatives. In 1969, he won a seat in the Oregon State Senate and represented the Eighteenth and Twenty-eighth Districts from 1969 to 1988. He served on numerous boards in Hood River, and the Hood River Chamber of Commerce named him First Citizen of Hood River in 1976. "My success in politics” he told the Hood River News in 1989, “has really just been a natural instinct to do my part as a citizen.”

In the legislature during the 1970s, Jernstedt was part of a group of Republicans known as the "Phone Booth Caucus," a reference to the small number of Republicans in the 1977 Senate—so few that they could fit in a phone booth. He served on many committees, and his politics leaned conservative, often reflecting his business experience. He broke with fellow Republican Tom McCall, for example, to vote against the 1971 Bottle Bill and the 1973 statewide planning bill, SB 100.

When the Rajneeshees moved into his district in the 1980s, Jernstedt worked to mitigate their impact on Wasco County politics. Leader Ma Sheela flew him from Hood River to the Muddy Ranch compound outside of Antelope for a tour—a day he vividly recalls in his oral history. He later wrote legislation preventing the Rajneeshees from collecting state gas, cigarette, and alcohol taxes pending the designation of the community as a "town," and he helped prevent them from renaming the historic Antelope post office. The town itself became Rajneeshpuram for a short time when ranch members took over the city council. In 1986, in an effort to stop the Rajneeshees from busing outsiders into the county to same-day register and vote for their candidates, Jernstedt helped pass a Senate bill requiring a delay of twenty-one days between registration and voting, a requirement that endures.

In 1980, Governor Vic Atiyeh was touring a license plate factory and spied the plate “AVG 088” coming off the line. He asked that it be given to his friend Ken Jernstedt in honor of his World War II service group and Flying Tiger plane number, 88. The Port of Hood River named its airfield in his honor in 2001, and the entry gate at the Oregon Air National Guard was named for him in 1981. In 1983, he received both the alumnus of the year award from Linfield College and the Friend of the Fairs award, the first time the Oregon Fair Board bestowed the honor on a member of the legislature. Jernstedt received the Distinguished Flying Cross in 1996 and was made an honorary member of the Oregon Pilots Association in 1997. He was inducted into the Oregon Aviation Hall of Fame in 2003.

In 1998, Governor John Kitzhaber appointed Jernstedt to the Oregon Commission for the Blind. He had developed glaucoma in 1972 and had been legally blind since 1995. For years after he retired, he went on walks with his golden Labrador seeing-eye dog, Driscoll, making the daily walk down steps and steep sidewalks to join friends for breakfast. He told Martin D. Trees in a 2002 article for American Profile, “I think I’m the only person in the world with a seeing-eye dog to have received the Distinguished Flying Cross 50 years after the fact.”

Jernstedt also has the distinction of being the only man in Hood River County with a statue commissioned in his honor. The sculpture of Jernstedt and Driscoll, created by Heather Soderberg of Cascade Locks, is at the Western Antique Aeroplane Museum, adjacent to Jernstedt Airfield. 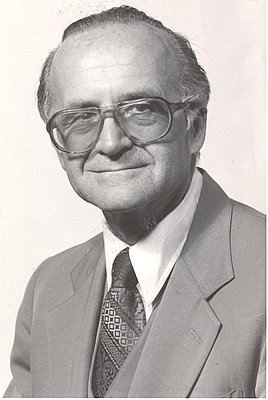 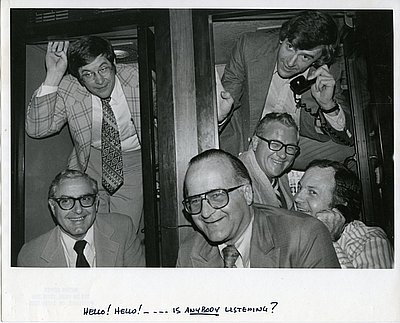 Situated in the Columbia River Gorge about sixty miles east of Portland, the City of Hood River occupies a transition zone between temperate, wet western Oregon and the dry, high plateau of eastern Oregon. The city, which had a population of about 7,990 people in 2018, shares its name with …