Victor George Atiyeh was governor of Oregon from 1979 to 1987. The first Arab American governor in the United States, he became known as Trader Vic as he worked to bring international investment to the state. During his time in office, he dealt with the Rajneeshees in central Oregon in the 1980s, the effects of the 1980 eruption of Mount St. Helens in southwestern Washington, and Oregon’s worst recession since the Great Depression in the early 1980s.

Born in Portland on February 20, 1923, Atiyeh was the son of immigrants from the Ottoman Empire (modern-day Lebanon and Syria) and was raised with two older twin brothers in northeast Portland. The family started a carpet business in the early 1900s, and Atiyeh grew up sweeping out the warehouses and washing carpets during his school vacations. After World War II, he and his brothers ran the business as equal partners until Atiyeh was elected governor in 1978.

Atiyeh won a seat in the Oregon House as a Republican in 1958. Representing Washington County, Atiyeh ran for office to bring a business perspective to the legislature. His goal was the careful spending of public dollars. It was the beginning of twenty years of service in the Oregon legislature—from 1959 to 1964 in the House and from 1965 to 1978 in the Senate. Always in the minority party, Atiyeh nevertheless played a central role in the creation of Oregon’s environmental and land-use laws. He developed a reputation as an expert on state finances. In 1974, Atiyeh was the Republican nominee for governor. Defeated by Democrat Robert Straub, Atiyeh went back to work in the Oregon Senate.

In the 1978 Republican gubernatorial primary, Atiyeh defeated Roger Martin, the Republican leader of the Oregon House, and former governor Tom McCall, who was attempting to return to the governorship after serving in 1967–1975. In the general election, he defeated Governor Straub and took office in January 1979.

Government finance, taxation, and economic growth were important to Atiyeh, and he had an opportunity during his term in office to shape the Oregon economy. He completed the implementation of Oregon’s land-use law, getting all cities and counties in Oregon to phase in their master plans. The national recessions of 1980 and 1982 brought profound changes to the state, with the timber industry hit particularly hard. As locally owned mills and land were sold off to large out-of-state corporations, Atiyeh redoubled his efforts to recruit businesses to Oregon that would stay in the state for the long term.

Atiyeh traveled many times to East Asia to attract businesses to Oregon. In Oregon, a statue of Atiyeh stands in the international concourse of the Portland International Airport to honor his work in connecting Oregon to the world. Atiyeh’s efforts were rewarded at the ballot box. He won reelection in 1982 with a record 61.6 percent of the vote.

A key to attracting large businesses was repealing the unitary tax, which levied a tax on the Oregon portion of a corporation’s worldwide income. Several international companies were interested in moving to Oregon, but the unitary tax kept them out. Atiyeh worked with the legislature to repeal the tax in 1984, a move that attracted many of the companies that helped Oregon’s Silicon Forest take off in the 1980s and 1990s. His personal relationships with heads of state and company leaders raised Oregon’s profile as a place for major investment, just as California was becoming too expensive for many firms.

Atiyeh appointed Oregon’s first female Supreme Court Justice, Betty Roberts, and he had the first female chief of staff, Gerry Thompson. In 1981, he pushed for one of the earliest laws against hate crimes in the country. Reflecting his own upbringing among neighbors from diverse cultures in northeast Portland, he felt "that people from other groups were 'on the same level' as him. They were 'just people I grew up with.'" Atiyeh strongly encouraged his ombudsman, Jackie Winters, to create Oregon Food Share, which later became the Oregon Food Bank. Atiyeh worked with several tribal nations in Oregon as they gained recognition and power from the federal government. The Confederated Tribes of Warm Springs recognized his support with a lifetime fishing license for reservation waters.

Atiyeh faced a major challenge with the rise of the Rajneeshees, from 1981 to 1985. The group settled on a ranch eighteen miles from Antelope in central Oregon, took over the politics of the town, and made threats to public officials in Wasco County and in Salem. In a political tug of war with the citizens of Antelope, the Rajneeshees registered their members to vote and took over the city council. An attempt to do the same in Wasco County involved busing in homeless people from the Portland area who would vote for the Rajneeshee candidates. Oregon Secretary of State Norma Paulus led the public effort to deal with Rajneeshee electoral violations, and it was Atiyeh’s behind-the-scenes bargaining with the Rajneeshees, managed by Gerry Thompson, that led to the disintegration of the group’s leadership team. Atiyeh saw the issue as a balance between public safety and freedom of expression. He never met face-to-face with representatives of the Rajneeshees, and he always carried an unsigned executive order that would have declared martial law in Wasco and Jefferson Counties.

Atiyeh served as an unofficial United States ambassador to the Middle East. On a 1984 trade trip, he met with Syrian president Hafez Assad, as well as leaders in Saudi Arabia, Egypt, and Israel. After leaving the governorship in 1987, Atiyeh began a long career as an international business consultant. He also continued his work with numerous community organizations, including OMSI, Special Olympics, and the Boy Scouts of America. A Boy Scout in his youth, Atiyeh served in many adult leadership roles, including as president and commissioner for the Columbia Pacific Council. 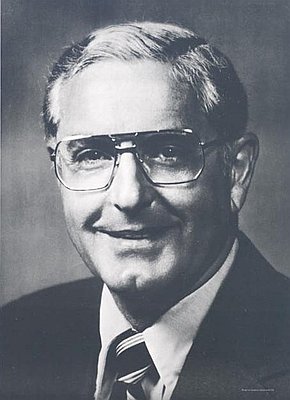 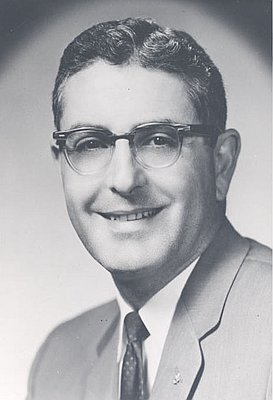 Betty Roberts was a thirty-two-year-old housewife with four children when she went back to college in 1955. Her decision went against the wishes of her banker husband and the conventions of 1950s society. That marriage did not last, but Roberts’s step toward independence bore abundant fruit, putting her on the …

Norma Paulus was a forward-thinking, practical-minded Republican leader whose efforts to advance women’s rights, environmental protection, public education, and governmental transparency helped cement Oregon’s progressive reputation from the 1970s through the early 2000s. The first woman to be elected to statewide office in Oregon, she was also one of a …

Bhagwan Shree Rajneesh, a spiritual teacher who developed a substantial international following in Pune, India, decided in 1981 to relocate to the United States. While investigating possible sites, he and his chief lieutenant, Ma Anand Sheela, visited the 64,000-acre Muddy Ranch in southern Wasco County, decided that it was the …

The enactment of Senate Bill 10 in 1969 was a crucial step on the path to Oregon’s landmark Senate Bill 100, passed in 1973, and the adoption of the goals that are the heart of the state’s land-use planning program.

Oregon was the second state in the nation, after California, …