Bhagwan Shree Rajneesh, a spiritual teacher who developed a substantial international following in Pune, India, decided in 1981 to relocate to the United States. While investigating possible sites, he and his chief lieutenant, Ma Anand Sheela, visited the 64,000-acre Muddy Ranch in southern Wasco County, decided that it was the perfect place for their planned community, and purchased it at top dollar.

The new settlement attracted hundreds of followers, and then thousands—largely North Americans but also many Europeans. Transfers of capital from adherents financed the expansion. Within two years, the community had roughly 7,000 residents (not all were full time) and the appurtenances of a regular town, including a water system and a police force. Rajneeshees—a popular term that adherents disliked—also bought a former women's residence hotel in downtown Portland.

Oregonians greeted the development with much bemusement, some support, and rapidly growing distaste. The last sentiment was exacerbated by the in-your-face attitude of many adherents, their largely successful efforts to close the community to the press, their increasingly prominent displays of weaponry, and the Bhagwan's apparent self-indulgence in the form of dozens of Rolls Royce automobiles. The settlement appeared to outsiders to be an uncomfortable mixture of serious religious community, manipulative cult, and a big summer camp for adults (to borrow Frances Fitzgerald's metaphor).

Residents of the tiny town of Antelope, eighteen miles from the ranch, were in most frequent contact with the Rajneeshees. The Bhagwan's followers began to move to Antelope in large numbers to establish a satellite community, and in April 1982, old-timers tried to disincorporate the town. The effort failed due to the new Rajneeshee voters, and the new majority renamed the town Rajneesh.

Because the ranch was agricultural land in a rural part of Wasco County, creation of what was effectively a new city violated state land-use laws. Rajneesh leaders used physical intimidation to exclude Wasco County officials from the ranch and tried to incorporate it as the City of Rajneeshpuram, a status that would subject them to fewer restrictions. Oregon Attorney General David Frohnmayer argued vigorously that the incorporation was illegal because the community was closed to nonadherents, a position with which court decisions agreed. (In a moot decision laid down in 1987, after the community had imploded, the Oregon Supreme Court ruled that the incorporation was legal.)

Rajneeshees also tried to expand their political control by busing homeless people from outside the area to register as Jefferson and Wasco county voters. This effort aroused the attention of Oregon Secretary of State Norma Paulus, who monitored residency requirements, and fell far short of influencing county elections.

On September 14, 1985, Ma Anand Sheela and several other leaders abruptly left Rajneeshpuram in the wake of mounting evidence that the community's top leaders had conspired in a series of crimes. They were accused of arson, wiretapping, attempted murder, and the planting of salmonella bacteria in the salad bars of several restaurants in The Dalles, sickening 750 people.

Bhagwan Shree Rajneesh denounced Sheela, then left the community by chartered plane in October, perhaps in an attempt to flee from prosecution. He eventually made a plea bargain on immigration fraud charges and agreed to leave the country. Ma Anand Sheela and several other leaders were convicted of an assortment of crimes.

By 1986, Rajneeshpuram had become another of many western ghost towns, and since 1999 a Christian youth camp now makes use of the many buildings and facilities. 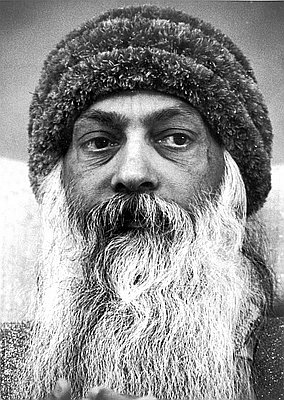 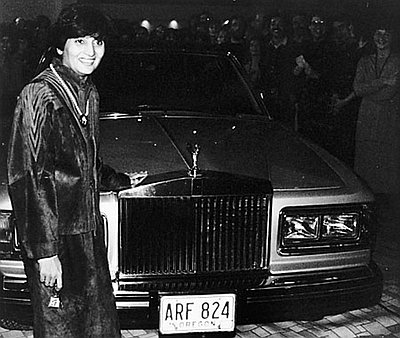 Carter, Lewis F. Charisma and Control in Rajneeshpuram: The Role of Shared Values in the Creation of a Community. New York: Cambridge University Press, 1990.