Heceta Head Lighthouse stands 205 feet above the Pacific Ocean on a bluff carved out of the west side of 1,000-foot-high Heceta Head, twelve miles north of Florence. The light shining from the 56-foot-high tower flashes a white beam for eight seconds every minute. Visible for twenty-one miles, it remains Oregon’s most powerful lighthouse beam. Spanish Basque explorer Bruno de Heceta (or Hezeta) y Dudagoitia sailed along the Oregon Coast in 1775 as part of an expedition for the Spanish crown, to explore and bolster Spain’s claims to the coast between San Blas, Mexico, and the Pacific Northwest coast as far north as southern Alaska. In 1862, George Davidson of the Coast Survey named Heceta Head in his honor.

In support of its goal to have a light visible along the entire Oregon Coast, the United States Lighthouse Board recommended a lighthouse at Heceta Head due to the ninety-mile gap between lighthouses at Yaquina Head and Cape Arago. The headland was ideal for this purpose—not only extending far to sea, but also with a southern flank that at the time was fully open to view across meadows (likely created by Native burning) where a dense Sitka spruce forest now stands.

The U.S. Congress appropriated $80,000 in 1889 to build a first-class light station on Heceta Head. In 1891, the government purchased a nineteen-acre parcel, plus rights to a spring, for $825 from homesteaders Welcome E. and Dolly Warren, who had filed a claim for 164 acres three years before. In the same year, the U.S. Department of the Interior also set aside 239 acres of public land as a lighthouse reservation, both for potential future expansion and to prevent others from encroaching on the lighthouse area.

Before construction could begin, the Lighthouse Service needed to build a wagon road to Florence in order to haul essential supplies to level the benches (wave-cut shelves along the shore) before construction. William Cox, owner of the nearby ranch, gave the government right-of-way permission over his land. The seven-mile road over beaches, dunes, and sheer basalt was completed by April 1892.

H.M. Montgomery & Company of Portland was the principal contractor for the lighthouse buildings, which included two kerosene-oil houses, a barn, the head keeper’s dwelling, and a duplex for the assistant keepers. The dwellings were built in a Queen Anne style. Brick, lime, and cement were brought by ship from San Francisco, and supplies were towed to the mouth of the Siuslaw River and loaded onto wagons for the trip down the road, which was often impassable due to high tides, muddy conditions, and inclement weather.

The 56-foot-tall lighthouse tower was completed in August 1893, but the first-order Fresnel lens—built by the Chance Brothers of Birmingham, England—did not arrive aboard the tender Manzanita until the fall of that year. Chance Brothers had packed the lens in a container of molasses so that it would survive the arduous journey. Though the lens and its clockwork mechanism arrived at the station in October, it could only be partially installed because the lighthouse lamps, shipped from Staten Island, New York, were still in transit. They finally arrived in February 1894, and the light was first lit on March 30, 1894. The first keeper of the lighthouse was Andrew Hald.

Heceta Head was a remote place in the late nineteenth century. Due to the year-round isolation, Heceta Head had its own post office and a school district with a one-room schoolhouse, whose teacher taught the children of the keepers and area ranchers and farmers. One teacher taught all eight grades. In 1916, a larger schoolhouse was built for the fourteen students then in attendance; nine of the pupils were keepers’ children. The seclusion resulted in tragedy for Keeper Hald when his wife suffered a serious illness and his infant daughter died from lack of timely medical attention.

Construction crews began building the Yachats-Florence segment of the Oregon Coast Highway in 1930, ending decades of isolation. When the lighthouse was electrified in 1934, there was no longer a need for a second assistant keeper, and the keeper’s dwelling was torn down. The last lighthouse keeper was Oswald Allik, who began working at Heceta Head in 1957. The light was automated on July 20, 1963, and Allik retired the same day.

As late as 1941, the Siuslaw National Forest asked for a transfer of the unused lighthouse property, but did not request the two acres that included the lighthouse itself and the oil houses. The transfer was accomplished by Executive Order in 1943, but the Forest Service and the Coast Guard, which had taken over the Lighthouse Service in 1939, lacked the funds for maintenance. The lighthouse and the remaining assistant keepers’ duplex dwelling (the head keeper’s dwelling had been torn down in 1940) began to deteriorate. Lane County Community College leased the keepers’ duplex from the Siuslaw National Forest for classrooms beginning in 1970 and agreed to hire a caretaker. Under caretakers Henry and Anne Tammen, who arrived in 1973, the situation began to improve. The keepers’ duplex was listed on the National Register for Historic Places in 1978, finally ending the slide into deterioration.

Samuel Boardman, superintendent of Oregon State Parks, had long been interested in the Heceta Head area. Between 1930 and 1987, the state purchased lands from private owners, as well as completing gifts and exchanges with federal agencies, to create Devil’s Elbow State Park. The initial park featured stunning views of the lighthouse and headland from below. The Coast Guard granted the State of Oregon a license to use Heceta Head lighthouse and surrounding areas in 1963. In 1994, the Oregon Parks and Recreation Department acquired the lighthouse tower and made it part of the enlarged and renamed Heceta Head Lighthouse State Scenic Viewpoint, which was deeded to OPRD in 1998 by its former owner, the Oregon Department of Transportation.

In 1999, the rusted supports under the Fresnel lens pedestal caused the lens apparatus to tilt, and the Coast Guard agreed to fund the repairs on condition that the lens be transferred to OPRD. The light is now operated as a private aid to navigation (PATON), under state management. The Coast Guard transferred all remaining property of the Heceta Head lighthouse area that it still owned to OPRD in 2001. Between 2011 and 2013, OPRD oversaw a meticulous restoration of the lighthouse building, replacing badly weathered materials with historically appropriate substitutes. The Forest Service decided in 1995 to lease the keepers’ duplex, which is now a private concession—the Heceta Head Lighthouse Bed and Breakfast. 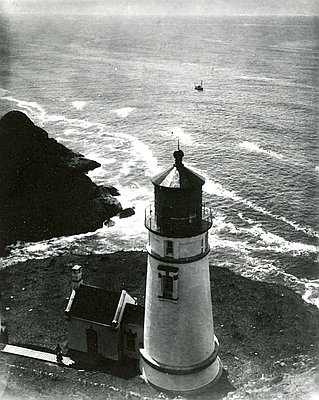 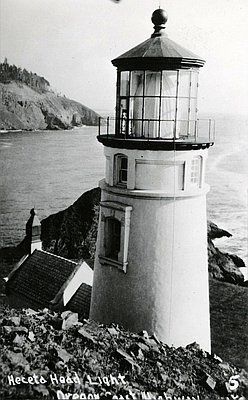 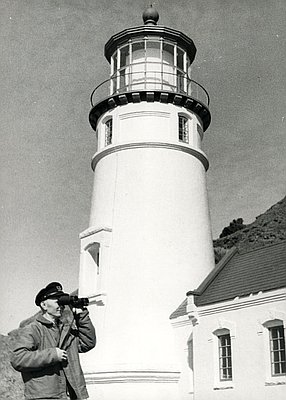 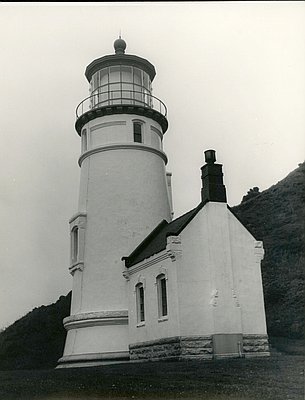 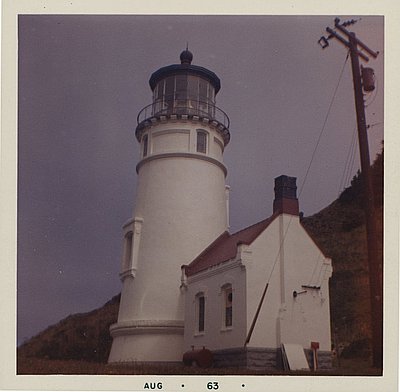 Bruno de Hezeta y Dudagoitia, a Spanish naval officer, commanded an expedition in March 1775 whose mission was to explore and extend Spanish hegemony to the Pacific Northwest.

On August 17, 1775, Hezeta became the first to map and record a written description of the entrance to the Columbia River …