Sitka spruce (Picea sitchensis) is also known as the coast or tidewater spruce. Its common name, Sitka, reflects the place of its Alaskan discovery; coast, its geographical distribution; and tidewater, its habitat.

Sitka sprucewas first collected by Archibald Menzies in 1791, but it was not given a scientific name. It was the first of six conifers described by Meriwether Lewis in 1806, but was still not named. The spruce finally got its scientific name in 1832 when the German botanist August Gustav Heinriche von Bongard published Pinus sitchensis based on specimens probably collected by Carl Mertens at Sitka, Alaska in 1827. In 1855, the French botanist Elie Carrière changed the tree's scientific classification from Pinus to Picea—the spruce genus—under which it is currently known.

Sitka spruce grows in the cool, moist maritime climate with abundant moisture of coastal areas—from Kodiak Island south through southeast Alaska, through British Columbia and the inside passage, to Puget Sound, the Olympic Peninsula, and coastal Washington, Oregon, and northern California, to a disjunct population in Mendocino County.

Sitka spruce requires year-round moisture, and the best growth occurs on deep, moist, well-drained soils. Its elevation limits are 3,000 feet in the north to 2,000 feet farther south. Trees blown to the ground in wind storms frequently act as "nurse logs," as they decay and provide a suitable substrate for germination and the growth of seedling conifers.

Sitka spruce assumes growth forms from low, twisted, gnarled headland scrub that is deformed by wind-blown sand and salt spray to trees of impressive size. A tree at Quinault Lake in Olympic National Park in Washington State is 191 feet tall. A tree in Clatsop County, Oregon, on county land, claimed to be the National Champion, is 206 feet tall. Both trees are nearly 18 feet in diameter.

Native Americans used Sitka spruce for many purposes, including medicines for aliments, food, and building materials. All parts were used, including buds, needles, pitch, bark, wood, and roots.

In modern times, the tree is harvested for its high quality wood and fiber. Sitka spruce wood is famous for its resonance and is often used as soundboards for guitars and other stringed instruments, including pianos. The wood's high weight-to-strength ratio made it useful for early aircraft frames and propellers during World War I and World War II, in boat construction (for masts), and ladders.

The U.S. Army's Spruce Railroad Division's duty was to get Sitka spruce to mills from the coasts of Washington and Oregon as quickly and efficiently as possible. Famous aircraft include Howard Hughes's Spruce Goose, on display at the Evergreen Aviation Museum in McMinnville, and Britain’s de Havilland Mosquito fighter-bomber. Sitka spruce is still the wood of choice for modern home-built aircraft. 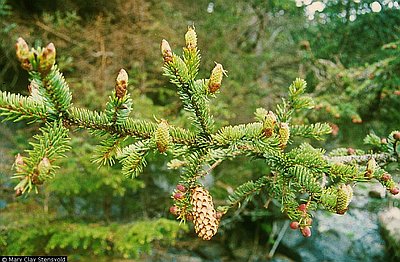 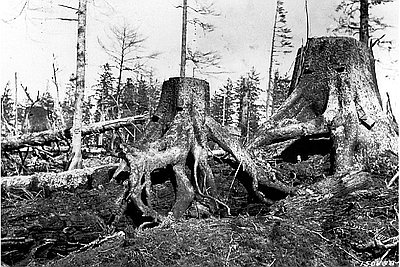 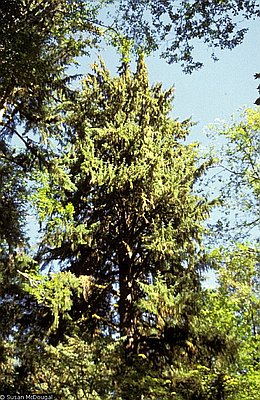 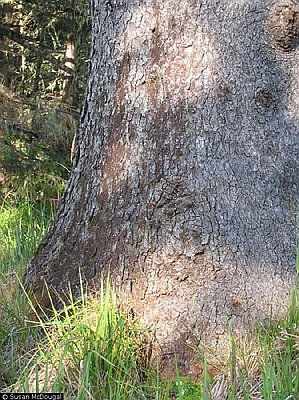