Tillamook, the county seat of Tillamook County and its largest city, is located near the southeast end of Tillamook Bay, seventy-three miles west of Portland. The growth of Tillamook illustrates the development of the northwest corner of the state as a dairyland region during the late nineteenth and early twentieth centuries. The city logo is the head of a cow and the words "The Dairylands." The high school mascot is the Cheesemakers. When Oregonians think of Tillamook, many find it difficult not to think about cheese.

The name Tillamook is derived from a tribe of Salish-speaking Indians who lived in villages south of Tillamook Head. For twelve thousand years or more, Tillamook people lived at the tidewaters of the Nehalem, Tillamook, Netarts, and Nestucca Bays and at the mouths of the present-day Miami, Kilchis, Wilson, Trask, Tillamook, Salmon, and Siletz Rivers, where they favored sites with good visibility, drainage, fresh water, and firewood. They lived in permanent cedar-plank lodges with “a gabled roof of overlapping planks,” as described by anthropologists William Seaburg and Jay Miller. “Extra light,” they continue, “was provided by torches or by burning fishheads or whale oil.” They depended on marine and freshwater resources in the foothills of the Coast Range, including salmon, mussels, lampreys, berries, wild mustard, camas, grouse, beaver, deer, and elk.

Meriwether Lewis and William Clark estimated in their journals in early 1806 that twenty-four hundred Tillamooks lived in several villages, referring to the people as Kilamox, Killamuck, Cal-a-mex, and Callemex. Seaburg and Miller report that “epidemics of malaria and other diseases” killed many Tillamook people during the 1830s, and some Tillamooks were removed to the Grand Ronde and Siletz Reservations in the 1850s. Reportedly, only twenty-two lived in Tillamook County by 1930.

Joseph Champion, the first white settler in the area in 1851, lived in a large hollow spruce that local people showed him. The resettlers who followed the next year brought their families and dairy cows, and they and other whites who came to the area received help from Indians who served as guides and ferrymen. The first person to record the name “Tillamook” was government surveyor A.N. Armstrong in 1857. A post office was established on March 12, 1866, and the town was incorporated in 1891.

In 1855, with no road or railroad from Portland and the Willamette Valley, Tillamook entrepreneurs launched the schooner Morning Star to transport cheese and other dairy products to Astoria and Portland. A stagecoach road across the Coast Range was completed in 1892, and the Pacific Railway & Navigation Company line reached Tillamook from Portland in 1911. Highway 6, begun in 1936 as a Works Progress Administration project, was finished in 1941.

Fishing and lumber were important industries, and by 1899 there were as many as three lumber mills in Tillamook. The soil and climate were suited for grazing almost year-round, yielding up to five cuttings of hay in the rich bottomlands. But it was dairying that became the region’s economic staple. Merriman Foland is credited with making the first commercial cheese in Tillamook, in 1889, and Thaddeus Townsend established the first cheese factory in 1894. Ten years later, his cheese won the first national prize at the St. Louis World’s Fair. The Tillamook County Creamery Association, formed in 1909, eventually included 27 companies and 110 farmer families, and in 2010 it received the World's Best Medium Cheddar Cheese prize in Madison, Wisconsin. By 2016, Tillamook was the second largest marketer of natural cheddar cheese in the nation, after Kraft.

Members of a Ku Klux Klan klavern organized in Tillamook in the early 1920s. For ten years, from 1922 to 1932, historian Eckard Toy wrote, “the majority of municipal, county, and state officials from Tillamook were Klansmen or former Klansmen.” Local organizations such as the Masonic Lodge, the Odd Fellows, the Royal Order of the Elks, and the American Legion were fertile ground for recruitment and infiltration. The editor of the Tillamook Headlight, an avowed Klansman, bragged in his newspaper that the town was homogenously white. On May 3, 1924, the Klan held a rally in Tillamook, attended by thousands of people who watched a parade ten blocks long. The parade ended with the burning of a large cross at the fairgrounds and initiation of new members.

Intolerance surfaced again in 1992 when an anti-Semitic slur was spray-painted on the high school incinerator. Teacher Julianne Johnson arranged to bring the Anne Frank Exhibit to Tillamook two years later, and the Board of Commissioners declared March 27–April 10, 1994, as Anne Frank Remembrance Weeks.

The population of Tillamook has held steady since 1960, at almost five thousand people, and the city serves a large rural area as the Gateway to the Oregon Coast. Anchor businesses have been the Tillamook Cheese Factory, the Blue Heron French Cheese Company, Rosenberg Builders Supply, the Farmers’ Co-op, Fred Meyer, Pelican Brewing Co., and the Tillamook Bay Community College. Attractions include kayaking, the Cape Meares Lighthouse, the Tillamook Forest Center, the Air Museum, and the Cheese Factory. The County Pioneer Museum, located in the restored 1905 county courthouse, houses Senator Mark O. Hatfield's collection of Lincoln memorabilia. Dean Runyon Associates reports that tourism brought in $72.3 million in 2016.

The Shakespeare Club, organized in 1904 and the oldest continuing social club in town, can take credit for starting the Tillamook Library in 1907. Prominent citizens include H. Clay Myers, Jr., an Oregon secretary of state and state treasurer; Robert Y. Thornton, a state attorney general and Oregon Court of Appeals judge; Lars Larson, a radio talk show host; and Lucia Wiley, a fresco artist and muralist. 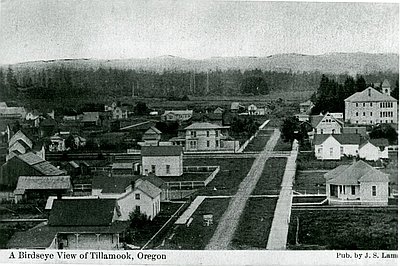 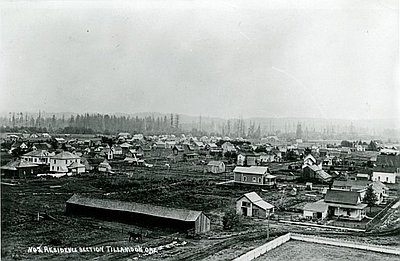 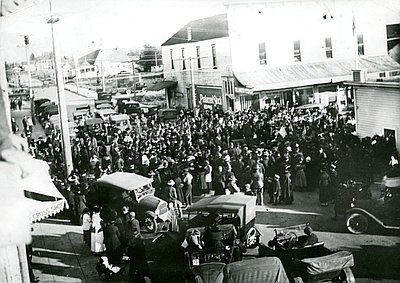 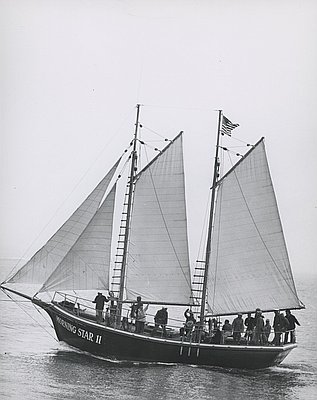 When commercial traders refused to stop in Tillamook in the mid-nineteenth century because of the difficult entrance to the bay, the white settlers of Tillamook County found themselves without access to the Portland and Astoria markets. Residents were required to find new means of importing goods and transporting their dairy …

Nehalem Bay State Park occupies almost 900 acres on a sand spit separating Nehalem Bay from the Pacific Ocean. Native Americans once occupied seasonal homes along the bay side of the spit. The area was surveyed for white settlement in the 1850s and platted for real estate development in 1908. …