For many Oregonians, “Tillamook” and “cheese” are inextricably linked. For more than a hundred years, generations of dairy farmers and cheesemakers have brought economic prosperity to Tillamook, and their collaboration through the County Creamery Association has built a nationally known brand of cheese and dairy products. Over a million people visit the Tillamook Cheese Factory each year.

The story of cheese in Tillamook, a small town near Tillamook Bay on the north Oregon Coast, began during the mid-nineteenth century, when thousands of EuroAmericans traveled to the Pacific Northwest over the Oregon Trail. Finding that most land in the Willamette Valley had already been homesteaded, some resettlers continued west over the Coast Range and settled near what is now Tillamook Bay. Though the remote, heavily forested area presented many challenges, the mild coastal climate was good for growing grass that could support dairy cattle. Some resettlers used the milk to make butter, which they hoped to sell in more populated areas such as Portland.

There were few passable roads over the mountains, and reaching Portland markets proved difficult. After several failed attempts at hiring reliable ocean transport, residents scraped together enough timber and hardware from local shipwrecks to build a small schooner in 1855, which they christened Morning Star. For several years, they used the ship to carry butter to markets in Astoria and Portland. The Morning Star is memorialized today as part of the Tillamook Cheese logo, and a replica is on view at the Tillamook factory.

Cheese was easier to transport and less perishable than butter, and a few Tillamook-area dairy farmers, including Merriman Foland and Jasper Smith, began making it. Over time, Tillamook acquired a reputation for its dairy products, drawing the attention of Portland entrepreneurs Thaddeus “T.S.” Townsend and Harry Ogden, who started a cheese factory in Tillamook in 1893. Townsend herded several dozen cattle from Portland over the Coast Range to Tillamook so he would have enough cows to supply the milk needed for his factory.

Townsend hired Peter Duncan McIntosh, head cheesemaker at a plant in Woodland, Washington, to lead the new factory. McIntosh is credited with providing Tillamook dairy farmers with a foolproof recipe for cheddar cheese. He eventually owned several cheese factories in the Tillamook area, until an economic downturn forced him out of business. McIntosh became a dairy inspector in Portland before relocating to Gaston, where he operated a cheese factory until his death in 1940.

In 1909, several of the region’s cheesemakers formed the Tillamook County Creamery Association, a marketing organization that operates on behalf of its independent member-producers. Under the supervision of Carl Haberlach on the sales side and Fred Christensen on the technical side, the TCCA developed a collective standard of quality and consistency. With the completion of a railroad connection to Tillamook in 1911, Tillamook cheese was soon available in cities on the West Coast.

The production and sales of Tillamook Cheese grew rapidly during the early decades of the twentieth century, aided in large part by contracts with the federal government, which sent millions of pounds of cheese overseas during both world wars. By 1940, over a dozen independent cheese factories were operating in the Tillamook region, all producing cheese for the TCCA’s Tillamook brand.

After World War II, the four largest independent cheese plants in the Tillamook area—Holstein, Tillamook, Mapleleaf, and Cloverleaf—merged to form the Tillamook Cheese and Dairy Association. The TCDA built a large state-of-the-art cheesemaking plant, which opened in 1949 and quickly became a stopover for travelers driving on Highway 101. The Tillamook Cheese factory is a popular tourist destination, with more than a million visitors each year.

The 1960s were a difficult period for the cheesemaking industry in Tillamook. Conflict erupted when the TCDA separated from the TCCA in a bitter dispute over the marketing of Grade A milk. The break between the two associations effectively separated the region’s dairy farmers and cheesemakers into competing camps, dividing families and the community. Tensions occasionally erupted into violence; at one point, TCCA head Beale Dixon’s home and car were damaged by a small homemade bomb. The so-called Tillamook Split dragged on for most of the decade, even as both the TCDA and the TCCA continued to sell products labeled as Tillamook Cheese. On January 1, 1969, after years of litigation, the company reorganized as a single corporation, the Tillamook County Creamery Association.

In 2000, the Tillamook County Creamery Association purchased the financially struggling Bandon Cheese Factory on the southern Oregon coast. Cheese production continued there until the factory was closed in 2002. The original factory building was demolished in 2005. Tillamook continues to produce and market cheese under the Bandon Cheese brand. In a major expansion effort, the TCCA opened a satellite cheese factory in Boardman in 2001. The plant, Columbia River Processing, produces the majority of the company’s cheeses today. In 2005, consumers objected to the use of Bovine Growth Hormone injected into cattle and asked TCCA to ban its use. In response, TCCA phased out the use of rBGH on its dairy farms.

The company is the recipient of over 750 awards since 1904, including the World's Best Medium Cheddar in the 2010 World Cheese Championship Cheese Contest. Tillamook Cheese employs more than eight hundred workers and is in partnership with over ninety farms, mostly in Tillamook County. The company listed $654 million dollars in sales in 2015. In 2018, TCCA will open a visitor center with a cafe, restaurant, and store, along with a viewing room of the cheesemaking process. 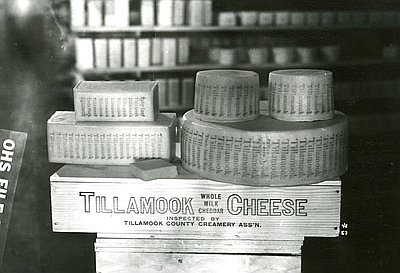 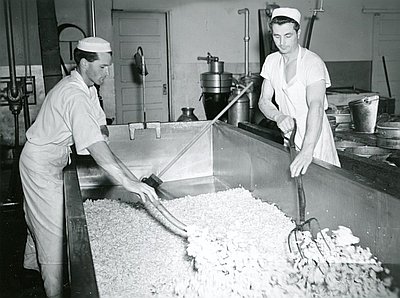 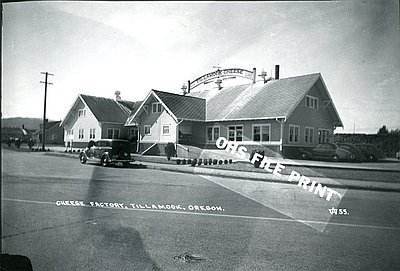 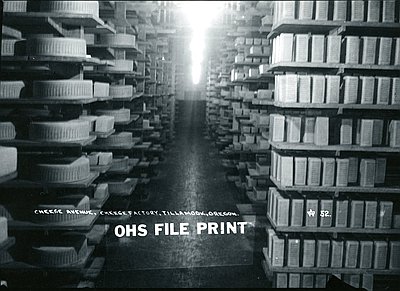 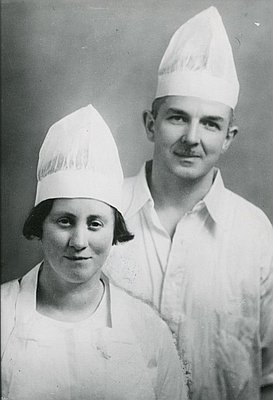 When commercial traders refused to stop in Tillamook in the mid-nineteenth century because of the difficult entrance to the bay, the white settlers of Tillamook County found themselves without access to the Portland and Astoria markets. Residents were required to find new means of importing goods and transporting their dairy …