Located at the mouth of the Coquille River in Coos County, Oregon, Bandon is on the south side of the harbor and on headlands above sandy beaches studded with sea stacks, including the iconic Face Rock. Incorporated in 1891, Bandon is a historically important shipping port and recreational area on the Oregon Coast.

Archeological evidence has provided several thousand years of continuous habitation along the estuary of the Coquille River, where people raised families, forged traditions, and engaged in wide-ranging commerce. Oral histories recall, and historical records from Japan confirm, a major earthquake and tsunami in 1700. In 1826, the Na-So-Mah people at the mouth of the river traded furs with trappers led by Alexander McLeod of the Hudson’s Bay Company, and two years later they had an encounter with a party of Americans led by Jedediah Smith.

The California gold rush during the 1850s sparked conflict and change in the region, and American soldiers from Fort Orford fired cannon at the plankhouses of the Na-So-Mah village in 1851. When gold was discovered in the black sands of the beach, hundreds of miners congregated at Whiskey Run Creek north of present-day Bandon. A volunteer militia, formed in the mining camps, attacked Coquille villages on January 28, 1854. Headmen of Coquille villages signed treaties with the U.S. government in 1851 and 1855, ceding their land in exchange for promises of protection and benefits, but Congress never ratified the treaties. The government removed the Coquilles, along with other coastal Natives, from their homelands in 1856 and relocated them to the Coast Reservation at Siletz. The U.S. government restored the Coquille Tribe in 1989, and it has since grown in cultural and economic influence. A small park in Bandon memorializes the Na-So-Mah village.

John Hamblock, Adam Pershbaker, Thompson Lowe, and Judah Parker were among those who filed Donation Land Claims along the lower Coquille River in the late 1850s and 1860s. A year after George Bennett arrived from Bandon, Ireland, in 1873, he petitioned the county court to form a new election precinct south of the Coquille River and convinced his neighbors to adopt the name Bandon. Twelve people voted in the 1874 election, and the post office was established in 1877. Bennett also introduced gorse to the area—a thorny, highly flammable plant similar to Scotch broom—that now infests thousands of acres of land in southwest Oregon.

The Coquille River Lighthouse, built to illuminate the treacherous rocks and sandbars at the mouth of the river, was lit in 1896. Between 1900 and 1910, the population of Bandon grew from 645 to 1,803. Riverboats transported lumber, produce, cheese, and coal to Bandon from Myrtle Point, Coquille, and Riverton to be shipped to California by coastal schooners.

During the 1920s, hotels, a saltwater natatorium, theaters, dance halls, and a nod-and-a-wink attitude toward Prohibition made Bandon a popular destination for conventions and excursions. The Roosevelt Highway, later named Highway 101, reached Bandon in the late 1920s, bringing the riverboat era to an end.

On the night of September 26, 1936, a forest fire swept through the area, killing eleven people. Gorse accelerated the wildfire when it reached the town, and 80 percent of the buildings were destroyed. The potential to rebuild Bandon as a model city caught the attention of city planners, and A Plan for a New Bandon was developed under the leadership of the State Planning Board. A variety of financial, practical, and human factors, however, kept it from being implemented, and Bandon was rebuilt with no plan in place.

Trees, cheese, and cranberries have been the foundation of Bandon’s economy, with beach tourism as an economic constant. Moore Mill and Lumber Company, the community’s largest employer for several decades, closed its mill in 1984, but forest management and timber harvest operations have continued in the area. The temperate climate and sandy soil provide the growing conditions that make Bandon the Cranberry Capital of Oregon, accounting for 95 percent of the state's cranberry production. Cranberry bogs dot the landscape, and an annual Cranberry Festival has been held since 1947. The community’s signature business since the 1930s was the Coquille Valley Dairy Co-op, known as the Bandon Cheese Factory. It closed in 2005, and an artisanal cheese operation opened on the factory site in 2015.

Bandon Dunes Golf Resort opened in 1999, and by 2019 it had five eighteen-hole courses, one of them on the site of the Whiskey Run gold strike. The resort provides employment for over eight hundred people at peak season and is Bandon’s largest employer.

Even as the lumber, fishing, and dairy industries contracted, Bandon’s population grew with an influx of retirees and people whose jobs allowed them to work from home. The population exceeded the 1910 number for the first time in 1970 and has grown at a modest but steady rate since. In 2010, more than three thousand people lived in Bandon. 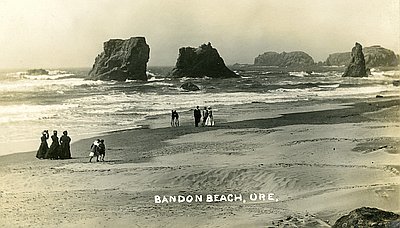 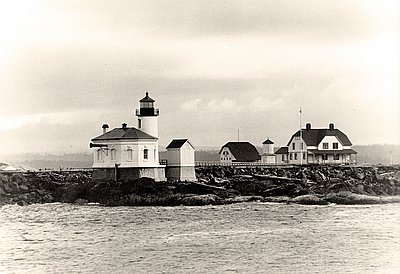 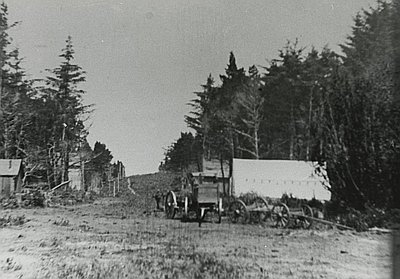 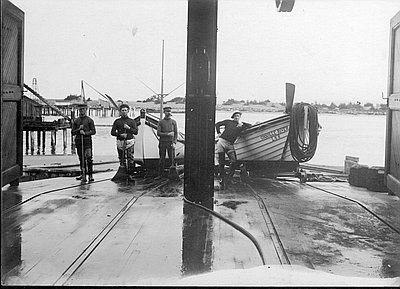 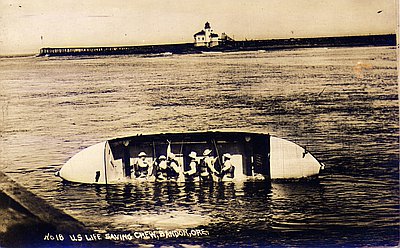 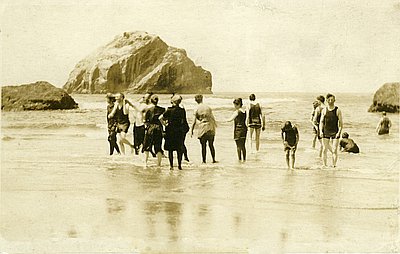 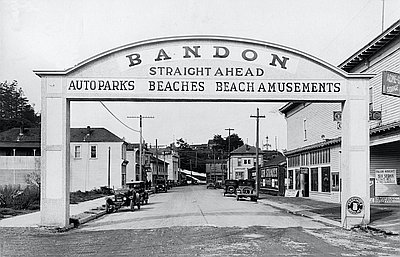 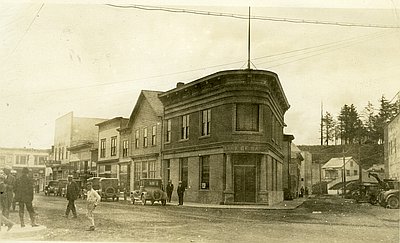 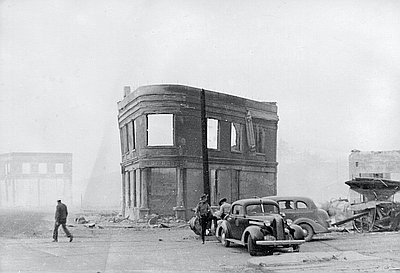 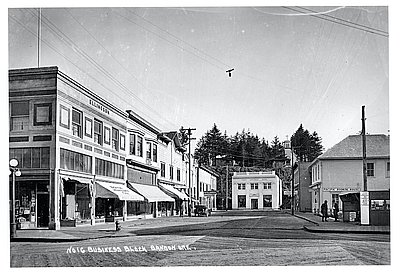 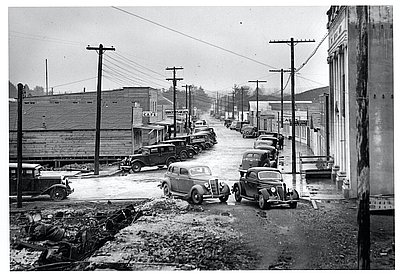 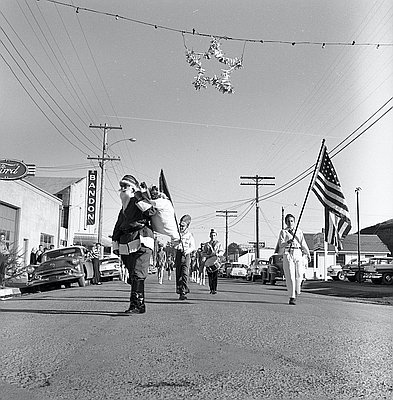 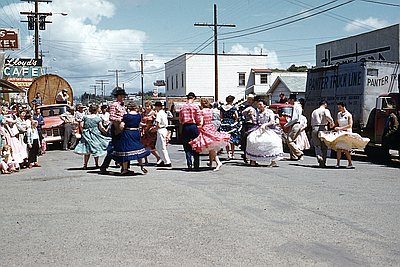 The Oregon cranberry is prized for its deep red color, which growers say puts the red in the juice. Historically, native cranberries grew in the northwestern region of the state, harvested by Indigenous people who shared the fruit with explorers. White settlers later harvested wild cranberries because they were a …

Dan Deuel was the founder of Free Flight, an all-volunteer bird and marine wildlife rehabilitation program in Bandon, Oregon, that is responsible for saving hundreds of birds and coastal mammals on the south coast since 1976. Known as the “birdman of Bandon,” Deuel was admired for his courage and his …

Earthquakes and Tsunamis in the Cascadia Subduction Zone

Sometime in the future, the Pacific Northwest, including Oregon, Washington, Vancouver Island, and northern California, will experience a devastating earthquake as large as magnitude 9—the same magnitude as an earthquake in coastal northeast Japan in 2011 in which nearly 16,000 people were killed. The earthquake will rupture the plate boundary …

Jedediah Strong Smith was one of the first and, arguably, the most important of the American trappers and explorers who penetrated the interior Oregon Country in the 1820s. Prior to his arrival in 1826, almost no American trappers had scoured Oregon, and none produced maps to rival the significance of …