In 1932, the Central Point city council agreed to give a group of entrepreneurs a plot of land near the Southern Pacific Railroad tracks in order to entice them to invest in the local economy. Rogue River Cheese and Produce Company opened at the site the next year. The factory struggled from the outset, however, as the proprietors had difficulty obtaining enough milk to operate.

In 1935, Gaetano “Tom” Vella and Celso Viviani, co-owners of the Sonoma Valley Cheese Company in Sonoma, California, purchased the struggling factory and renamed it the Sonoma Valley Cheese Factory–Central Point Plant. As was typical of cheese factories during this period, much of the factory’s output of cheddar cheese was produced under contract with National Dairy (now Kraft Foods) and other national cheese companies and was sent overseas as part of the war effort. When Vella and Viviani dissolved their partnership after the war ended, Tom Vella retained ownership of the Central Point factory and renamed it the Rogue River Valley Creamery. Vella continued to operate the Vella Cheese Factory in Sonoma, which had opened in 1931.

Because of shortages of imported cheeses from Europe during the 1940s and 1950s, more cheese companies in the United States began to produce blue cheese. Sensing an opportunity, Tom Vella considered making blue cheese in his factory in southern Oregon. He and his wife traveled to Europe, where they toured the cheese caves in Roquefort, France, and learned the craft from experts. Rogue River Valley Creamery began producing Oregon Blue, its first blue cheese, in 1957.

Over the ensuing decades, Rogue Creamery continued to produce Oregon Blue as well as cheddar and cottage cheese, much of it under contract for the Borden Company. In 1958, Tom Vella purchased a cheese factory in Grants Pass from the local dairy cooperative, which he named Rogue Gold Creamery.

Vella died in 1998, and his son Ignacio “Ig” Vella took over operations. But sales slowed, and in 2002 entrepreneurs David Gremmels and Cary Bryant approached Vella about purchasing cheese for a wine bar they hoped to start in Ashland. Vella told the two men that the creamery was on the verge of closing, and Gremmels and Bryant purchased and revitalized Rogue Creamery later that same year, turning it into one of the premiere cheesemakers in Oregon. The Central Point factory now produces thirty varieties of cheese, including Oregon Blue and Rogue River Blue, a blue cheese wrapped in grape leaves soaked in Clear Creek Pear Brandy. Rogue River Blue, which is distributed in the United States and Europe, won Best in Show honors at the annual American Cheese Society competition in 2009 and 2011. Cary Bryant left the company in 2015.

Rogue Creamery purchased a dairy farm in Grants Pass in 2012, giving the factory its own milk production facility for the first time. The dairy, which has been certified organic, provides the milk for the majority of the company’s cheeses and ice cream. In 2018, Rogue Creamery was purchased by French cheese company Savencia SA, and now operates as a subsidiary of Savencia, based in Paris. David Gremmels remains as president of the company. 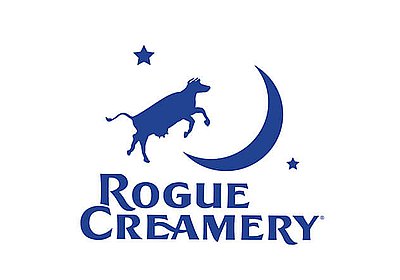 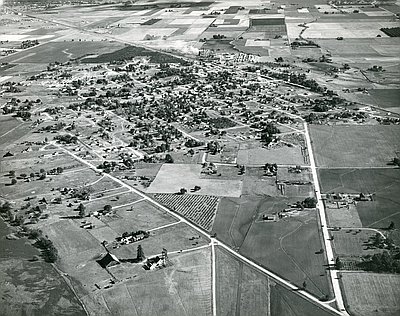 For over a hundred years, Alpenrose Dairy in Portland has produced and distributed dairy products in the greater Portland area. The company has also provided a venue for sporting events and other entertainments for the public, including Easter egg hunts and Christmas in Dairyville.

During the late nineteenth century, political …

Long before the natural foods movement went mainstream, Springfield Creamery found its niche there, with its signature brand, Nancy’s Yogurt, made with milk from local dairies, fruit from nearby farms, and natural sweeteners. The family-run company, with roots deep in 1960s counterculture, sells nationwide today. Annual sales exceeded $20 million …