Central Point is located about thirteen miles south of Table Rocks in the Rogue River/Bear Creek Valley. The town was named in 1852 by Isaac Constant, who resettled land at a “central point” where two major roads converged—one headed west to Jacksonville and Butte Creek and the other running north and south to connect to the Oregon-California Trail. The orchard and timber industries supported the town in the early to mid-twentieth century. The town’s population in 2018 was 17,895, and it is now part of the Medford metropolitan area.

For centuries, the Takelma made use of the resources of the Rogue Valley, camping seasonally along streams to harvest salmon and acorns. That way of life began to change when gold was discovered in Jacksonville in 1851, attracting miners and farmers to the valley and leading to conflicts with local residents. U.S. Indian Agent Alonzo Skinner was sent to the region to keep peace between the Takelma and the packers who transported supplies from the Willamette Valley to the California gold fields. He made the first recorded Donation Land Claim in the Rogue Valley in 1851, one of the many claims that would become Central Point. In 1856, the U.S. Army removed virtually all Takelma to reservations on the north coast of Oregon.

Several farmers settled near Skinner’s claim, including Isaac Constant who arrived in 1852. He found that the land was fertile once it was cleared of manzanita brush. A road was built across Constant’s land, tying Central Point to farming settlements in north Jackson County. By the 1870s, Constantine and Theopholas Magruder were operating a store at the crossroads, and a hotel, livery stable, blacksmith shop, and saloon were built nearby. A half-dozen families lived in the hamlet, and a school was built where Central Point Elementary School is today. Magruder’s store housed the post office, established in 1872 and called Central Point.

In 1883, the Oregon and California Railroad bought a right-of-way from Haskel Amy a half-mile west of the Central Point crossroads; but when Amy reportedly did not provide land for a depot, the railroad built a depot four miles to the south on land platted for the town of Medford. Central Point citizens, determined to take advantage of the railroad, relocated their village a half-mile west on land the Magruders, Amy, and T.H. Beall “pooled and consolidated.” The new Central Point was bounded by Fourth and Front Streets and Laurel and Alder Streets. The town built its own railroad depot in 1888 in the middle of present-day Pine Street. The original town center, near today's Interstate 5 interchange and Freeman Road, became known as Manzanita or Old Central Point.

Central Point was incorporated in 1889. A year later, the town had 534 residents and had built a city hall on Pine and Third Streets. Matthias Welch built a flour mill on Front Street in 1892, which saved local farmers a trip to Medford. By 1910, the 761 people who lived in Central Point had electricity, paved streets and sidewalks, city water and sewers, a YMCA, a city hall, a fire station, a library, and a brick schoolhouse.

An increase in the number of orchards in the Rogue Valley in the early 1900s brought eastern money to the area. Missourian Phillip Olwell bought Snowy Butte Orchard near Central Point, which held the record for the highest price paid for apples in the world. Carloads of apples and pears were loaded at the Central Point Depot and shipped as far away as England. Chicago-born orchardist Conro Fierro bought the Woodlawn Orchard east of Central Point.

Central Point stagnated when the fruit industry declined after 1912 because of drought, insects, and the loss of European markets during World War I. The town saw some growth in the 1920s when U.S. Highway 99 was built through town, bringing travelers to the area. In the 1930s, two enduring companies set up business in Central Point—the Rogue Creamery, which developed into an artisan cheese factory, and the Grange Co-op, a farm supply store whose Central Point grain elevator is a landmark. The Crater Rock Museum opened in 1952; Erickson Aviation was founded in 1971; and the oldest hearing dog training center in the U.S., Dogs for Better Lives (1977), relocated to Central Point in 1989.

Early in World War II, the U.S. Army built a large training camp, Camp White, a few miles to the east of Central Point, and the need for lumber for buildings and barracks brought lumber mills to town. After the war, the mills continued to operate at full capacity to supply lumber for new housing. They closed forty years later when the timber harvest declined. With its public schools and inexpensive housing in the form of surplus Camp White buildings, many logging and mill workers found Central Point a good place to live. Between 1940 and 1980, the population mushroomed from 900 to 6,300 people.

A brick schoolhouse (1908), a store, and eight private residences are on the National Register of Historic Places. Notable Central Point residents include artist Eugene Bennett, comic book artist Basil Wolverton, and Dennis Richardson, a member of the Oregon House of Representatives (2003-2015) and Oregon Secretary of State (2017-2019). 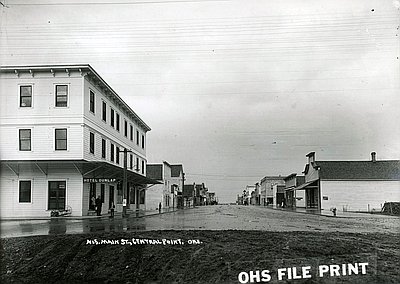 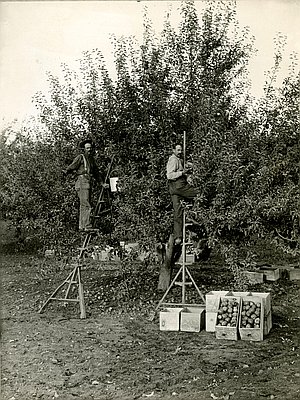 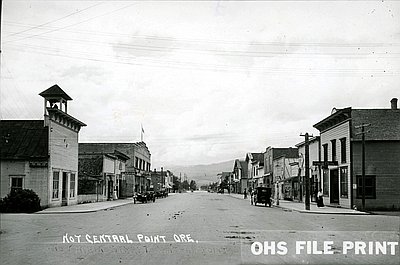 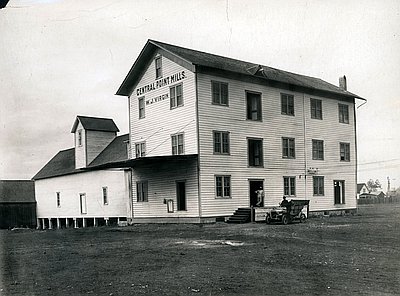 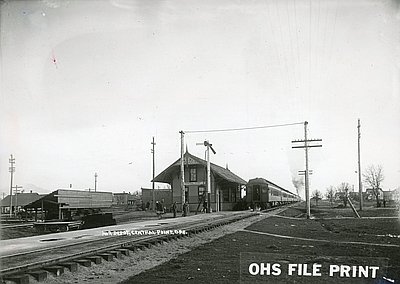 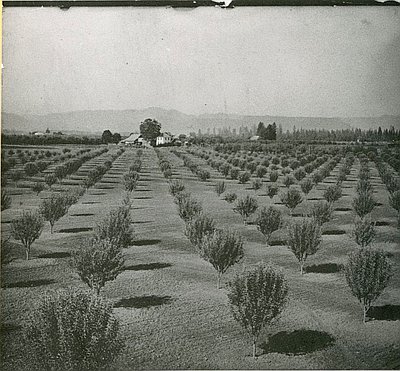 Alonzo A. Skinner was the first judge in the Pacific Northwest, although he had no courtroom and no courthouse and the laws he enforced were adopted by a legislature that had no foundation in law.

Skinner was born in Portage County, Ohio, in 1814. He read law there, was admitted to …

In the early 1970s, logger Jack Erickson was pioneering a new way to transport logs out of forests—carrying them out by helicopter. Using a leased Sikorsky S-64E Skycrane, the civilian version of the Sikorsky Tarhe helicopter, he reinvented the Erickson Lumber Company as Erickson Air-Crane. Today, that company is the …

Harry & David, the marketing brand for Medford's Bear Creek Corporation and its many enterprises, is perhaps the most widely known commercial name associated with Medford and the Rogue River Valley. Building on the tradition of giving gift boxes of fruit on Christmas and other holidays, Harry & David's "Fruit …

Spencer S. Bullis organized the Southern Oregon Traction Company (SOTC) on July 15, 1913, to operate streetcars in the city of Medford. Three years later, the SOTC incorporated the Rogue River Valley Railway's (RRVR) line (founded in 1891) between Medford and Jacksonville. Though even the expanded SOTC did not achieve …