Earl Snell was a Republican governor of Oregon who served during World War II and into the early postwar years. During his tenure, the state faced socio-economic change on the home front and began its adjustment to what became a booming economy based on agriculture and timber. Snell’s death in an airplane crash near Lakeview—which also killed Secretary of State Robert Farrell Jr. and President of the Senate Marshall Cornett—created a leadership vacuum in the Oregon GOP, one that contributed in some measure to changes already underway in the state’s Republican and Democratic parties.

Earl Wilcox Snell, who was born in 1895 in the northeastern Oregon farming hamlet of Olex, grew up in Arlington on the Columbia River. He attended the Oregon Institute of Technology in Portland (a private institution with no connection to the Oregon Institute of Technology in Klamath Falls) before returning to Arlington to run the local newspaper and become a partner in the town’s automobile dealership. After serving stateside in the U.S. Army during World War I, Snell gained full ownership of the dealership. The business remained a major source of income for Snell for the rest of his life. He married Edith Weshons in Condon; they had one son.

Snell began his political career as a city councilman. He won election to Oregon’s House of Representatives in 1926 and served four consecutive terms. While in the House, the outgoing, friendly Snell made alliances with and steadily won the backing of other Republican politicians. In 1932, he won election as secretary of state. According to historian Tom Marsh, Snell accumulated loyal supporters throughout the state and reportedly kept a card file on prominent and influential residents in rural Oregon, complete with names of spouses, children, and even the family dogs.

Limited to two terms as secretary of state, Snell challenged sitting governor Charles Sprague, a progressive Republican, in the 1942 primary. He won handily with the support of what some have called the “Snell machine.” A small-town, Main Street Republican who was strongly backed by Portland’s business elite, Snell supported the dismantlement of the New Deal after World War II, including the shrinking of the federal government and the replacement of President Franklin Roosevelt’s pro-labor policies with a business-friendly agenda.

Snell, an avid supporter of the imprisonment of Japanese Americans during World War II, sponsored a 1944 law aimed at Issei and Nisei returnees—a law that the Oregon legislature easily passed and that the Supreme Court later found unconstitutional. The harsh measure would have denied Japanese-born noncitizens the right to own or lease land and would have prosecuted landowning Japanese American citizens for allowing others of Japanese descent, including their parents, from occupying or working the land.

Facing peacetime uncertainty and its challenges to prosperity, Governor Snell supported the nation’s GI Bill and increased spending for higher education and forestry measures, especially restoration of the Tillamook Burns. He urged modest raises in taxes to pay for those investments. Snell tailored his policies, including increased logging on federal forests, to support Oregon farmers and lumber producers. He also promoted tourism. In 1947, journalist John Gunther, in Inside U.S.A., dismissed the moderate Snell as “genial, mediocre, and perpetually on the fence.”

Snell easily won re-election in 1946, and Oregon set out on a path to peacetime recovery, a recovery that, with the wood-products industry’s dependence on the housing market, would be vulnerable to downturns during the postwar era. Less than a year into his second term, Snell’s sudden death in an airplane crash, on October 28, 1947, shocked Oregonians and became a national news story. The governor, Secretary of State Farrell, and Senate President Cornett were flying in a new Beechcraft Bonanza for a one-day goose-hunting trip at the Warner Valley ranch of Snell’s friend Oscar Kittredge. Bad weather and a low cloud ceiling apparently caused Cliff Hogue, an experienced pilot, to misjudge safe altitude, and the plane smashed into a remote mountain on the Fremont National Forest. Everyone on board died.

Soon after the state funeral for Farrell, Cornett, and Snell—held in the State Capitol on November 3—the legislature enacted a law prohibiting the state’s top executives from traveling on the same plane together. Three days after the crash, the opinion page of the Portland Oregonian (Oct. 31, 1947), in a column titled “Politics Remade Over Night,” pointed out that none of the three men “was near retirement age, and each had strong voters support,” and that “their loss means the way will be opened for new candidates.” It was believed that Snell was readying himself to run in the 1950 GOP primary for U.S. senator against sitting senator Wayne Morse, and both Farrell and Cornett were considered likely candidates for governor.

Speaker of the House John Hall—not a member of the Snell organization—succeeded to the governorship. In the Republican gubernatorial primary for 1948’s special election to fill out Snell’s term, Hall lost to longtime Snell ally Douglas McKay, who became Dwight Eisenhower’s Secretary of the Interior in 1953. President of the Senate Paul L. Patterson, another Republican member of the "Snell Machine," then assumed the governorship. 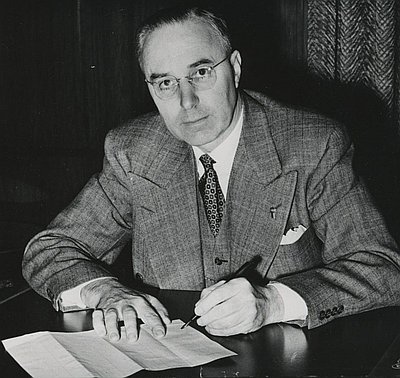 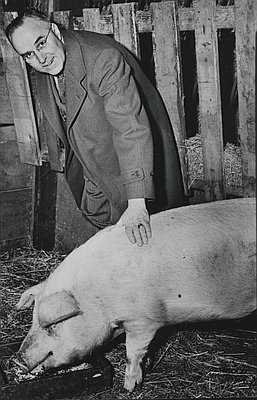 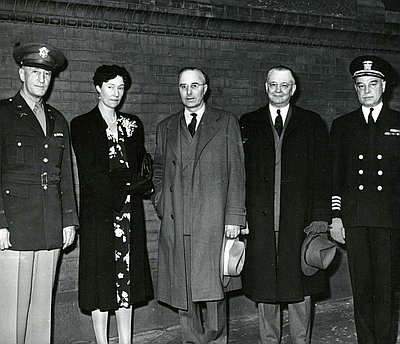 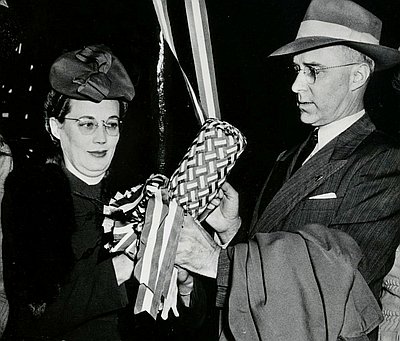 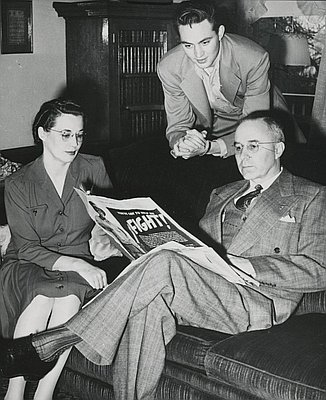 Marsh, Tom. To The Promised Land: A History of Government and Politics in Oregon. Corvallis, Oregon:  Oregon State University Press, 2012.

Governor Paul Linton Patterson began his career in state politics in the Oregon State Senate, where he served for six years, the last year as Senate president. When Governor Douglas McKay resigned to become Secretary of the Interior under President Dwight Eisenhower in 1952, Patterson was named governor, an office …

In 1918, during World War I, almost thirty thousand U.S. soldiers were assigned to the Spruce Production Division (SPD) as part of the federal Loyal Legion of Loggers and Lumbermen (4L), a government-created union of loggers and sawmill owners formed to counteract widespread labor strikes by workers in the industry. …

The Tillamook Burn was a catastrophic series of large forest fires in the northern Oregon Coast Range mountains 50 miles west of Portland. It began in 1933 and struck at six-year intervals through 1951, burning a combined total of 355,000 acres (554 square miles). For a generation of Oregonians whose lives were touched …