Located in Oregon’s High Desert, Burns is the county seat of Harney County, the largest county (in physical size) in Oregon. The town is thirty miles north of the Malheur Wildlife Refuge and Malheur Lake in the Harney Basin, near Steens Mountain and the Steens Mountain Wilderness area, and had a population of 2,800 as of 2016. With its proximity to areas of significant natural beauty, Burns is a launching point for outdoor recreational pursuits such as bird watching, hiking, hunting, fishing, and camping.

The area around Burns is the traditional homeland of the Wadatika Band of the Northern Paiute, who lived off game and plants harvested at such places as Malheur Lake. In 1872, President Ulysses S. Grant signed an executive order establishing the 1.8-million-acre Malheur Indian Reservation for “all the roving and straggling bands in eastern and southeastern Oregon.” Mounting pressure from white resettlers, however, prompted the federal government to redraw the reservation boundaries, opening the north shores of Malheur Lake to resettlement and allowing resettlers to graze cattle on reservation land. The Paiutes abandoned the reservation during the Bannock War of 1878 and took shelter on Steens Mountain. After the war ended, the reservation was closed and many captive Paiutes were relocated to the Yakama and Warm Springs Reservations. Some Paiutes reconvened on reservation allotments near Burns in 1897.

White resettlement in the Harney Basin increased as EuroAmericans found that the grass-filled countryside was well suited to grazing cattle. The tiny town of Egan sprang up in 1882, where George McGowan opened a general merchandise store, while a rival merchant, P.F. Stenger, opened a store two miles away at present-day Burns. McGowan and Stenger determined that the location of Stenger’s store was best suited for their mutual efforts, so they joined forces and Egan became a ghost town. McGowan called the new town Burns in celebration of Scottish poet Robert Burns.

Burns grew quickly as resettlers moved into the Harney Basin during the 1880s. A post office was established in 1883, and the Harney Valley Items began publishing in 1885, followed two years later by the Eastern Oregon Herald. By 1888, Burns had a blacksmith shop, a livery barn, a harness and saddle store, a drug store, a hardware store, a saloon, a jewelry store, and a sawmill, in addition to McGowan's hardware store and Stenger's general store. By 1890, the census recorded 264 people living in Burns. Many of the stone structures built during the first decades of the town still stand, including the Brown Building (1896) and the Odd Fellows (1909) and Masonic (1910) Halls.

The Oregon legislature split Harney County from Grant County in 1889. Burns lobbied hard against the town of Harney to become the county seat, and won the honor by a small majority in a county election. Burns organized its city government in 1891 and elected Captain Harrison Kelley as mayor.

Burns saw a steady increase in population throughout the 1890s, nearly doubling to 547 residents in the 1900 census. By 1902, five hotels operated in the town, along with three churches, five saloons, a public school, and a business college. The Ladies Afternoon Club formed the genesis of the Burns library in 1903 (now the Harney County Library system).

Timber harvesting began in earnest near Burns in the 1920s, when the Hines Lumber Company acquired timber rights from the U.S. Forest Service to log in the Blue Mountains. The company paid for the construction of a railroad that linked Burns with Seneca, fifty miles north of Burns, where the company focused its timber efforts. The Hines Company, which constructed the company town of Hines near Burns, operated the town’s mill until 1968. The population of Burns increased at a slow but steady pace from 1890 until 1980, when it peaked at 3,579 people in 1980.

The U.S. government officially recognized the Burns Paiute Tribe in 1972. The Burns Paiute Reservation was established on 770 acres north of Burns, and the tribe owns nearly 14,000 acres in reservation and trust land throughout Harney County. The tribe opened the Old Camp Casino near Burns in 1998. The casino was closed in 2012 because of safety concerns regarding the building’s structure, and the tribe plans to eventually replace it with a new building.

Burns received international attention in January and February 2016 when the Citizens of Constitutional Freedom, an armed private militia led by activist Ammon Bundy, occupied the Malheur Wildlife Refuge for forty-one days. Local residents nearly unanimously agreed that they wanted the militants to leave the Refuge, although many expressed sympathy with the complaints against the federal government made by the group. The Burns Paiute Tribe called on the protestors to leave, stating that their presence had displaced federal authorities charged with protecting traditional religious and archaeological sites.

Tourism, ranching, sheep raising, and timber drive the local economy. Each April, the town hosts the John Scharff Migratory Bird Festival and Art Show, when birders witness the migration of birds through the Malheur Wildlife Refuge. The Country Music Jamboree, hosted by the High Desert Fiddlers, is held each June, and the Harney County Fair and Rodeo is in September. The Burns Times-Herald is now the only newspaper in town. It is owned by five staff members who purchased the paper in 2006, the first staff buyout of a newspaper in Oregon.

The Harney County Historical Museum and the Harney County Library maintain a substantial western history and oral history collection related to the resettlement of Harney County. Several buildings in or near Burns are on the National Register of Historic Places, including the Allison Ranger Station, the Double-O Ranch, the Pete French Round Barn, the P Ranch, and the Sod House Ranch.

An Illustrated History of Baker, Grant, Malheur and Harney Counties, with a Brief Outline of the Early History of the State of Oregon. Chicago (?): Western Historical Publishing Company, 1902. 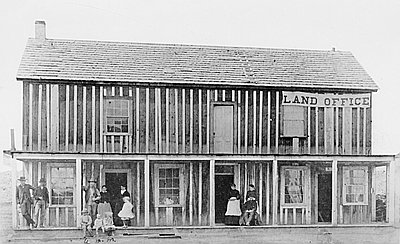 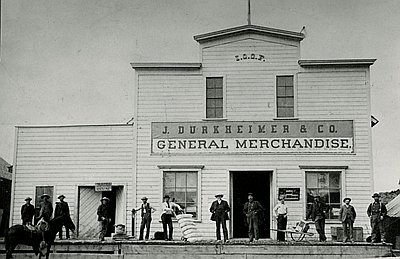 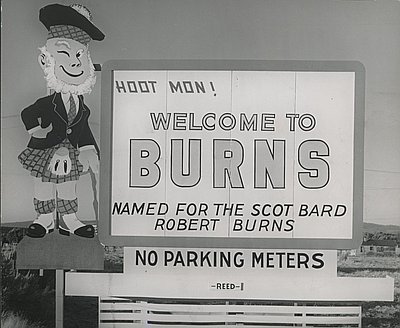 Claire Isabel McGill Luce was an accomplished businesswoman and philanthropist from Harney County who embodied the adventurous spirit of the West and spent her life traveling the world. Best known as the wife of Time Magazine publisher Henry Luce III (son of Time Inc. founder Henry Luce, Jr.), she worked …

The first “fair” in Harney County was a media event. On July 4, 1888, a local newspaper announced, “As no fair is held in this valley for the public exhibition of the growth and excellence of its productions, the Herald proposes to open a column to all producers, farmers, and …

In the mid-1920s, large sawmill owners in the United States found a new source of timber in Oregon’s Malheur National Forest. With an estimated 800 million board feet of timber, it was the largest stand of ponderosa pine in the Northwest. The U.S. Department of Agriculture advertised the Malheur timber …