Peter (or Pete) French was a stockman of near-legendary status who ran great herds of cattle and horses in southeastern Oregon at the end of the nineteenth century. He is known for building the Pete French Round Barn near New Princeton, southeast of Burns, and is the namesake (along with Hugh Glenn) of the Frenchglen Hotel in the small town of the same name.

French was born John William French in Callaway County, Missouri, on April 30, 1849, the son of Marian B. and Mary French. While he was still an infant, the family relocated briefly to Colusa County, California, and then to the Sacramento area, where Marian French started a sheep farm. Seeking to establish himself on his own, John French later moved farther south into the Jacinto area, where he hired on as a horse wrangler for Dr. Hugh James Glenn, a successful rancher and wheat farmer.

French was a short, wiry man who never weighed more than 135 pounds, and he knew how to handle horses and cattle. After learning Spanish and earning the respect of the vaqueros who worked on the Glenn ranch, French was appointed foreman. Sometime during this early period, he adopted the name Peter, or Pete.

Glenn’s large operation outpaced his ability to expand in the Jacinto area, so in 1872 he sent Pete French, a half dozen vaqueros, and a Chinese cook to move twelve hundred shorthorn cattle north into the elevated, short-grass western slopes of the Steens Mountain region of eastern Oregon. The availability of open unfenced land for grazing was diminishing in California as the state legislature had allowed wheat growers to fence off their land, thus removing it from open grazing. There they met a prospector named Porter, who readily sold French his few head of cattle, his squatter’s land rights, and his “P” brand, the start of French’s well-known P Ranch.

French settled his cattle in the Blitzen Valley, watered by the Donner and Blitzen River, which carried a steady supply of meltwater from Steens Mountain to Malheur Lake. With Glenn acting as financier and business partner, French expanded into the Catlow and Diamond Valleys. Eventually, his cattle operation covered between 150,000 to 200,000 acres. For Glenn, French ran 30,000 head of cattle and about 6,000 horses and mules. He also raised hay for feed during hard winters, an unusual practice in the region at that time. Some of the cattle herd was moved as many as two hundred miles south for annual sales at the nearest railhead in Winnemucca, Nevada.

In February 1883, while in California to deliver to Glenn the annual update on their operation in Oregon, French married Glenn’s daughter Ella. Within the year, Ella had born a son, Harold Glenn French. Ella declined to live in the rough open country of eastern Oregon, however, and remained in California. They divorced in 1891.

In 1893, agents of the recently deceased Hugh Glenn incorporated the French-Glenn Livestock Company and appointed French its president. At the P Ranch, French built a large frame house that was reportedly patterned on one of the Glenn residences. The house burned in 1947, leaving only a brick chimney and some nearby poplars.

Due to the vast size of the French-Glenn operation, subsidiary base camps were established at the Buena Vista, Diamond, Riddle, Roaring Springs, Barton Lake, and Sod House ranches. French was a hardened outdoorsman with limited education, but he was also an astute businessman and an expert administrator. The Pete French cattle operation was considered one of the best run and most profitable in the Pacific Northwest, as is noted in biographies of French.

French was known for having disputes with neighboring ranchers. On December 26, 1897, while opening a gate on the P Ranch to allow his cattle to move through, French was assailed and summarily shot dead by Ed Oliver, a local settler disgruntled because French was legally contesting the fences that settlers were creating on what some claimed were open public lands. Although neither French nor any of the ranch hands who were with him were armed, Oliver was quickly acquitted of charges on grounds of self-defense.

In 1906, the P Ranch was sold to the Eastern Oregon Livestock Company, owned by Henry L. Corbett, who in turn sold it to Swift & Company. In 1935, the company concluded that the land was unprofitable and sold it, including the P Ranch, to the federal government as an addition to the Malheur National Wildlife Refuge.

The buildings created across the P Ranch have largely survived and are part of the wildlife refuge in the Steens Mountain Cooperative Management Area. Chief among them is the Pete French Round Barn at the Barton Lake ranch site, because of its unusual shape and its careful restoration by state and federal agencies. At the site of the P Ranch, east of the town of Frenchglen, is the 150-by-50-foot Long Barn, whose roof is supported by tall juniper posts. The Sod House Ranch retains twelve original structures, including the house. 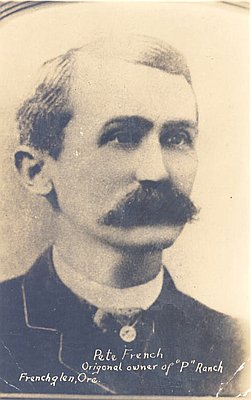 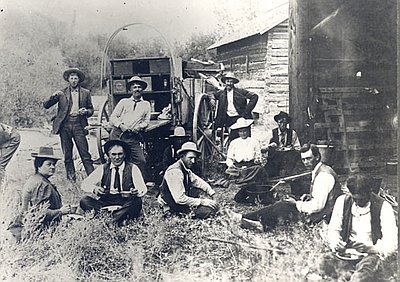 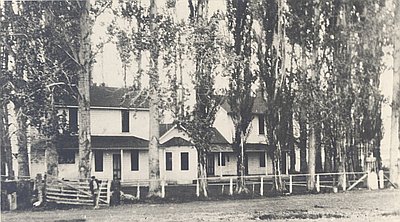 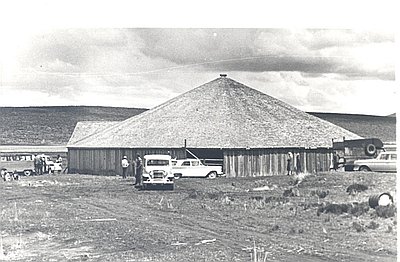 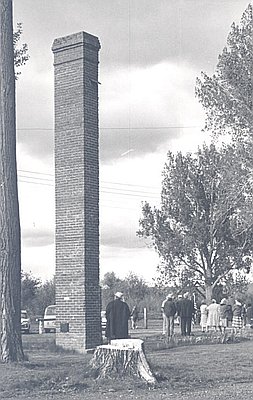 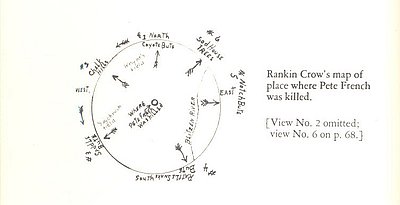 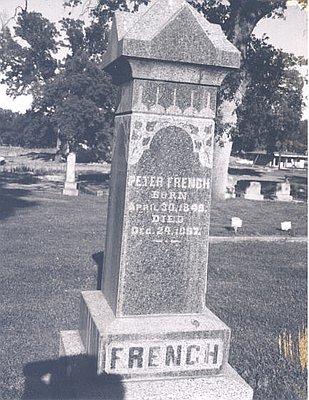