Isaac Williams Smith—a surveyor, explorer, and Civil War veteran—was known as the Father of Portland's Water System. He supervised the development and creation of the Bull Run, Mount Tabor, and Washington Park Reservoirs (the main water sources for the City of Portland), and engineered the Willamette Falls and locks in Oregon City. His enduring contributions to Oregon and the City of Portland helped the region to prosper and develop economically and to keep a clean and unlimited source of drinking water available to the public.

Smith was born in Fredericksburg, Virginia, in 1826 to Ophelia Williams and George A. Smith, an Episcopalian reverend who founded a school for boys and was the editor of the Southern Churchman. Isaac graduated from the Virginia Military Institute in 1847. A second lieutenant in Company K of the U.S. Voltiguers, he fought in the Mexican American War and worked as an assistant engineer, astronomer, and surveyor, helping establish the borders between Iowa and Minnesota and the boundaries for the Cherokee and Creek tribes.

After the Civil War broke out, Smith traveled back to Virginia in early 1862 and offered his services to the Confederate Army. As a captain in the Engineer Corps for the Army of Northern Virginia, he was in charge of pontoon bridges. He worked in Virginia for most of the war and played a critical role in the defense of Petersburg and the Confederate capital of Richmond. Smith surrendered with Robert E. Lee and the Army of Northern Virginia at Appomattox Courthouse on April 9, 1865.

In 1870, Smith found employment with the Northern Pacific Railroad, which sent him to Oregon City to direct the construction of locks and canals on the Willamette River and at Willamette Falls. The project linked the upper and lower river to allow for easier navigation and the transportation of goods. Smith, who was recognized as a skilled and detail-oriented engineer, finished the project in 1873, an expedient amount of time. It was “the oldest continuously operating multi lock system in the nation” until the Army Corps of Engineers closed it in 2011.

Smith was named chief engineer and superintendent of the Water Committee for the City of Portland in 1885. He began work on his most significant project in Oregon in 1886, when the city commissioned him to devise a plan for a new water system: a feasible, clean, cost-effective source of water that the growing city could use for several generations and that did not suffer routine threats of pollution, as the Willamette River did. Smith selected a section of the Bull Run River, a tributary of the Sandy River in the foothills of Mount Hood. Located just twenty-six miles from Portland, the river collects rain and snowmelt year round.

Smith oversaw every aspect of the system’s construction, which began in 1893. The reservoirs, bridges, roads, and other infrastructure were created to move water downstream, completely by the use of gravity. The twenty-four miles of pipeline connecting Bull Run to the City of Portland were completed in 1895 at a cost of nearly $3 million (about $86.5 million in 2015 dollars). The water flows into the Mount Tabor and Washington Park Reservoirs, which Smith also designed.

Isaac Smith never married or had any children. He contracted pneumonia in late December 1896 and died in Portland on New Year’s Day 1897; he was buried in River View Cemetery. The City of Portland continues to rely on the Bull Run, Mount Tabor, and Washington Park Reservoirs for its drinking water. 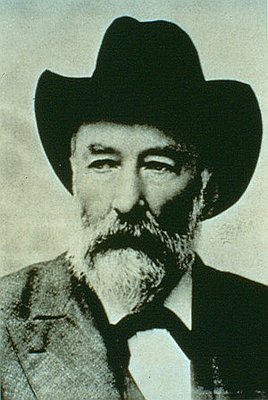 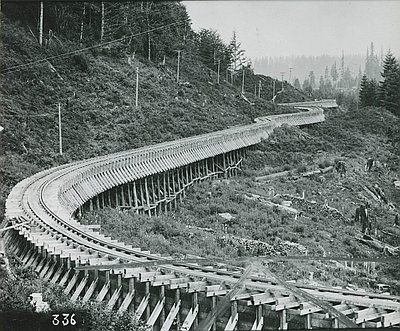 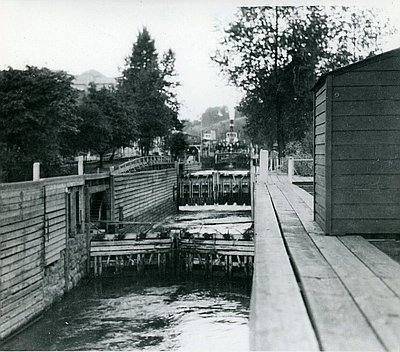 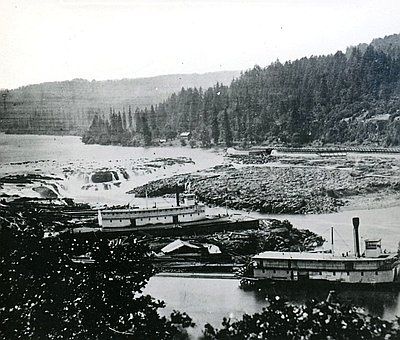 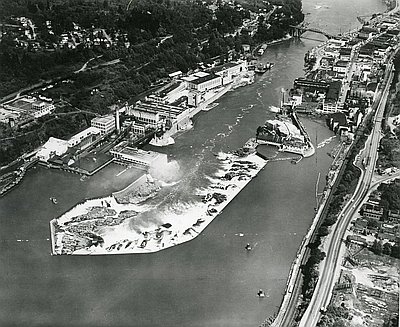 Lafayette “Lafe" Pence was a rascally sojourner to Portland who consistently made headlines during his time in the city, from 1904 and 1907. A skilled, if bombastic speaker, he was best known locally for using giant hydraulic mining hoses to sluice hills into Guild’s Lake in Northwest Portland.

Psychiatrist, activist, and author Ralph Shelton Crawshaw was an internationally recognized pioneer in health reform and physician education. He designed the Oregon Health Plan with John Kitzhaber and founded nonprofit organizations that advanced health policy in the public interest.

Crawshaw was born in Brooklyn in 1921. Though his English immigrant …