On August 14, 1848, Congress created Oregon Territory, a vast stretch of western America that included all or portions of five present-day states, including Washington. Within less than a decade, though, Congress agreed to split the area by calving off a new territory—Washington. The creation of Washington Territory in 1853 and the earlier political history of the Oregon Country stretches back to the early nineteenth century.

After the War of 1812, British and American negotiators agreed to the Convention of 1818, which established a joint-occupied region that both nations had previously claimed, an area west of the Continental Divide, north of the 42nd parallel, and south of the 49th parallel. The treaty specified a ten-year period of common resettlement, with no prejudice toward one nation eventually securing legal claim. By 1826, however, Britain requested consultations over the treaty. A series of meetings were held that ended in 1846 with the Oregon Treaty, which outlined the region that became the Oregon Territory two years later.

The portion of the region that lay north of the Columbia River, Northern Oregon, included Hudson’s Bay Company posts on the Cowlitz River and on south Puget Sound near the Nisqually River. During the late 1840s and early 1850s, overland and maritime immigrants settled Olympia on Budd Inlet, an arm of Puget Sound at the mouth of the Deschutes River. Others settled near Fort Vancouver on the lower Columbia River, at Whatcom Creek on Bellingham Bay, at Steilacoom north of Olympia, on Whidbey Island in Puget Sound, at newly established lumber mills at Port Townsend and Port Madison in Puget Sound, and in Seattle. Inland settlements included those near Hudson’s Bay Company posts, including Walla Walla, Colville, and Cowlitz Landing.

The Oregon Territorial legislature created two huge counties out of Northern Oregon—Lewis and Clark—and added four more in 1851—Thurston, Pierce, King, and Jefferson. But the legislature paid little additional attention to the political aspirations of people in Northern Oregon, who numbered an estimated 4,000 in 1853.

In August 1851, demand for representation prompted a meeting of county officials and commercially minded citizens at Cowlitz Landing to request that Congress create a new territory north of the Columbia. Calling for the establishment of Columbia Territory to include all lands of Northern Oregon, including the present-day Idaho Panhandle, the leaders of the Cowlitz Convention sent a petition to Congress, but little came of the effort.

Undaunted and to further their agenda, in September 1852 separation advocates began a newspaper, the Columbian, in Olympia. They planned a second convention to meet at Monticello, a thriving community at the confluence of the Lewis and Columbia Rivers and county seat for Lewis County.

The November 1852 convention at Monticello brought more focused leadership and a stronger petition to Congress. The delegates voiced frustrations steeped in patriotic language about their right to legitimate representation. The territorial seat, Salem, was too far from Northern Oregon residents, and only a minor portion of federal largesse and patronage benefits found their way north of the Columbia.

Ironically, the man who made Washington Territory a reality was Joseph Lane, Oregon’s territorial delegate, who likely saw slicing off Northern Oregon as a benefit for achieving Oregon statehood and his own prospects for political advancement. Lane argued that the small population of the proposed territory should not be a deterrent and that the economic benefit from commerce at Puget Sound would easily justify the new territory.

Congress passed the bill creating Washington Territory on March 2, 1853, changing the proposed name of Columbia to Washington to avoid confusion with the federal District of Columbia. A friend of Lane’s, Democrat Isaac Stevens of Massachusetts, received President Franklin Pierce’s nod as Washington’s first territorial governor on March 17, 1853, and arrived in Olympia, the territorial seat, in November to take up his duties. 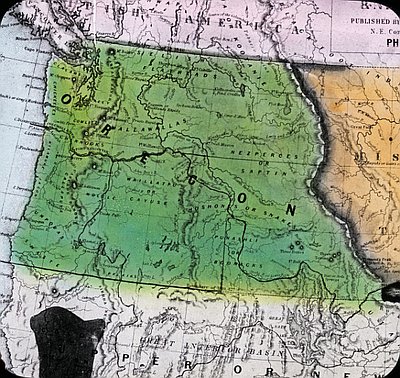 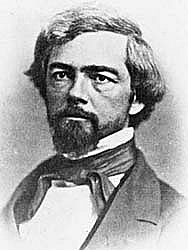