In 1805, William Clark called the 55-mile-long Sandy River the “quick Sand river” after attempting to cross the shallows at its mouth—and getting stuck. “I arrived at the entrance of a river which appeared to Scatter over a Sand bar,” Clark wrote in his journal for November 3, 1805, “the bottom of which I could See quite across and did not appear to be 4 inches deep in any part.” He attempted to wade the stream, “but to my astonishment found the bottom a quick Sand, and impassable.” He called to the canoes and hitched a ride; then, after a meal of goose and venison—the hunters had been successful—he and Meriwether Lewis walked up the river about a mile and half. Clark described it as a “verry Considerable Stream,” with two channels and two mouths forming an island about three miles in length. The first time the river appeared on a map was on one prepared by the expedition.

At the time, the area around the Sandy River was populated by the Clackamas Tribe; upriver from the Sandy were the Cascades Watlala people. In general, the area on the west side of the Cascades was Lower Chinook territory, sometimes called the Middle Chinook.

The Sandy River begins at Reid Glacier on the southwest slope of Mount Hood and flows generally west and north to its confluence with the Columbia just east of Troutdale. The lower mouth is at Columbia River Mile 120.5, and the upper mouth is at River Mile 123. At the time of Lewis and Clark, the Sandy was still ejecting large volumes of volcanic ash and sand from the last major eruption of Mount Hood, which probably occurred in the 1790s and formed the Sandy River Delta, today a popular recreation area.

The Bull Run River, a tributary of the Sandy, is the water source for Portland. The city got its drinking water from the Willamette River through the 1880s, when it became clear that it would soon outgrow its Willamette supply, which occasionally was fouled with sewage. In 1891, the legislature authorized the city to sell bonds to pay to develop a water supply from the Bull Run River, and it began delivering drinking water to Portland in 1895.

For more than ninety years, the Sandy and Little Sandy Rivers comprised a hydropower workhorse for the Portland General Electric Company (PGE) and its predecessors. The hydropower potential first was realized and studied in 1906 when the Mount Hood Railway and Power Company acquired land and water rights on the Sandy, Little Sandy, and Bull Run Rivers and built the 16-foot-tall Little Sandy River Diversion Dam. Between 1907 and 1911, legal challenges and insufficient financing slowed progress on the hydropower project, but equipment ordered in 1907 finally was delivered in 1911.

In 1912, the Bull Run project was taken over by the Portland Railway Light & Power Company, a predecessor of PGE. That year, the company built a wooden flume nearly 3.2 miles long to carry water from the Little Sandy River Diversion Dam downstream to Roslyn Lake, a 140-acre artificial impoundment, and the forebay and powerhouse (capacity of 22 million watts) at the outlet of the lake. Power generation began that September using water from the Little Sandy River. Below the dam, the Little Sandy flows into the Bull Run River.

Construction on the project continued. In 1912 and 1913, the company built the 47-foot-tall, 345-foot-long Marmot Dam on the Sandy River (the dam impounded an 18-acre lake but did not have hydropower generation), which diverted water from the Sandy to the Little Sandy River, and thus into Roslyn Lake, through a series of canals and tunnels, the longest of which ran 4,690 feet under the ridge between the two river valleys. The tunnels and flumes connecting Marmot Dam to the Little Sandy River and Roslyn Lake became operational on April 30, 1913.

The dams prevented salmon, steelhead, and trout from migrating to some 280 miles of habitat, primarily on the stretch of river above Marmot Dam. PGE decided that the $20 million potential cost of retrofitting the dams for fish passage, plus enhancement measures that would be required by the Federal Energy Regulatory Commission as part of a revised operating license, was too high, and that dam removal was cheaper and better for the fish.

PGE began decommissioning the project in 2007. Contractors finished the demolition of Marmot Dam on September 20 of that year. It is the biggest dam removal in Oregon to date and the tallest dam removed in the Northwest in forty years, according to PGE. The Little Sandy River Diversion Dam was removed the next summer. Removing the dams allowed the Sandy and Little Sandy to run free for the first time in ninety-six years.

Soon salmon were back in the rivers, where there is now ideal spawning and rearing habitat. PGE also donated 1,500 acres of the former hydroelectric project’s property as a nature preserve. Ten years of free-flowing river has been good for fish, the Oregon Department of Fish and Wildlife reported in 2017. The Sandy has seen increasingly strong returns of spring Chinook, in some cases double what they were a decade before Marmot Dam was removed. The 2017 adult spring Chinook return to the Sandy River was estimated at 8,124 adults, the biggest run since 2004 and the third highest since at least 1980. There also are resident fish species, including trout and bull trout in the Sandy and a run of smelt (eulachon) that has varied in numbers over the years. Fisheries are allowed when the runs are robust.

The Sandy River, just 25 miles or so east of Portland, long has been a popular recreational destination. Dodge Park, at the confluence of the Bull Run River and the main Sandy channel, was a popular beach and cooling-off spot for swimmers and picnickers as early as the 1920s, when the park could be reached by automobile or an electric train from Portland. Today, approximately 25 miles of the Sandy is designated wild, scenic, or recreational. A total of 12.5 miles of the river between Dodge Park and Dabney State Park have been designated an Oregon State Scenic Waterway and a federal Wild and Scenic River. 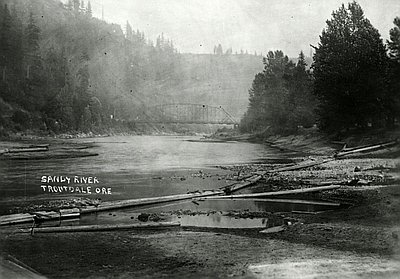 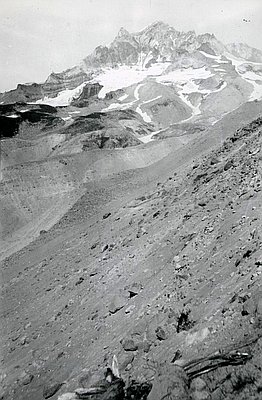 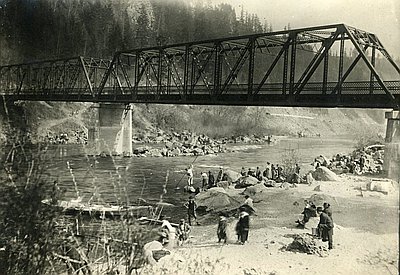 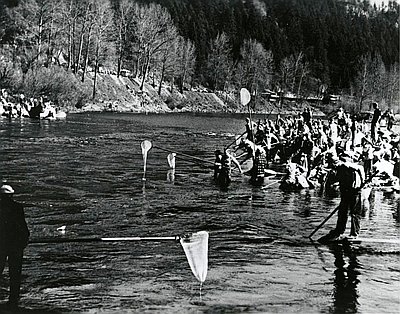 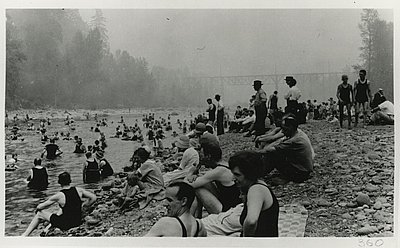 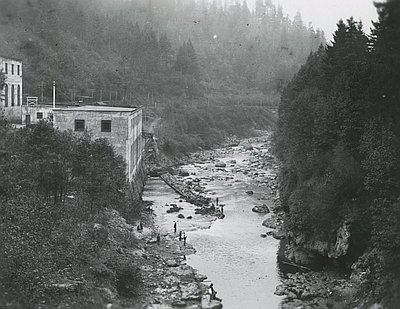 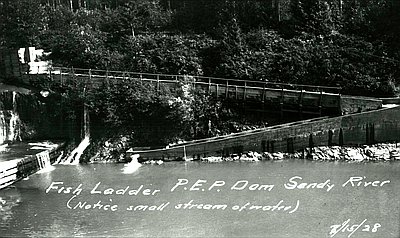 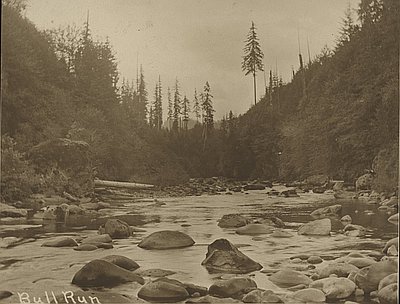 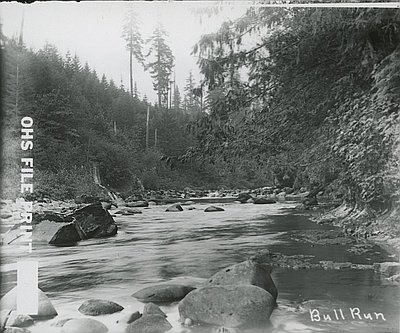 Journals of the Lewis and Clark Expedition, http://bit.ly/2BfGtpM.