Mercedes Deiz was a trailblazer in the Oregon legal community. She was the first Black woman admitted to the Oregon State Bar and, when she was sworn in as a judge of the Multnomah County District Court on January 6, 1970, she became the first woman of color to be an Oregon judge. That appointment also made her the only woman then serving in that capacity. Deiz gave generously and freely of her time to young lawyers and students and was a valued mentor to young lawyers of color. “She saw her role in the right way,” longtime colleague Ellen Rosenblum said, “not just being the first, but making sure there were many more to follow her.”

When a Multnomah County circuit court position with jurisdiction over family and juvenile matters was created, Jean Lewis, Oregon’s first female circuit court judge, and others urged her to run for the position. Deiz campaigned vigorously, besting the field of seven male challengers in the 1972 election, and became the first Black circuit court judge in Oregon and the first Black Oregonian elected to state office. She won each of her subsequent election races.

A first-generation American, Mercedes Frances Lopez was born on December 13, 1917, in New York City, the oldest of ten children. Her mother was from Bohemia, now part of the Czech Republic, and her father was Afro-Cuban. She attended the first three grades of school in Harlem before the family moved to New York’s Lower East Side, which she described as a “polyglot neighborhood” where everybody was a foreigner except for the children. She graduated from high school at age sixteen during the Great Depression and took a job at The Tailored Woman, a high-end specialty store on Fifth Avenue, where she earned a dollar a day cleaning dressing rooms.

Through the Urban League, Lopez found a more rewarding position at the Lafayette Theatre in Harlem, part of the WPA’s Federal Theatre Project. She worked at the theater for four years as an usher and telephone operator and got to know such luminaries as John Houseman and Orson Welles. The manager’s brother was DeNorval Unthank, Portland’s only Black physician. She took night classes in French in order to qualify for admission to Hunter College. Once she became a student at Hunter College, she went to classes by day and worked on the switchboard at night. Through the theater, she met Billy Owens; they married and had one son. When the Federal Theatre Project ended, she found office work with the Hotel and Club Employees Union, organizing the workers there, and later worked as an art coordinator for a fashion advertising agency.

In February 1948, Mercedes arrived in Portland, where her brother Paul lived, to get a divorce. She became immersed in civil rights work, as well as the social life of the city’s Black community, centered in the Albina neighborhood. Through Temple Beth Israel cantor Michael Loring, whom she had known in New York, she found temporary work at the IRS. It was there that she met Portlander Carl Deiz, who had recently graduated from the University of Portland. They married in October 1949, and both took jobs at the Bonneville Power Administration. She was also active in Portland’s civic life, taking part in the Urban League and the NAACP and attending World Affairs Council of Oregon programs at Reed College and the Interracial Fellowship Group, which promoted understanding among women of different races and cultures.

After the birth of her third child, she found work as a legal secretary and quickly showed an aptitude for the law. Her boss, Graham Walker, encouraged her to go to night law school and paid her first semester’s tuition at Northwestern College of Law (now Lewis & Clark Law School) in 1955. She graduated four years later as the only female and the fourth in class standing. Much to her chagrin, she failed the bar exam but passed on her second attempt.

Deiz had her first trial in October 1960, reported in the Oregonian because she was the first Black woman admitted to the Oregon Bar. After about seven years of private practice, she became a hearings officer for workers’ compensation cases, the only woman in that role. Two years later, she got the call from Governor Tom McCall that would lead to twenty-two years on the Multnomah County bench. She retired, with reluctance, in 1992 because of Oregon’s mandatory retirement for judges at the end of the calendar year in which they reach age seventy-five.

Throughout her career, Deiz was a leader in civic and legal organizations, including being a founder of Oregon Women Lawyers and the National Association of Women Judges. Her work was recognized with numerous honors and awards, including the Oregon Women Lawyers Judge Mercedes Deiz Award, and the Oregon State Bar’s Award of Merit, the fourth woman and the first person of color to receive the award. Mercedes Deiz died in Portland on October 5, 2005. 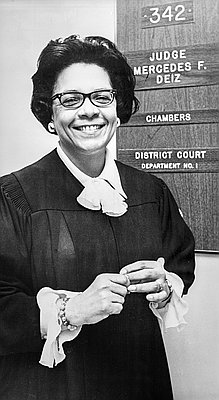 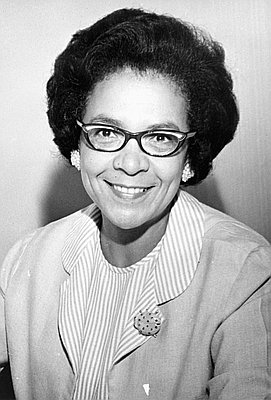 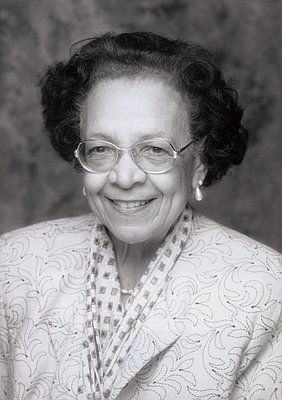 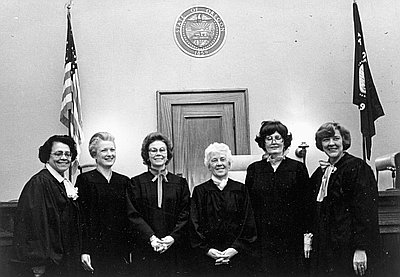 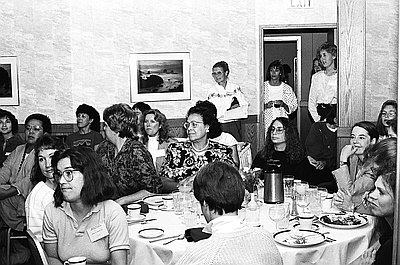 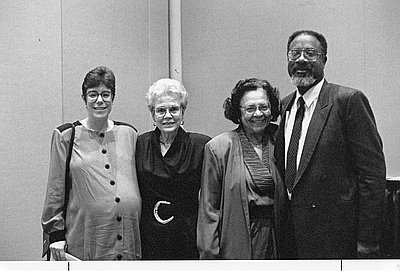 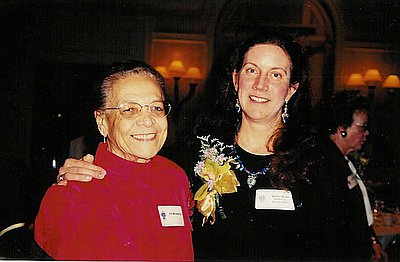 In 1929, Portland was a city deeply divided. Its small population of African Americans lived uneasily among their white neighbors. Only three years had passed since Oregonians had voted to amend their constitution to allow Blacks to permanently settle in Oregon, and there was little employment open to African Americans. …

In 1883, British scholar Richard Hopwood Thornton and Matthew Paul Deady, Oregon's sole federal district court judge, took steps to found a night law school for Oregon. In 1884, they persuaded the University of Oregon to establish the school in downtown Portland, with Thornton as professor-in-charge. Law classes began that …