The Willamette Falls Railway was built by the Portland General Electric Company (PGE) in 1893 to carry employees from the town of Willamette to its West Linn power station. The original three-mile route, from a point near the Tualatin River to West Linn, opened in February 1894 using a streetcar borrowed from Portland’s East Side Railway. Two new Brill cars arrived soon thereafter.

The railway’s isolated location limited ridership, but it did develop as a lumber carrier. In April 1894, a locally built electric locomotive began hauling cordwood cut along the Tualatin River to the paper mill in West Linn.

On December 31, 1907, ownership of the line was transferred to a subsidiary of PGE, the Portland Railway, Light & Power Company, which completed a half-mile extension north from West Linn to Magone and added one of their interurban cars to the roster. This short addition gave the WFR a recreational destination since Magone Station was a short walk from an amusement park on the shore of the Willamette River named Magone's Park.

The Portland, Eugene and Eastern (PE&E) bought the Willamette Falls Railway on November 8, 1912, and further extended the tracks to Walling, near Lake Oswego. The company also built a spur to the log dump at Willamette Falls and bought a new steeplecab locomotive, No. 100, to handle a growing number of freight (log) trains.

When all PE&E properties became part of the Southern Pacific Railroad in 1915, there were plans to use part of the Willamette Falls Railway right-of-way for an interurban route to Salem, but it was never built.

The Southern Pacific focused on hauling logs, the main source of railway revenue, but independent crews operating the trolley line provided an impressive service to riders. In 1925, streetcars departed from West Linn forty-five times a day, from 6:05 a.m. until 12:25 a.m.

Willamette Falls Railway trackage totaled more than eight miles. Streetcars operated over the 4.6 miles between Magone and Tualatin River, while the West Linn Logger ran to the northern terminus at Walling. Passenger service was discontinued in 1930, three years before the railway ceased operation. 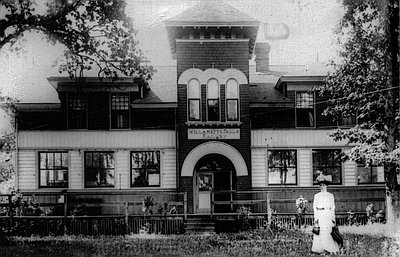 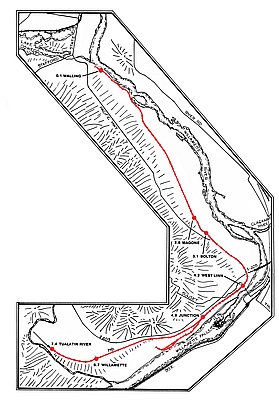 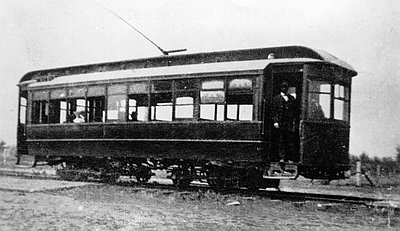 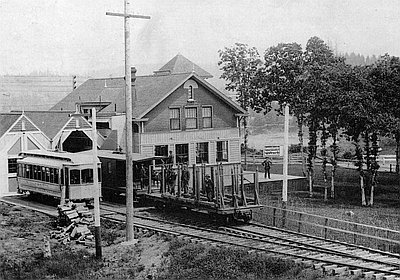