The Baker City Street Railway Company began operation on June 4, 1890, with two cars and six horses. The enterprise was initially headed by John Geiser, whose family owned the largest gold mine in the Northwest.

For a decade, horse-drawn streetcars provided transportation between the train stations and downtown hotels, running on Centre Street (now Broadway) from the Oregon Railway and Navigation and Sumpter Valley Railway depots to Front Street (now Main), then along Front to Auburn Street. A planned extension into the Willowvale District was never built.

When the company had difficulty meeting expenses, City Councilman Charles L. Palmer and hardware merchant Charles M. Sage led it through several reorganizations. Palmer was president of the company in 1892, when it became the Baker City Street Railway and Motor Company. The change in name was a response to and perhaps a merger with the short-lived East Side Street Car and Motor Company, which hoped to build east to the city limits, reportedly by way of Campbell Street. In 1904, when the company was reorganized as the Baker City Electric Street Railway, Sage became president, and Palmer was named vice president.

Baker City’s street railroad was hoping to electrify when sporadic operation foreshadowed the end. In June 1899, the railway announced the resumption of service after a lengthy shutdown, yet it was not operating the following March. By 1902, citizens were petitioning to have the tracks declared a nuisance.

In an effort to revive the railroad, Palmer persuaded the city council to grant a franchise for a new electric railway, but financial reversals halted construction in 1904. A scheme to restore streetcar service as part of a proposed interurban line between Baker City and North Powder in 1907 also came to naught. The entrepreneurs who built Baker City's street railway had anticipated a growth that never came. Even so, the state's shortest streetcar line survived long enough to also gain the distinction of being its longest-lasting horsecar operation. 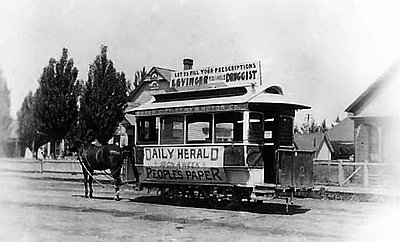 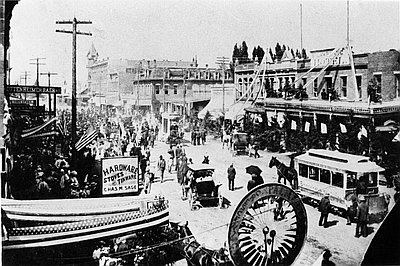 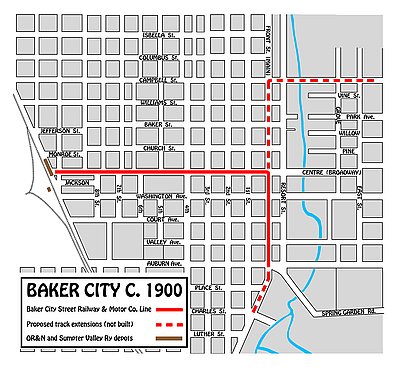