In 1906, two companies were granted street railway franchises in Klamath Falls. The Klamath Canal Company wanted to build a line to its Buena Vista Addition along the west side of Upper Klamath Lake, while the Klamath Development Company intended to serve the Hot Springs Addition on the east side of town. The companies planned separate tracks through the center of town until the city council stipulated a single-track operation along Main Street, with the first company to lay tracks collecting usage fees from the other.

The Klamath Land and Transportation Company, under the leadership of William K. Brown, won the race by hauling in secondhand rail from an abandoned logging railroad. Soon thereafter, the Klamath Development Company dropped its railway plans. If it had not not been for municipal heavy-handedness, Klamath Falls might have had two railway lines.

A former Sutter Street Railway horsecar from San Francisco inaugurated service on July 4, 1907. In August, the line crossed the new Government Canal bridge to a northern terminus near the Upper Lake docks on Front Street.

In 1909, an extension was built to the Southern Pacific Railroad depot on Spring Street and Oak Avenue. A new set of wheels reduced derailments caused by rough track, yet now the little car, which was to have been a temporary expedient until a gasoline rail car arrived, was struggling over three and a half miles of track.

New President Evan R. Reames applied for a franchise to electrify the system, but it was revoked in 1910 after the company failed to arrange for an adequate source of electric power. Streetcars were operated by the city until crews began removing rail on May 9, 1911. 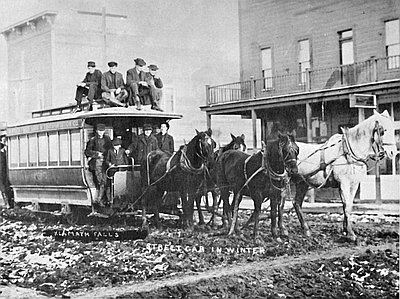 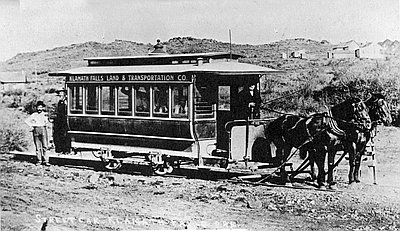 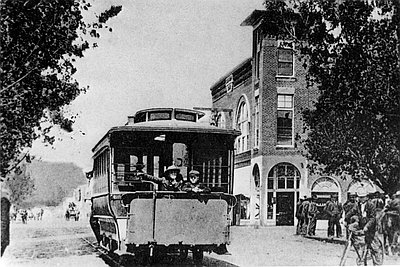 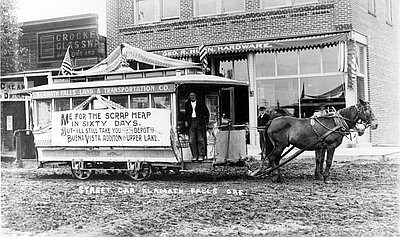 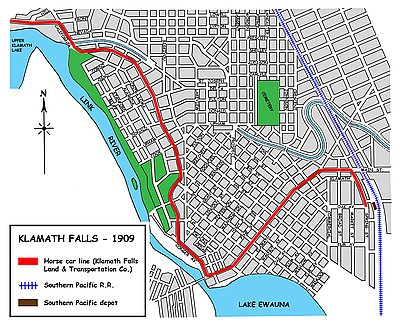