The Albany Street Railway Company began operation on August 30, 1889, with a one-mile horse-car line that ran from the Southern Pacific depot to downtown by way of Lyon Street and First Avenue, terminating at Second and Washington. Car No. 1 was manufactured locally by A.J. Anslyn and the Albany Iron Works.

In 1892, an extension was built from the train station south to the Goltra Addition. A steam dummy engine pulled Car No. 1 over the half-mile route, which ended near the orphan home run by the Ladies Aid Society. Steam dummies were small locomotives housed in streetcar-like bodies that were believed to be attractive, as well as less frightening to horses.

William H. Goltra, a banker and Street Railway vice president, was responsible for procurring the engine, but the railway found it too expensive to operate. In 1895, the decision was made to abandon both it and the branch to Goltra Park.

Surprisingly, this was not the end of Albany's flirtation with steam-powered transit. The Albrany Street Railway tried one more time, replacing the dummy train with a Pullman coach pulled by a "dinky" Porter locomotive acquired secondhand from Jacksonville, Oregon. Unfortunately, this locomotive proved no more efficient than the first. By 1900, the first street railway in the Willamette Valley to mechanize operations reverted to horse-drawn streetcars.

Electrification of the Albany Street Railway came after its acquisition by the Portland, Eugene and Eastern Railway on December 31, 1908 (the Southern Pacific Railroad later purchased the Portland, Eugene and Eastern Railway in 1915). Two trolleys served Albany’s single route. Interestingly, there is no mention of a car barn after the horse cars were retired. The new electric streetcars were apparently kept in a railway yard, and they were swapped with cars from the Southern Pacific’s Salem or Eugene streetcar systems when they needed maintenance.

As it happened, trolleys would reign in Albany for less than a decade. In 1918, the city that had inaugurated the first motorized street railway in the state outside of Portland became the first to abandon streetcars. 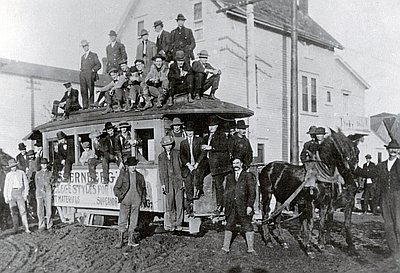 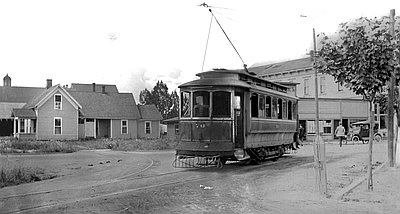 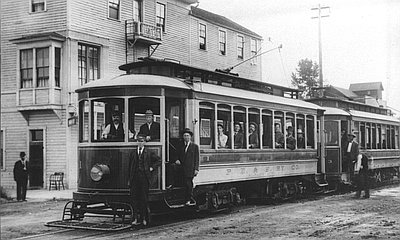 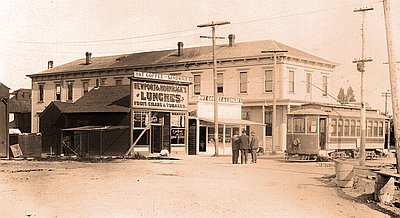 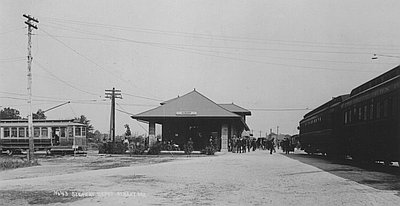 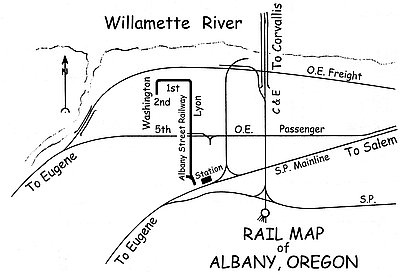 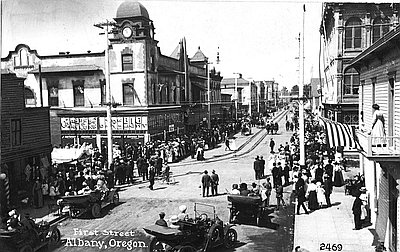 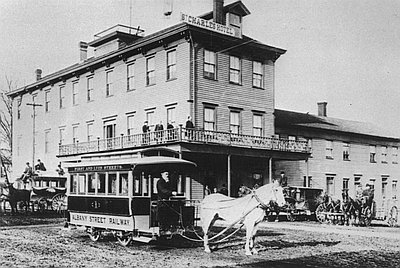 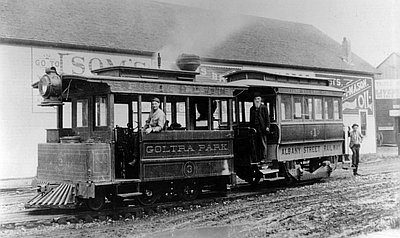 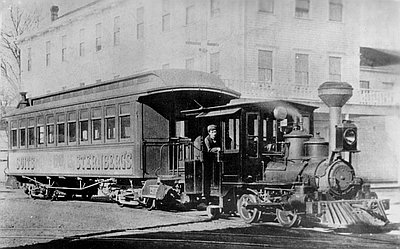