In 1911, the purchase of the first battery-powered streetcar in the West catapulted the little Washington County town of Cherry Grove into the vanguard of cities using a new technology. The innovative streetcar operation was part of a short-line steam railroad whose primary purpose was to haul wood products from a new lumber mill.

The mill and its railroad were the brainchild of August Lovegren, a Swedish immigrant who arrived in the Patton Valley, eleven miles south of Forest Grove, in 1910. On January 17, 1911, Lovegren and his sons Phillip and Levi incorporated the Willamette Valley and Coast Railroad to serve the Lovegren Lumber Company. The railroad would become a common carrier, transporting passengers, as well as lumber, agricultural products, and mail over a 5.8-mile line between Cherry Grove and Patton Junction, where it connected with the Southern Pacific Railroad.

Although never realized, the railroad’s name reflected plans to extend tracks through the Coast Range to the Pacific. It was the second railroad to be so named: Colonel Thomas Egenton Hogg had organized a railway of the same name in 1874, when he began building a line from Yaquina City to Corvallis. The new WV&C was completed in September 1911. Regular service commenced on June 30, 1912, using a former Northern Pacific Railroad 4-4-0 steam engine. Until management began exploring more efficient motive power, passengers rode in a combination passenger and freight coach.

In the summer of 1912, the Lovegrens replaced a Mitchell automobile fitted with flanged metal wheels with a battery-powered streetcar. The new streetcar was expensive, but it allowed the company to establish trolley service without installing overhead wires and poles. Each evening, WV&C No. 10 returned to the locomotive shed for recharging. Wireless trolleys were used in several cities throughout the 1920s. Similar technology is now being applied to streetcars, as recent improvements in battery technology have prompted renewed interest in this type of vehicle.

Oregon’s only battery-powered streetcar was manufactured by the Federal Storage Battery Car Company of Silver Lake, New Jersey, whose vehicles were designed by Ralph H. Beach and powered by Thomas A. Edison’s newly perfected rechargeable batteries, the predecessor to today’s alkaline batteries. No. 10 was a 28-foot-long, eight-wheeled, Edison-Beach car. It weighed nine tons due to the 190 batteries that powered its two five-horsepower motors. Forty-five riders could be accommodated at speeds up to 35 miles per hour.

The Lovegren Lumber Company grew to a thirty-acre complex, including a sawmill, a planing mill, and a sash and door factory, before falling victim to natural disaster. It closed after suffering damage in a 1914 dam washout. The next year, August Lovegren sold the company to the Haskell-Carpenter Lumber Company, which reopened the sawmill and railroad. The mill closed in 1957.

The light electric streetcar, nicknamed The Galloping Goose because of the way it swayed on the tracks, served Cherry Grove with twice-daily trips until the late 1920s, when it was replaced by an acrid-smelling gasoline railcar called The Skunk. Both passenger and freight traffic ceased two years before the Willamette Valley and Coast Railroad applied for abandonment on July 27, 1935. 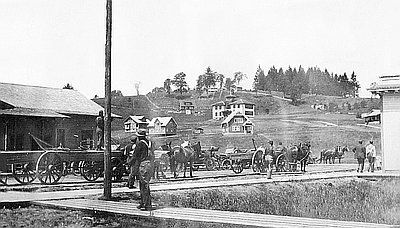 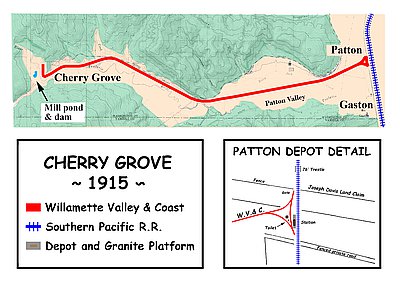 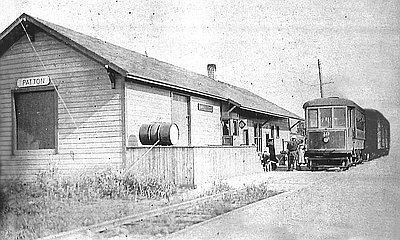 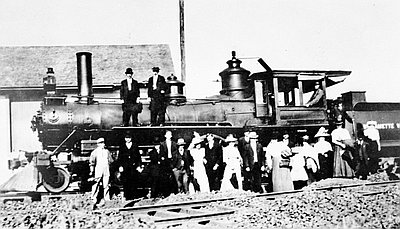 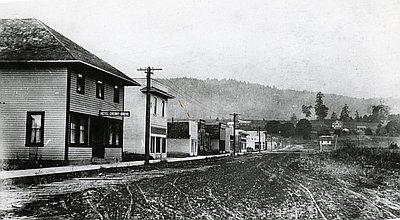 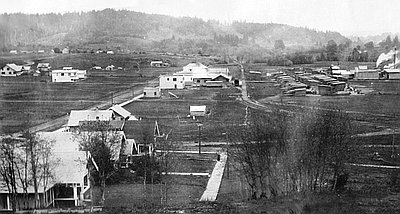 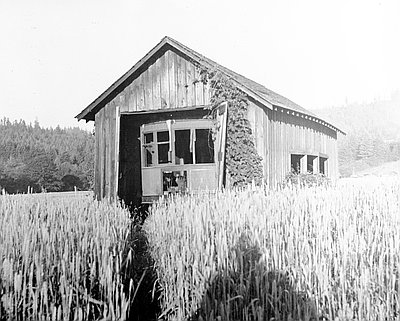 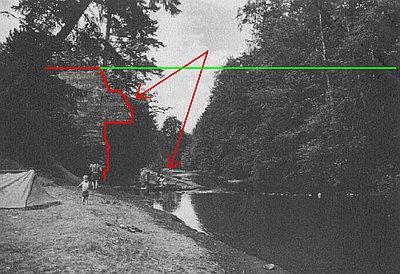 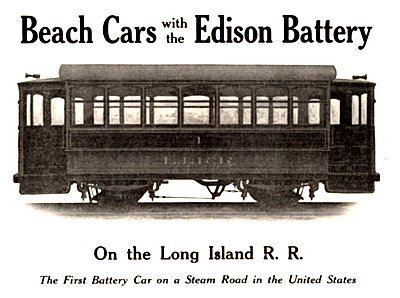 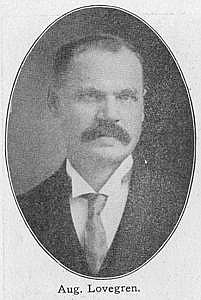 Nixon, Brigetta. Cherry Grove: A History from 1852 to the Present: American Revolution Bicentennial Commission of Oregon, 1971.

In 1906, E. W. Haines, an Oregon state senator and banker, led the Forest Grove Transportation Company’s efforts to construct a streetcar line between downtown Forest Grove and the train station, located a mile south of town. An 1872 land donation had prompted the Oregon & California Railroad to build its …

The majority of Portland’s oldest neighborhoods owe their location and growth to the development of street railways. The pattern displayed on modern maps still reflects the pioneering streetcar lines radiating from downtown; Portland's Irvington Neighborhood is renowned for being an exemplar of a classic early twentieth century "streetcar suburb."

The Willamette Falls Railway was built by the Portland General Electric Company (PGE) in 1893 to carry employees from the town of Willamette to its West Linn power station. The original three-mile route, from a point near the Tualatin River to West Linn, opened in February 1894 using a streetcar …