Alexander Phimister Proctor, an American sculptor known for monumental bronzes of animals and human figures, placed six major works in Oregon private collections and public places between 1911 and 1932. These remain on view in Salem, Eugene, and Pendleton, as well as in Portland, where, he asserted, “art appreciation . . . is keener and more discriminating than in any other Western city that I have ever visited.”

Proctor was born in Bosanquet, Ontario, Canada, but as a child moved with his family to Denver, where he grew up and established his identity as a “Westerner.” That association became central to his professional persona even though he spent long periods elsewhere, and his feat of killing an elk and a bear on the same day in 1876, when he was sixteen, figures prominently in commentaries on his life. The critic Royal Cortissoz described Proctor as “the naturalist-hunter and the sculptor,” and Proctor himself considered his hunting and sculpting to be related and complementary masculine endeavors.

Selling a homestead in 1885 to finance his education, Proctor moved to New York City to study painting and drawing at the National Academy of Design and then took courses at the Art Students League. A promising wildlife painter, he turned to sculpture in 1887, establishing himself as an animalier in the tradition of the French sculptor Antoine-Louis Barye. He trained in France and won the Prix de Rome in 1898 and a gold medal at the 1900 Paris Universal Exposition. He then assisted the great American sculptor Augustus Saint-Gaudens, whose example prompted him to work with human figures as well as animals. Proctor’s sculpture embodies Beaux-Arts ideals that, especially in the United States, provided an elegant—and in Proctor’s hands, virile—alternative to modernism in the early decades of the twentieth century.

Proctor returned frequently to Colorado and traveled to the Pacific Northwest and Canada to hunt, hike, and camp. He had family near Seattle and saw the Northwest as fertile ground for commissions. Portland was particularly fruitful. In 1911, his work was exhibited at the new Portland Art Museum, which purchased his Indian Warrior (1898; cast 1900-1902), the first original sculpture to enter the collection. Thus began a long, cordial relationship with Oregon.

Proctor’s Oregon commissions include the equestrian monument to Theodore Roosevelt (dedicated 1922; Park Blocks, Portland), Circuit Rider (dedicated 1924; Capitol grounds, Salem), and Oregon Pioneer Mother (dedicated 1932; University of Oregon, Eugene). He lived for a time near Pendleton, and his monument to the Umatilla County Sheriff Tillman D. “Til” Taylor, who was shot and killed in a jailbreak in 1920, was dedicated there in 1929. Perhaps Proctor's most aesthetically pleasing work in Oregon is the relief of three stalking lions commissioned by Wilson B. Ayer in 1913, willed to the Portland Art Museum in 1935, and conserved and installed in the museum’s sculpture court in 1998.

Proctor is also represented at the Metropolitan Museum of Art, the Brooklyn Museum, the Smithsonian American Art Museum, and numerous others, including the A. Phimister Proctor Museum in Poulsbo, Washington, established in 1997 by the artist’s grandson. Monuments by Proctor are located in Denver, Washington, D.C., Pittsburgh, and other cities. His supreme accomplishments are considered to be the equestrian, multi-figured Pioneer Mother in Kansas City, Missouri, and the two-man, two-horse monument to Robert E. Lee in Dallas, Texas. 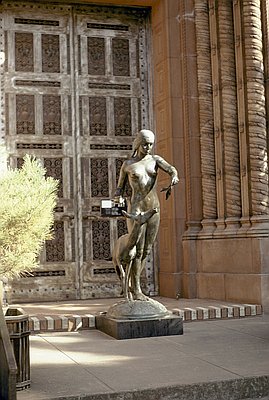 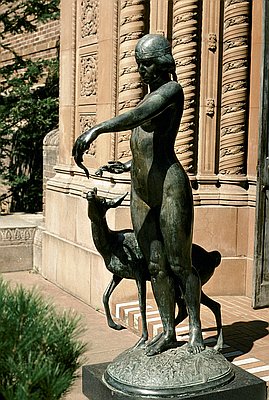 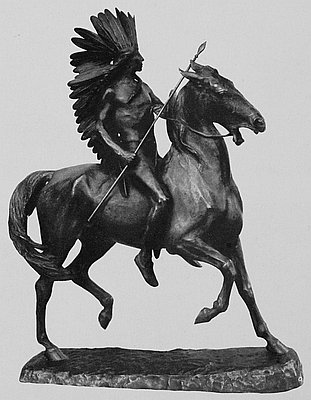 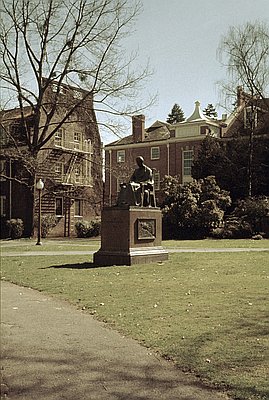 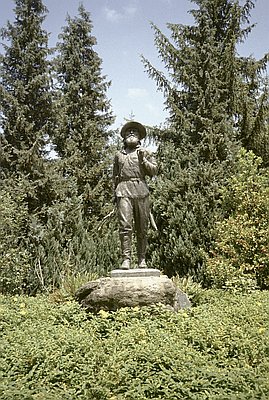 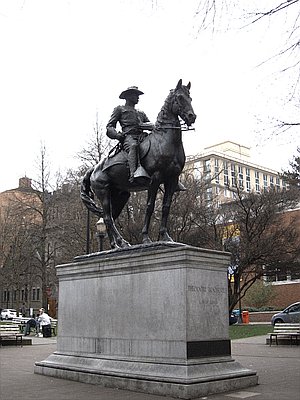