Sculptor Jan Zach, who joined the faculty of the University of Oregon in 1958, had an international reputation. He worked in a variety of media to create sculptures that celebrate courage and freedom in the face of oppression, a life-long concern of Zach's that was rooted in his opposition to the Nazi and then Communist control of Czechoslovakia, where he was born.

Zach, the youngest of sixteen children in a working-class family, was born in the medieval town of Slaný, northwest of Prague. At age fifteen, he left home to earn his living in Prague by painting theater posters and singing in pubs. He apprenticed with several well-known painters, but it was the work of the sculptor Zdeněk Pešánek (with whom Zach never studied directly) that deeply affected him. Pešánek created illuminated kinetic sculptures designed as outdoor advertising apparati for electric substations and commercial buildings in Prague. The intersection of art, technology, and civic space became an abiding interest for Zach.

While Zach was in New York City in 1938, decorating the Czech Pavilion at the 1939 World's Fair, the Nazis invaded Czechoslovakia. Zach never returned. He spent the 1940s in Brazil, joining the international art scene in Rio de Janeiro. He had large exhibitions of his paintings and drawings at the National Museum of Fine Arts in 1943 and the Institute of Brazilian Architects in 1948. He also worked as a commercial artist in Rio.

Zach married Canadian Judith Monk in 1947, and they moved to the rural interior of Brazil. Inspired by the plant forms and light-shadow effects of tropical Brazil, Zach turned to sculpture.

In 1951, the Zachs relocated to her hometown of Victoria, British Columbia, where Zach established an art school and helped introduce contemporary art to the city's conservative scene. He was inspired by the logs and rocks on the ocean beaches of the province. Some of his most expressionistic works, such as Resistance (1955; Hallie Ford Museum of Art), are carved from battered logs.

Zach was hired in 1958 to teach sculpture at the University of Oregon. His first major work in Eugene was the violently expressive Prometheus (1958; University of Oregon), made of cast iron, sand, and cement. He was part of the mid-century casting revival in American sculpture, and such works as his cast aluminum Three Rivers (1964), created for the plaza of the recently razed Eugene City Hall and now in temporary storage, recall the Prague Baroque sculpture that he admired in his youth.

Zach's most innovative works are engineered from sheets of stainless steel. His Flower of Freedom series, for example, combines gleaming, modernist aesthetics with Zach's passionate endorsement of human freedom. A related work, Can-Can (1968-1969), was a fifty-foot-high motorized sculpture commissioned by the Meier and Frank Company for its Valley River Center in Eugene. Zach considered Can-Can to be the culmination of thirty years of experimentation with movement in sculpture and sheet metal as a medium. It was dismantled and discarded in 1989, three years after the artist's death in 1986.

Zach's work is in public and private collections in the Czech Republic, Brazil, Victoria, and Oregon. A large selection of his sculptures and maquettes is in the collection of the Hallie Ford Museum of Art at Willamette University, where his papers are archived. 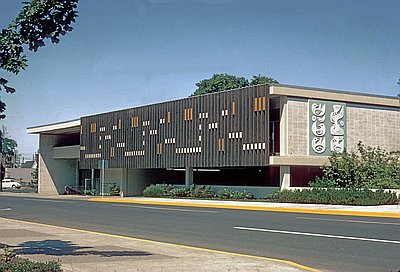 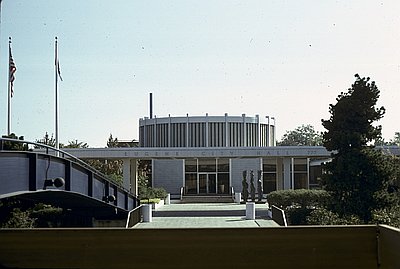 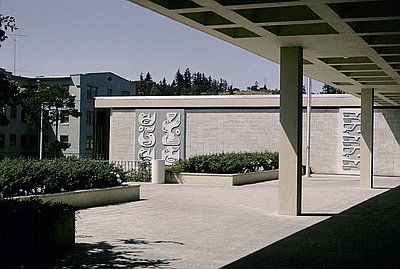 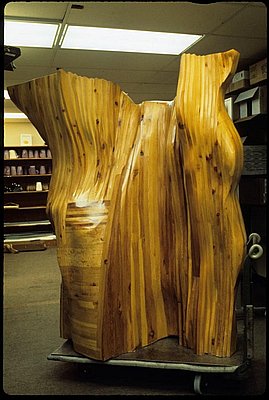 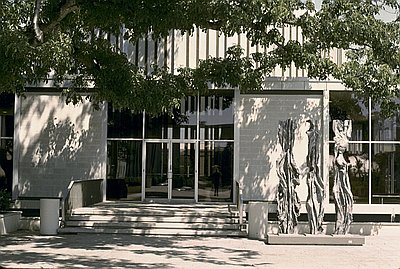